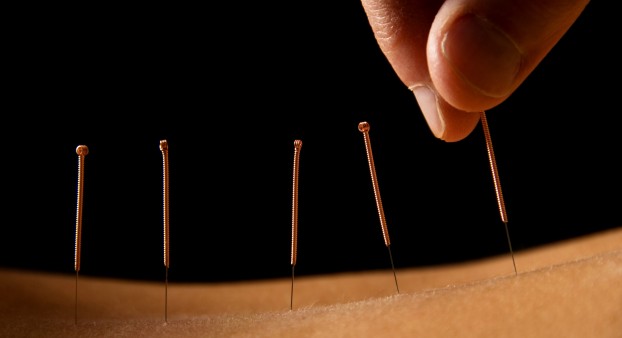 Reducing the side effects of aromatase inhibitors may help women stay on treatment.

Acupuncture may offer an option for managing joint pain and stiffness in women receiving hormone therapy for breast cancer, according to results from a large randomized controlled trial presented this week at the San Antonio Breast Cancer Symposium.

“We were very pleased to see acupuncture had durable beneficial effects with no significant side effects in a large, rigorous clinical trial,” said researcher Dawn Hershman, MD, of the Herbert Irving Comprehensive Cancer Center in New York. “We hope that these data will not only encourage health care practitioners to discuss acupuncture as a complementary therapy for patients receiving aromatase inhibitors but that they will also enhance payers’ willingness to reimburse these patients for acupuncture.”

Breast cancer is classified based on the receptors that appear on tumors, which indicate what type of treatment is likely to work. About 80 percent of breast tumors express estrogen or progesterone receptors (known as being hormone receptor positive) and grow faster when exposed to estrogen. Treatment often involves hormone therapy, which may either directly block estrogen receptors, like tamoxifen (Nolvadex and generics), or interfere with an enzyme called aromatase that converts other hormones into estrogen, like Arimidex (anastrozole), Aromasin (exemestane) and Femara (letrozole).

Aromatase inhibitors are effective at slowing breast cancer growth and preventing cancer recurrence, but they can cause side effects including joint pain (arthralgia), muscle aches, hot flashes and bone loss. Treatment usually lasts five years or more, but many women stop treatment early or do not take it consistently because of side effects.

Hershman and colleagues designed a randomized clinical trial to evaluate acupuncture for relieving joint symptoms in women taking aromatase inhibitors. The National Cancer Institute sponsored the research, and Hershman stressed that this type of research cannot be done without government funding.

This Phase III study enrolled 226 postmenopausal women with early-stage hormone-sensitive breast cancer. They had been on aromatase inhibitors for about a year, on average. The median age was about 60, half had used prior chemotherapy and about one in five had previously had acupuncture for conditions other than joint pain.

Procedures like acupuncture are difficult to study because it is hard to rule out the placebo effect, which occurs when an inactive treatment improves symptoms because a patient expects it to work.

Nearly 60 percent of the women in the true acupuncture group had at least a two-point reduction in their worst pain scores, compared with just over 30 percent in the other two groups. Women who received true acupuncture also had significantly lower average pain levels and joint stiffness levels, as well as lower scores on standardized measures of hip and knee pain and hand pain. The benefits were maintained when the women switched from twice-weekly to once-weekly acupuncture and even continued for three months after completing the treatment.

Acupuncture was generally well tolerated. The most common side effect was mild bruising, reported by around half of the women in the true acupuncture group and a quarter of those in the sham acupuncture group.

“We have shown consistently, with multiple measures assessing pain and stiffness, that true acupuncture generated better outcomes than either control group in a large multicenter randomized controlled trial,” the researchers concluded.

Hershman added that acupuncture offers a non-pharmacological alternative for patients who are reluctant to take more medications along with their cancer treatment and noted that non-opioid pain relief options are an urgent public health need.

However, the cost—$1,250 for 18 sessions in this study—can be a barrier to access, and acupuncture is not usually covered by insurance. With these results, the researchers said, “We feel there is now sufficient evidence to support insurance coverage of acupuncture for aromatase inhibitor arthralgia.”

Click here to read a press release about the study.