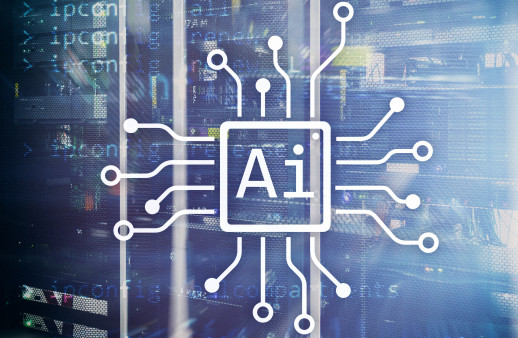 An artificial intelligence (AI) model trained using sequential health information derived from electronic health records identified a subset of individuals with a 25-fold risk of developing pancreatic cancer within three to 36 months, according to results presented at the AACR Annual Meeting 2022, held April 8-13.

“At the moment, there are no reliable biomarkers or screening tools that can detect pancreatic cancer early,” said Bo Yuan, a PhD candidate at Harvard University, who presented the study. “The purpose of this study was to develop an artificial intelligence tool that can help clinicians identify people at high risk for pancreatic cancer so they can be enrolled in prevention or surveillance programs and hopefully benefit from early treatment.”

Pancreatic cancer is an aggressive cancer type that is often diagnosed at later stages due to its lack of early symptoms and therefore has a relatively poor prognosis, said Davide Placido, a PhD candidate at University of Copenhagen and co-first author of the study. Detecting pancreatic cancer earlier in the disease course may improve treatment options for these patients, he noted.

“We were inspired by the similarity between disease trajectories and the sequence of words in natural language,” Yuan said. “Previously used models did not make use of the sequence of disease diagnoses in an individual’s medical records. If you consider each diagnosis a word, then previous models treated the diagnoses like a bag of words rather than a sequence of words that forms a complete sentence.”

The researchers trained their AI method using electronic health records from the Danish National Patient Registry, which included records from 6.1 million patients treated between 1977 and 2018, around 24,000 of whom developed pancreatic cancer. The researchers inputted the sequence of medical diagnoses from each patient to teach the model which diagnosis patterns were most significantly predictive of pancreatic cancer risk.

The researchers then tested the ability of the AI tool to predict the occurrence of pancreatic cancer within intervals ranging from three to 60 months after risk assessment.

At a threshold set to minimize false positives, individuals considered “at high risk” were 25 times more likely to develop pancreatic cancer from three to 36 months than patients below the risk threshold. In contrast, a model that did not take the sequence of precancer disease events into account resulted in a substantially lower increased risk for patients above a corresponding threshold.

The researchers further validated their findings using electronic medical records from the Mass General Brigham Health Care System. The differences in health care and recordkeeping practices between different health care systems required the model to be retrained on the new dataset, Yuan said, and upon retraining, the model performed with comparable accuracy; the area under the curve (a measurement of accuracy that increases as the value approaches 1) for this dataset was 0.88 as compared with 0.87 for the original training set.

Although most of the AI’s decision making happened in the “hidden layers” of a complex neural network, making it difficult for the researchers to pinpoint exactly what diagnosis patterns predicted risk, Yuan and colleagues found significant associations with certain clinical characteristics and pancreatic cancer development. For example, diagnoses of diabetes, pancreatic and biliary tract diseases, gastric ulcers, and others were associated with increased risk of pancreatic cancer. While this knowledge may improve traditional risk stratification in some cases, the advantage of the AI tool is that it integrates information about risk factors in the context of a patient’s disease history, Placido said.

“The AI system relies on these features in context, not in isolation,” Yuan said.

“These results indicate the potential of advanced computational technologies, such as AI and deep learning, to make increasingly accurate predictions based on each person’s health and disease history,” Yuan said.

Funding of this study was provided by the Novo Nordisk Foundation, the National Institutes of Health, the Hale Family Center for Pancreatic Cancer Research, the Pancreatic Cancer Action Network, the Noble Effort Fund, the Wexler Family Fund, Promises for Purple, the Bob Parsons Fund, the Lustgarten Foundation, and Stand Up To Cancer (SU2C; The AACR is the Scientific Partner of SU2C). Yuan and Placido declare no conflicts of interest.

This news release was published by the American Association for Cancer Research on April 8, 2022.