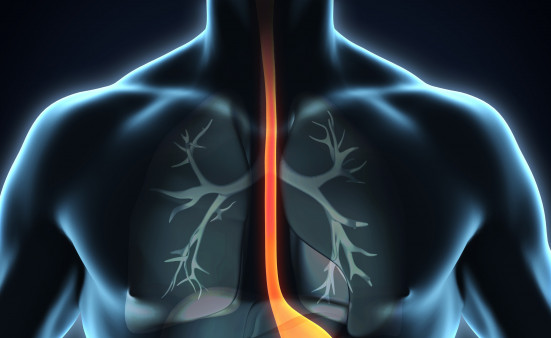 Rates of esophageal cancer and a precursor condition rose steeply between 2012 and 2019.

Adults aged 45 to 64 experienced a nearly doubled rate of esophageal cancer and a 50% increase in the precancerous condition Barrett’s esophagus between 2012 and 2019, according to a database analysis of roughly five million patients presented at Digestive Disease Week 2022.

“This strong growth in prevalence should be of concern to physicians, and we should consider screening more middle-aged patients for esophageal cancer if they are at higher risk,” said Bashar J. Qumseya, MD, MPH, FASGE, lead author of the study and associate professor of medicine and chief of endoscopy at the University of Florida, Gainesville. “Whenever we see increasing prevalence of any type of cancer, we should ask whether this is merely due to better screening or it is a true increase in the disease prevalence. In our study, it was due to the latter.”

The study team assessed the rate of esophagogastroduodenoscopy (EGD) during this timeframe and found no increase that might explain the prevalence data. An EGD is a diagnostic endoscopic test to examine the esophagus, stomach and first part of the small intestine (duodenum).

Esophageal cancer and Barrett’s esophagus are most commonly found in elderly white males, and the study found the highest incidence continues to be among those over 65. But researchers found that the cancer rate nearly doubled in the 45 to 64 age group, from 49 per 100,000 to 94 per 100,000, while prevalence of Barrett’s esophagus in this group rose about 50%, from 304 to 466 per 100,000 patients.

Esophageal cancer, which is usually detected by endoscopy, is often a silent killer with minimal symptoms until it becomes advanced. Barrett’s esophagus—the primary precursor lesion for esophageal adenocarcinoma, which begins in the glandular cells in the lining of the esophagus—is caused mainly by chronic acid reflux. Other risk factors include advanced age, male sex, obesity, smoking and alcohol consumption.

Dr. Qumseya said that middle-aged patients with multiple risk factors would benefit from earlier and/or more frequent screening, comparing it to the benefit of earlier colorectal cancer screening. “Many patients in the U.S. now have colonoscopies starting at age 45, so conducting an endoscopy at the same time, among those with multiple risk factors, could help capture more patients with Barrett’s esophagus and esophageal cancer,” he said.

“From other analyses we have conducted with this dataset, we know that even patients with four or more risk factors for esophageal cancer are not having endoscopies,” he added. “So, from both the patient and provider perspective, we can do better.”

The study was a cross-sectional analysis of electronic health record (EHR) data from the OneFlorida Clinical Data Research Network, which covers more than 40 percent of Florida residents.

Researchers analyzed records by three age categories, 18 to 44, 45 to 64 and over 65. Further analysis on the database is ongoing, and the final results should be ready in the next six months.

Dr. Qumseya noted several limitations of the study: it covered only adults living in Florida, so is not necessarily representative of the U.S. population. It was not a randomized controlled trial that followed one group of patients over time. In addition, as with any database, there could be problems with the data itself.  The EHRs analyzed were of patients who visited hospitals or doctors’ offices, so the database does not indicate whether they already had a disease at the time of that visit or whether the condition had resolved.

This press release was published by Digestive Disease Week on May 15, 2022.