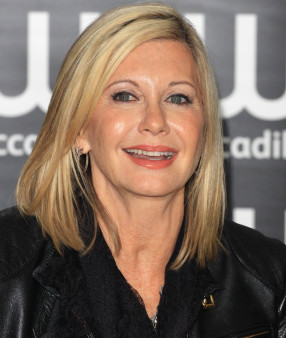 She doesn’t want to know when her time is up.

Newton-John’s third breast cancer diagnosis—she was diagnosed in 1992, 2013 and 2017—shocked fans of the singer, actress and activist, who has been relying on conventional and natural therapies, such as medical marijuana, to help treat her cancer and manage cancer-related pain.

Earlier this month, Newton-John sat down with 60 Minutes Australia to talk more about her cancer, how she’s dealing with it and her cancer advocacy work. [You can view the 41-minute interview above.]

“I’m so lucky that I’ve been through this three times and I’m still here,” she said. “I’m living with it. [It] just reinforced my gratitude.”

Although a cancer diagnosis sometimes comes with a time limit on one’s life, Newton doesn’t want to know when her time will be up. She even goes as far as avoiding reading cancer statistics.

“If somebody tells you [that] you have six months to live, very possibly you will because you believe that,” Newton-John said. “So for me, psychologically, it’s better not to have any ideas of what they expect or what the last person that has what you have lived, so I don’t tune in.”

She doesn’t like to refer to her cancer as a battle or war going on inside her body; rather she says, “I let it go and tell it to leave. I talk to my body to heal itself.”

In the meantime, Newton-John has been focusing on giving back to those with cancer. She recently joined forces with Dancers Against Cancer, an organization that raises money for members of the dance community and their families who have been impacted by cancer.

In addition, she’s put some of her most prized memorabilia up for auction to raise funds for her own organization, the Olivia Newton-John Cancer Wellness & Research Centre in Melbourne. The items up for grabs include the iconic black trousers and leather jacket she wore in the hit film Grease.

“I’ve worn them,” she said. “They’ve given me an incredible career and now I kiss them goodbye. Their value hopefully could help a lot of people going through cancer, so it’s an easy choice.”