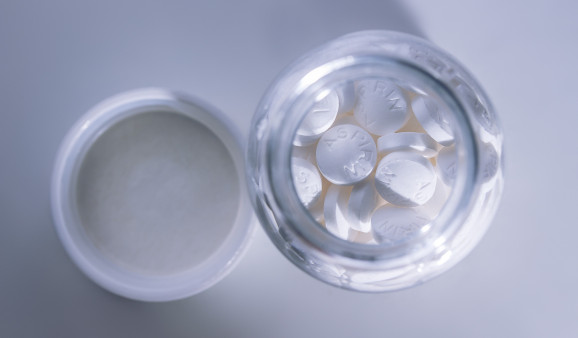 Aspirin May Reduce the Risk of Ovarian and Liver Cancer

Taking an aspirin a day may lower the risk of developing certain cancers, according to recently published research. One study showed that women who regularly took low-dose aspirin—often sold as baby aspirin—had a 23 percent lower risk of ovarian cancer compared with those who did not. Another study showed that people who used standard-dose aspirin were half as likely to develop liver cancer.

A growing body of research indicates that aspirin may help reduce cancer risk. The U.S. Preventive Services Task Force recommends that people over 50 with elevated cardiovascular risk consider low-dose aspirin to reduce the risk of heart attack and stroke, noting that it has also been shown to decrease the risk of colon cancer.

Although not fully understood, these benefits are widely thought to be related to aspirin’s anti-inflammatory effect. But some evidence suggests that high doses of aspirin or use of other pain relievers may do more harm than good.

Mollie Barnard, ScD, of the University of Utah Huntsman Cancer Institute in Salt Lake City, and colleagues evaluated whether regular use of aspirin; other nonsteroidal anti-inflammatory drugs (NSAIDs), such as ibuprofen (Advil) or naproxen (Aleve); or a different type of pain reliever, acetaminophen (Tylenol), were associated with lower ovarian cancer risk. Results were recently published in JAMA Oncology.

Ovarian cancer is often detected late and is difficult to treat. About 22,200 women will be diagnosed with ovarian cancer and about 14,000 will die from it this year, according to the American Cancer Society.

Among the 205,498 women in the two cohorts combined, 1,054 new cases of ovarian cancer were diagnosed during follow-up. Overall, the researchers did not see a significant link between aspirin use across dose levels and ovarian cancer risk.

However, when they zeroed in on women who used low-dose aspirin (100 milligrams or less), they saw a significant 23 percent reduction in ovarian cancer. The risk was slightly higher for women who used standard-dose aspirin (325 mg), but the difference did not reach statistical significance, meaning the difference might have been attributable to chance.

Women who used other NSAIDs had a significant 19 percent increase in ovarian cancer risk, and the likelihood of developing cancer rose with longer duration of use and a higher number of tablets per week. The researchers saw no clear associations with acetaminophen use.

“Our findings emphasize that research on aspirin use and cancer risk must consider aspirin dose. Our results also highlight the need for ongoing conversations between patients and their doctors on the risks and benefits of taking low-dose aspirin,” Barnard said in a press release from the Harvard T.H. Chan School of Public Health, where she conducted the research as a doctoral student.

One of the study coauthors, Shelley Tworoger, PhD, of Moffitt Cancer Center in Tampa, and colleagues also performed an analysis of pooled data from 13 studies conducted by the Ovarian Cancer Cohort Consortium. Results were published in the Journal of the National Cancer Institute.

This analysis included 758,829 women who used aspirin or other pain relievers; 3,514 of them were diagnosed with ovarian cancer during follow-up. Women who used aspirin almost daily (at least six days a week) had a significant 10 percent lower risk of developing ovarian cancer compared with infrequent or nonusers. The researchers did not see a significant benefit with less frequent aspirin use (at least four days a week) or other NSAIDs. However, daily use of acetaminophen was associated with an increased risk.

A third study, published this summer in The Lancet Oncology, analyzed retrospective data from 1,143 participants in the Nurses’ Health Study and Nurses’ Health Study II who had Stage I through III ovarian cancer. The researchers found that women who regularly used aspirin or other NSAIDs after diagnosis survived longer and were less likely to die from ovarian cancer.

Tracey Simon, MD, of Massachusetts General Hospital in Boston, and colleagues evaluated the potential benefit of aspirin for prevention of hepatocellular carcinoma (HCC), a cancer that originates in the liver. These results were also published in JAMA Oncology.

Like ovarian cancer, liver cancer is often diagnosed late and is hard to treat. About 42,200 people will be diagnosed with liver cancer and about 30,200 will die from it this year.

This population-based study included 45,864 women in the Nurses’ Health Study and 87,507 men in the Health Professionals Follow-Up Study. Those who already had cancer (except skin cancer) when they joined the cohorts were excluded.

Over more than 26 years of follow-up, 108 new cases of HCC were diagnosed. People who took standard-dose aspirin two or more times per week saw a significant 49 percent reduction in the likelihood of developing liver cancer. The benefit depended on both dose and duration of use, showing up in those who took at least 1.5 standard-dose tablets per week for five years or longer. In contrast, other NSAIDs were not significantly associated with HCC risk.

“The long duration of aspirin use could be necessary because primary liver cancer takes many years to grow,” Simon said in a Massachusetts General Hospital press release. “Aspirin may act at the earliest stages of cancer development, or even at precancerous stages, by delaying or preventing inflammation or liver fibrosis.”

Simon suggested that the benefits of aspirin should be studied in people with existing liver disease—for example, cirrhosis caused by hepatitis B or C—because they are at higher risk for developing HCC. A study presented last year found that daily aspirin was associated with a lower risk of liver cancer in people with hepatitis B. But aspirin can cause increased bleeding, which could be a concern in this population.

Victoria Seewaldt, MD, of City of Hope Comprehensive Cancer Center in Duarte, California, commented on the ovarian and liver cancer reports in an accompanying JAMA Oncology editorial, noting that these studies “have the power to start to change clinical practice.”

Seewaldt pointed out that the doses of aspirin used in these studies are high enough to inhibit blood clotting and relieve pain but not enough to produce an anti-inflammatory effect, calling into question how aspirin works to discourage the development of cancer.

“Unfortunately, the paradigm that cancer is associated with inflammation and that aspirin prevents cancer by reducing inflammation does not hold,” she wrote. “The doses associated with these two important studies raise fundamental questions as to the molecular and cellular mechanism(s) of aspirin’s ability to reduce cancer risk.” 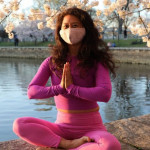