I have a bad cold, and my doctor won’t prescribe antibiotics. Why is this?

However, sometimes a viral infection will lead to a bacterial infection. For instance, you may develop a sinus infection as a result of having a cold. A virus can cause your sinuses to hurt, but if you have a fever over 100.4 ͦ F or your symptoms appear to get worse rather than better after 10 days, your medical provider may prescribe antibiotics.

Some people insist on being prescribed antibiotics, hoping to be safe rather than sorry. However, when people misuse antibiotics they risk building up resistance. Antibiotic resistance is a major health threat in the United States and worldwide, putting us at risk of dying from simple infections. November 18 through 24 is National Antibiotic Awareness Week and an opportunity to learn more about this.

Younger Children on Chemotherapy Are at Greater Risk for Hearing Loss 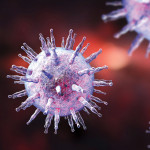 Can Viruses Be Used to Treat Cancer?