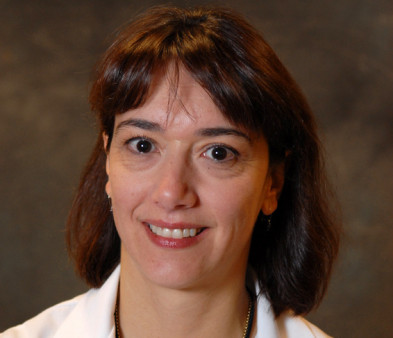 A cancer surgeon and professor, Monica Bertagnolli will lead the $7 billion NCI and the next phase of Biden’s Cancer Moonshot.

With a budget of $7 billion, the NCI is the largest agency within the National Institutes of Health. The NCI is responsible for most of the country’s cancer research and training.

A professor of surgery at Harvard Medical School and a cancer surgeon at Brigham and Woman’s Hospital and the Dana-Farber Cancer Center, Bertagnolli, 63, also specializes in the research and treatment of gastrointestinal malignancies.

As Bloomberg Law points out, her qualifications make Bertagnolli an ideal leader for the Cancer Moonshot 2.0, an initiative created by the Biden administration with a goal to cut the death rate from cancer in half during the next 25 years. (For more about that, see “Biden Supercharges His 2016 Cancer Moonshot Program.”)

“An accomplished cancer surgeon and researcher with deep expertise in community-based cancer research, Dr. Bertagnolli has the knowledge, passion, and skillset to successfully lead the nation’s top federal cancer research agency and the wider U.S. cancer research enterprise,” said Clifford A. Hudis, MD, the current CEO of ASCO, in a statement from the cancer organization. “We enthusiastically endorse her selection, recognizing Dr. Bertagnolli’s distinguished leadership and experience in advancing evidence-based cancer care and research.”

The NCI will benefit from Dr. Bertagnolli’s leadership, as well as her commitment to the value of basic research and to ensuring that treatment innovations benefit all patients. We are ready to work with her to improve health and reduce the incidence and mortality of cancer.

“The NCI will benefit from Dr. Bertagnolli’s leadership, as well as her commitment to the value of basic research and to ensuring that treatment innovations benefit all patients,” tweeted AACR’s CEO, Margaret Foti, PhD. “We are ready to work with her to improve health and reduce the incidence and mortality of cancer.

The ACS and the American Cancer Society Cancer Action Network “are strongly supportive of this choice as the next NCI director,” said Karen E. Knudsen, the CEO of ACS and ACS CAN in a statement from the groups. “Dr. Bertagnolli is an exceptional surgical oncologist, innovative scientist, and leader who has a strong track record of transforming organizations to effect positive change. She is also a fierce advocate for addressing healthcare disparities, particularly in underserved and rural communities. Through her work with ACS, she has been instrumental in the American Cancer Society Cancer Action Network (ACS CAN)’s work on Medicaid expansion.”

The news that Biden picked Bertagnolli to lead the NCI was first reported by STAT News but has not been officially announced by the White House. According to Bloomberg Law, the director of the National Cancer Institute is the only institute director within the National Institutes of Health that must be named by the president. However, unlike the NIH director, the leader of the cancer institute doesn’t need Senate approval.