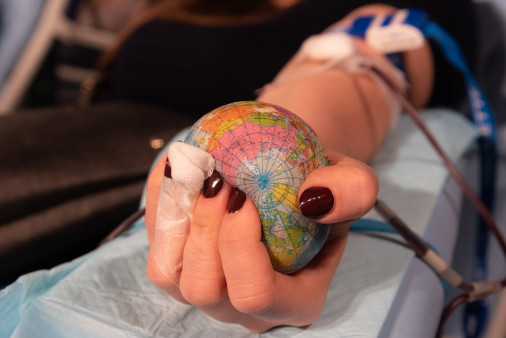 By rovin from Pixabay

Blood Drives — And Donors — Fall Off as Coronavirus Worries Grow

Mounting warnings that Americans should stay home and avoid crowds to stop the spread of a deadly new coronavirus are triggering an unexpected — and potentially ominous — downside: a drop in the nation’s blood supply.

Dozens of blood drives have been canceled and regular donors are no-shows, industry officials said, especially in states like Washington and California, where the virus is spreading more broadly within communities and health officials are urging residents to avoid public gatherings to reduce risk.

The crisis that in the U.S. has sickened more than 230 people and left at least 12 dead poses a problem for blood industry officials worried not only about infection control, but also about a dip in donations. Nearly 13 million whole blood and red blood cells are collected each year in the U.S. and commonly used in transfusions for trauma, surgeries and illness.

“It’s definitely a threat to the blood supply,” said Dr. Louis Katz, who is leading the response to the outbreak for AABB, a nonprofit transfusion medicine association. “We’ll lose donors that are afraid to come out in public.”

Katz and others are working to reassure people that it’s safe to donate blood in the midst of the outbreak of COVID-19 infections and that there’s little known risk of spreading the disease through blood transfusions.

As of Thursday afternoon, 17% of blood centers tracked by America’s Blood Centers had a supply of one day or less. Most blood centers try to keep an inventory of three to five days of blood.

The problem is especially acute in Seattle, the epicenter of COVID-19 cases in the U.S. On Wednesday, local health officials issued the first recommendations for so-called social-distancing strategies, telling vulnerable people to avoid public gatherings and urging businesses to let employees work from home, if possible.

At Bloodworks Northwest, which collects and distributes blood to nearly 100 Northwestern hospitals, more than 200 donations were lost early in the week after six local blood drives and more than a dozen individual appointments were canceled, officials said. The organization needs about 1,000 donors a day to keep up with demand.

“We’re a little concerned,” said Dr. Kirsten Alcorn, medical director of blood services for the organization. “We do know groups are canceling and rescheduling for later dates.”

“California, Arizona and Washington state are the ones where we’re seeing concern from blood drive sponsors,” Vassallo said. “They’ve spoken with their risk-management people and they’re asking to postpone until the risk of coronavirus wanes.”

In San Bernardino, California, a blood drive that expected to draw 500 donors was unexpectedly shuttered, he said. “We’ve had the whole gamut from a large donation site to a very small site who are considering cancellation,” Vassallo said. “Frankly, we have people inquiring in areas that aren’t affected yet.”

Worried citizens have two key concerns about the blood supply, officials said: whether potential donors are at greater risk of contracting COVID-19 infections by taking part in blood drives or at donation centers; and whether donors infected with coronavirus risk contaminating the blood supply.

Multiple experts interviewed said that, based on available evidence, the risk of spreading the novel virus through blood and blood components appears low. An early study of cases in China showed that about 15% of ill patients had genetic markers of the virus in their blood plasma or serum, according to a Feb. 25 report by the AABB’s transfusion-transmitted diseases committee.

But that’s not the same as an infectious virus, said Katz. And respiratory viruses, in general — including two other dangerous coronaviruses, SARS and MERS — are not known to be transmitted by blood transfusions.

“There’s no data that suggests that any of these viruses are transmitted by transfusion,” Katz said.

In certain cases, a very sick person might show signs of virus in the blood, but such a person would be obviously ill and not accepted as a donor, said Katz. “Transfusion transmission is theoretically possible, but is unlikely based on precedent,” he said.

In Santa Clara County, California, where the SARS-CoV-2 virus, which causes COVID-19, is spreading, Dr. Suchi Pandey, chief medical officer at the Stanford Blood Center, is working to dispel fears that blood drives themselves pose a risk to donors and staff. She is fielding calls from blood drive sponsors with concerns about hosting crowds.

“Blood drives are not mass gatherings,” she said.

Donating blood is as safe now as ever, Pandey stressed. Since early February, on the advice of the federal Food and Drug Administration, blood centers have deferred people considered at risk for COVID-19 infections. People should not donate blood if they’re sick, if they have a fever, if they’re at high risk of COVID-19 infections or have been suspected of or diagnosed with having the virus. People who donate blood and then fall ill afterward are asked to advise the blood centers.

After donation, blood is separated into red blood cells, platelets and plasma and tested for infectious diseases. Because this coronavirus is new, there’s no screening test for blood. The units are labeled, stored and distributed. Platelets have a shelf life of about five days; red blood cells can be stored for 42 days.

“As you talk about this, remember, blood donation is critical,” he said. “We can practice good social distancing and at the same time not devastate the blood supply by overreacting.”

Nonetheless, the situation is prompting officials to review preparedness plans put in place after the H1N1 flu pandemic of 2009, which also raised fears about a dip in the inventory of blood products. Outbreaks affect donors who stay home or get sick, and also staffers who might not be able to come to work.

There could be calls to limit elective and nonemergency surgeries if blood supplies run low. In severe situations, health officials could triage blood transfusions to the sickest patients or those who would benefit most.

The key is to be ready for whatever happens, Katz said.

“Our basic recommendation to blood centers right now is to pull out the pandemic reports you wrote in 2009,” he advised. “They’re going to be adaptable without modification. Review them and drill them. We’re taking this very seriously.” 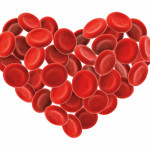 Q&A: How Your Blood Could Help a Cancer Patient