At age 32, I saw my general doctor for my annual checkup. As she examined my left breast, she grew concerned and referred me for my first mammogram. I went a week later and had a biopsy the same day—my mom was with me. That night, the doctor called to tell me I had Stage 0 breast cancer, aka ductal carcinoma in situ (DCIS), in my left breast. I was a single mom to an 11-year-old boy, Jakai, and had a full-time job as an international shipping manager.

My doctor was extremely optimistic; the cancer hadn’t spread, and with treatment, I’d probably never have to face this disease again. Tests showed that it was HER2 negative and estrogen receptor positive (ER positive). I sought opinions from two breast surgeons, opting for a unilateral mastectomy along with immediate reconstruction. I had surgery on October 14, my mother’s birthday. Afterward, I took tamoxifen for five years, to keep the cancer from recurring.

No more tamoxifen! I celebrated five years cancer-free with my coworkers, who surprised me with a cake with purple icing, the color of cancer awareness.

A small, flesh-colored bump appeared on the surface of my left breast. It wasn’t irritated or discolored. Just a pimple, I thought. I waited for my routine follow-up with my breast surgeon a few months later. She measured it and took pictures, then said, “I want to remove it.” The nodule was cancerous, although still Stage 0, and she assured me she’d gotten it all—no chemo or radiation needed.

A nagging cold with weird whistling noises sent me to urgent care, where they took an X-ray for suspected bronchitis. But they called me the next day to say it showed an abnormality and I should contact my oncologist. When my mom and I visited him, he had a sad look on his face as he uttered the worst, most unexpected diagnosis: “Your cancer has returned, and it’s Stage IV metastatic breast cancer.” The cancer had spread to my chest wall, spine and head. There was no cure. I would need to be on some sort of treatment for the rest of my life, and my life expectancy was five years. The doctor outlined his plan of action: Faslodex (fulvestrant), an estrogen receptor downregulator, plus 24 rounds of radiation. We needed to start immediately. I continued to work and tried to keep life as normal as possible.

I felt like I was emotionally crumbling. I took time off work to focus on me, but I didn’t want to stay at home and be depressed. My uncle didn’t have a driver’s license and asked me to help him get around. I was happy to help. I even handed out cards and gave rides to people for a small fee.

A woman with breast cancer contacted me. She needed help getting to appointments but didn’t have money. “That’s OK,” I said. We spent five hours together, visiting three different doctors. We talked; we prayed. A few weeks later, when she called back, it hit me: This is what I’m supposed to do. That eventually led to my nonprofit, Angel in Disguise, Inc, which provides complimentary transportation to underserved and uninsured people with any type of cancer in Charlotte, North Carolina. We drive them to and from doctor appointments, treatment and medicine pickup and run light errands.

I modeled for AnaOno, a lingerie company for women affected by breast cancer, started by a survivor.

On stage again! This time, I was invited to join the cast of My 2nd Act: Survivor Stories from the Stage, sharing our rebirth in a live stage show.

After years of deliberation, I had my breast implant removed. It was often painful and always itchy, and I disliked the fact that while my right breast was showing natural signs of aging, my left breast, with the implant, remained high.

I walked in my first New York Fashion Week, in the AnaOno x #Cancerland show, wearing red lingerie. On the catwalk were other survivors and previvors (women at high risk for breast cancer)—none of us were models, just everyday women.

More projects to raise awareness! I had my body painted for an underwater photo shoot.

I participated in the “Grace” project, in which 800 women were photographed revealing our mastectomy scars and living in our power. 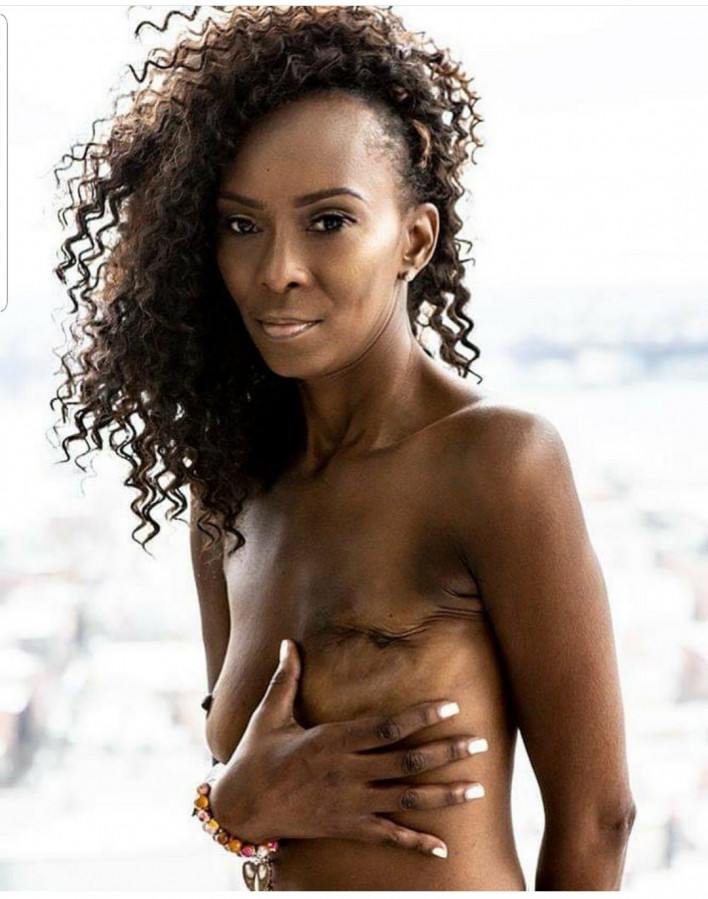 Angel in Disguise’s company car, a red Pathfinder SUV, died. We’re using my personal car but searching for Go Fund Me help to buy a new or used SUV. 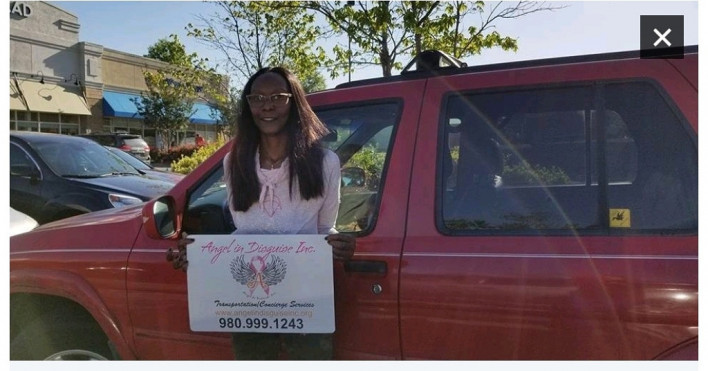 Jersi Baker with her original red truck for her Angels in Disguise foundation.Courtesy of Jersi Baker

My treatment plan includes Faslodex shots every month; Xgeva (denosumab) shots every month to help with bone strength; and an oral medication called Ibrance (palbociclib), which I take for 21 days at a time.

I really dislike when people tell me, “Keep up the fight.” I’m not in a fight; I am winning. Every day I wake up, I am winning. I may look happy, smiling and shining, but the fear that cancer will consume me is real. Still, my life is extraordinarily full. Jakai is now 27. Having this disease forces me to live life to its fullest, every day. Life is for living. I want to make the impossible possible.

Ductal carcinoma in situ (DCIS): This noninvasive type of breast cancer originates in the milk ducts and can become invasive cancer.

Metastatic breast cancer: Also called Stage IV, this breast cancer has spread to other parts of the body, often the lungs, brain or bones.