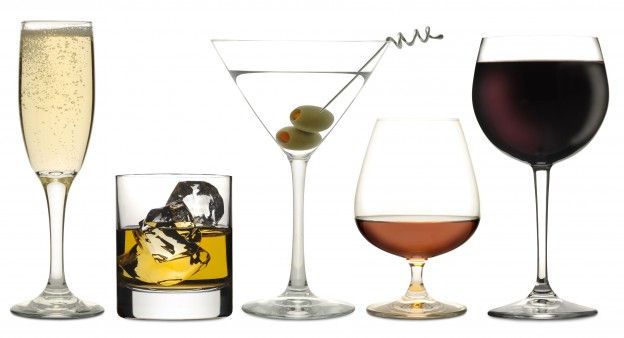 Alcohol use is linked to higher risk of breast, colon, liver and oral cancers, ASCO says, but the link may not be as scary as it seems.

Alcohol use, including light or moderate drinking, raises the risk of several types of cancer, according to a statement released last week by the American Society of Clinical Oncology (ASCO), the leading professional association of cancer care providers in the United States.

Oncology experts estimate that alcohol contributes to about 4 percent of cancer-related deaths in the United States and nearly 6 percent of new cancer cases and cancer deaths worldwide, according to the statement, which was published in the Journal of Clinical Oncology.

A majority of Americans, however, don’t know drinking is a cancer risk factor. ASCO’s National Cancer Opinion Survey found that less than 30 percent of respondents recognized alcohol as a risk factor and 38 percent said they limited their alcohol consumption to lower their chances of getting cancer.

“People typically don’t associate drinking beer, wine and hard liquor with increasing their risk of developing cancer in their lifetimes,” ASCO president Bruce Johnson, MD, said in a news release. “However, the link between increased alcohol consumption and cancer has been firmly established and gives the medical community guidance on how to help their patients reduce their risk of cancer.”

Based on a thorough research review, alcohol consumption has been associated with an increased risk of mouth and throat cancers (oral cavity, larynx and esophagus), colorectal cancer and breast cancer. The link between heavy alcohol use and hepatocellular carcinoma, a type of primary liver cancer, is well established. Evidence also suggests that drinking raises the risk of stomach cancer and pancreatic cancer.

“As evidence continues to accumulate, the list of alcohol-associated cancers is likely to grow,” according to the statement.

In some cases there is a statistical correlation but not enough evidence to say alcohol is a causal factor. For example, alcohol use is strongly associated with lung cancer, but people who drink are also more likely to smoke.

“Clearly, the greatest cancer risks are concentrated in the heavy and moderate drinker categories. Nevertheless, some cancer risk persists even at low levels of consumption,” the statement says.

Heavy drinkers are about five times more likely than nondrinkers to get mouth and throat cancer. But an analysis of studies looking at light drinking found that people who have one drink or less per day also had an increased risk of mouth and throat cancer and breast cancer (though not colon cancer or liver cancer). One recent report showed that drinking one glass of wine or beer a day raises breast cancer risk by 5 percent for premenopausal women and 9 percent for postmenopausal women.

On the other hand, Aaron Carroll, MD, of Indiana University School of Medicine suggests in the New York Times that the link between alcohol and cancer may not be as scary as it seems when looking at absolute risk (actual numbers) versus relative risk (percentage change). For example, he notes that if the average 40-year-old woman has a 1.45 percent absolute risk of developing breast cancer in the next 10 years, which rises to 1.51 percent if she’s a light drinker, that translates to one additional breast cancer case among 1,667 light-drinking women.

Regarding the cause of the link between alcohol and cancer, the ASCO statement explains that while ethanol itself is not carcinogenic, one of its breakdown products, acetaldehyde, can cause mutations that lead to cancer. Although breast tissue does not come into direct contact with or play a role in processing alcohol, unlike the other sites with increased cancer risk, alcohol raises estrogen levels.

There has been less research about how alcohol affects cancer prognosis and treatment outcomes. Some studies have found that continued drinking raises the likelihood of cancer recurrence. Several studies have seen more complications, more hospitalizations and longer recovery times among cancer patients who are heavy drinkers, but there’s less research on light drinking. Studies of the link between alcohol use and cancer mortality have produced conflicting results.

Recognizing that many people believe light alcohol use has health benefits, the statement authors caution that the cardiovascular benefits of alcohol (especially red wine) have been overstated and the cancer risk is clear, so “the net effect of alcohol is harmful.”

The ASCO statement offers several policy recommendations, most of them related to limiting alcohol sales or raising prices. It also calls for efforts to eliminate “pinkwashing,” or the use of pink ribbons promoting breast cancer awareness in alcohol marketing.

“ASCO joins a growing number of cancer care and public health organizations in recognizing that even moderate alcohol use can cause cancer,” said statement lead author Noelle LoConte, MD, of the University of Wisconsin. “The good news is that, just like people wear sunscreen to limit their risk of skin cancer, limiting alcohol intake is one more thing people can do to reduce their overall risk of developing cancer.”