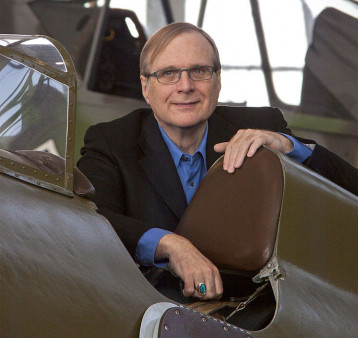 The of Microsoft and author of the 2011 memoir Idea Man died of –Hodgkin lymphoma this week.

Cancer advocates across the country are mourning the death of Paul Allen, cofounder of Microsoft and a renowned leader in science, technology and the arts, after he died earlier this week of non–Hodgkin lymphoma. He was 65 years old.

Allen’s battles with cancer are well known in the cancer community. The tech founder received and beat his first diagnosis—Hodgkin lymphoma—at just 29 years old, shortly after Microsoft started up in the early ’80s. Allen overcame a second bout of cancer in 2009, this time, non–Hodgkin lymphoma, and earlier this month announced that the cancer had returned. He died on Monday of complications related to his illness.

Lymphoma is the name for cancers that grow in the lymph nodes, key components of the body’s immune system. These nodes, located in the neck, armpits and groin help remove excess fluid from the body and produce cells that fight off illness and infections. There are two types of lymphoma: Hodgkin, which is rarer, curable and easier to treat and non-Hodgkin, which is far more fast-moving, common and more difficult to address.

As many have noted since Allen’s death, the computer programmer turned–philanthropist’s first cancer diagnosis led to his resignation at Microsoft. After undergoing treatment and recovering from his illness, Allen went on to fund, found and support a number of scientific, medical and cultural endeavors, including cancer research, space exploration, nuclear-fusion power and environmental science.

Allen reflected on his continued fight with cancer in a 2011 interview with GeekWire: “Whenever you go through one of these treatment regimens there are many things that are out of your control. You just have to be patients and hope things work out for the best, and be optimistic,” he said. “On the other hand, realize that if there isn’t a positive outcome, your time may be limited, so it makes you that much more focused on realizing your dreams and hopes, because all of our times on this planet are limited.”

Below are some examples of how the cancer community is remembering him on social media:

Our hearts are heavy to know of @PaulGAllen’s passing. Such an incredible man--a game changing innovator, generous philanthropist, supporter of music & the arts, a brave #cancer warrior. Our condolences to Mr. Allen’s family and friends at the #PaulGAllenFoundation @trailblazers pic.twitter.com/MohKzC7kRR

This is why I support @LLSusa : blood cancers take people away way too soon. RIP #PaulAllen: technologist, philanthropist and Jimi Hendrix fan. pic.twitter.com/FBFtQXu10m

I beat Hodgkins Lymphoma ’09. Paul Allen beat the same cancer in ’82. The treatment is effective. Cure rate is 90%, even at late stages, but takes a toll. Survivors have greater risk of #cancer later in life. The difference between Hodgkins & Non-Hodgkins: https://t.co/HEzLtPr3PO

While it’s sad Mr. Allen has died, I’m grateful to media focusing on his great community contribution and legacy instead of saying he “lost his battle” to cancer. As a stage IV cancer patient myself expecting to die from it at some point I feel like celebrating life is best ????

Paul Allen was a believer, advocate, and generous supporter of science. Good, incredible, game-changing science. Thank you for the incredible advancements that you made possible. And I’m just so sorry that we weren’t able to end cancer in your lifetime.