Many cancer studies exclude desperate, sick and healthy patients by design. Is time to change policy?

A major debate is being waged in the cancer research world over which cancer patients should be eligible for clinical trials for experimental treatments, The Washington Post reports. Meanwhile, in the United States, the cancer trial participation rate is just 3 percent.

On one side of the discussion are doctors and cancer researchers, who argue that current clinical trial standards are too narrow and should be expanded to include a wider variety of cancer patients — many of whom have exhausted existing treatment options or had none to begin with. On the other side are cancer trial sponsors and study designers, who are following a long legacy of limiting case studies to ensure accuracy and success.

Today, it’s study sponsors — typically pharmaceutical or biotech companies — who write the rules regarding who is eligible to participate in cancer clinical trials. Studies are designed with two motives in mind: to help protect study participants, especially at-risk patients, from unnecessary harm and to ensure that subjects are similar enough that any differences they experience during the study are only the result of the medication being tested.

In practice, this means trial restrictions that range from strict minimum required blood counts and liver function scores to a ruling out of comorbidities such as a history of heart disease or diabetes; furthermore, stringent rules restricting a patient’s exact type and stage of cancer may be enforced. Criteria are often so strict, in fact, that there’s a joke that you have to be able to run a marathon to get enrolled in a cancer clinical trial. It’s also well-known in the industry that sponsors and investigators often seek to enroll so-called healthy cancer patients in trials because they are more likely to do well in the study.

Aside from excluding desperate patients, these policies also leave out relatively healthy patients from cancer research. For instance, HIV-positive people are almost always ruled out of cancer clinical trial eligibility, even when their HIV is stable and they are in good health. Cancer patients under 18 are also routinely excluded from adult trials (even though they metabolize drugs the same way adults do) as are people with a past history of cancer — which disproportionately disqualifies seniors.

Last month, as part of the debate, the American Society of Clinical Oncology (ASCO) and the advocacy group Friends of Cancer Research issued a joint statement in the journal of Clinical Oncology calling for a broadening of five eligibility criteria for cancer clinical trials. These included lifting restrictions around minimum age requirements; HIV/AIDS status; the appearance of brain metastases, or tumors; a history of organ dysfunction; and a past history of cancer.

The report argues that these conditions are most likely to restrict a patient’s access to trial approval, while also being least likely to affect their safety. Researchers also said they worked closely with the Food and Drug Administration to put out the paper, which has been pushing to expand cancer trial eligibility for years.

Advocates seeking a relaxation of eligibility rules are adamant about the pros of lifting trial restrictions. In addition to opening up treatment access, doctors argue that a broader scope of potential participants would help lead to a better understanding of how cancer treatments work in the real world. The move would also offer study sponsors many benefits, including broader approvals for how and in which patients their medications can be used.

To learn more about the different types of cancer clinical trials and how to enroll, click here. 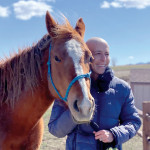 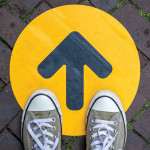 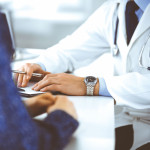