Most surveyed oncologists are interested in learning more about treating people of diverse sexual orientations and gender identities.

Many cancer doctors say they don’t know enough about the health needs of lesbian, gay, bisexual, transgender and queer or questioning (LGBTQ) patients but are eager to learn more about working with these populations, according to a recent survey.

“Cancer care within the LGBTQ community is a largely ignored public health issue,” senior author Gwendolyn Quinn, PhD, of NYU Langone Health in New York City, said in a press release. “To address this problem, we have to start by understanding the gaps in knowledge among physicians.”

Quinn and colleagues at New York University School of Medicine and Moffitt Cancer Center in Tampa conducted a survey to identify gaps in oncologists’ attitudes, knowledge and practices related to LGBTQ patients.

As described in the Journal of Clinical Oncology, the sample included 450 oncologists at 45 National Cancer Institute–designated comprehensive cancer centers selected from an American Medical Association database. A majority of respondents were heterosexual men.

Among the 149 doctors who responded, two thirds agreed that it was important to know a patient’s gender identity, while just 40 percent found it important to know about sexual orientation. A majority said their center’s intake forms did not include information about sexual orientation (63 percent), sex at birth (54 percent) or current gender identity (55 percent).

“Studies show the LGBTQ population has an increased risk and poorer outcomes for certain cancers, but despite that increased risk, they are less likely to go to the doctor for screenings,” lead study author Matthew Schabath, PhD, of Moffitt Cancer Center said in a press release. “Our survey identified [that] there is need and a desire among oncologists for education and training about LGBTQ patients.”

After completing the survey, there was a significant decline in the proportion of doctors who felt confident about their knowledge of lesbian, gay and bisexual needs (falling from 53 percent to 39 percent) and transgender needs (down from 37 percent to 20 percent). Thus, the survey itself helped to identify knowledge gaps.

Seventy percent of survey participants indicated they were interested in receiving education and training to better understand LGBTQ patients and their needs. Further, 44 percent said such education should be mandatory.

The doctors’ age, geographical location, political affiliation and whether they have LGBTQ friends or family members had “some but limited” influence on their knowledge and interest in education, the researchers reported.

“Overall, there was limited knowledge about LGBTQ health and cancer needs but a high interest in receiving education regarding this community,” the study authors concluded. They recommended that cancer centers aim to create a safe environment for LGBTQ people to disclose their sexual orientation and gender identity, establish protocols for treating these patients and include more LGBTQ people in research to better understand their unique health risks and needs.

Using information from the survey, Moffitt researchers, in collaboration with Sylvester Comprehensive Cancer Center at the University of Miami and UF Health Cancer Center at the University of Florida in Gainesville, have created an online cultural competency training program to improve knowledge about LGBTQ-related issues in the cancer care community.

The Curriculum for Oncologists on LGBTQ populations to Optimize Relevance and Skills (COLORS) Training Program (colorstraining.org) includes four modules, two of which cover general topics related to sexual orientation and gender identity and two of which discuss oncology-focused topics, including fertility and hormone therapy, for LGBTQ patients undergoing cancer treatment.

In a pilot study, 20 Florida oncologists participated in the online training and provided feedback. The proportion of doctors who could answer more than 90 percent of the LGBTQ knowledge questions rose from a third before doing the training to 85 percent afterward, according to the Moffitt press release. (The pilot study is now completed, and the course is not currently available.)

Click here for more information from the LGBT Cancer Project and the National LGBT Cancer Network. 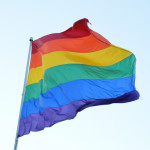 Challenges of Navigating Cancer as a Member of the LGBTQ+ Community