Over four years, 9% of cancer patients used marijuana, compared with 14% of people who didn’t have cancer, finds a national study.

Despite the growing legalization and social acceptance of marijuana, people with cancer reported using less cannabis than the general population with no cancer history. However, cancer survivors were more likely to use marijuana if they were younger, didn’t have health insurance or experienced greater levels of pain.

Specifically, researchers from the Massey Cancer Center at Virginia Commonwealth University found that between 2013 and 2018, a peak of 9% of cancer patients reported using marijuana, compared with 14% of folks with no history of cancer. The results of their study were published in the journal Cancer.

During the study period, cannabis use among people with no history of cancer increased, while the use among cancer survivors remained the same. Why the difference in the two groups?

“There is that element of a life-changing moment when you have cancer,” lead author Bernard Fuemmeler, PhD, associate director for population science and interim coleader of the Cancer Prevention and Control research program at Massey Cancer Center, told VCU News. “You have to be mindful of your health and contemplate whether something like cannabis is helpful or hurtful.”

“Although cannabis use prevalence is lower among cancer survivors, the reasons for use are not markedly different from those without a cancer history,” conclude the researchers . “Continued monitoring of use, reasons for use, and harms or benefits is warranted.”

In related news, a 2017 survey of cancer patients at a cancer center in Washington state, where pot is legal, found that nearly 25% of respondents reported using cannabis. To find this article and a collection of related news, click the hashtag #Marijuana. You’ll find headlines such as “Marijuana Shouldn’t Be Recommended for Cancer-Related Pain, Study Says,” “How to Use Cannabis” and “NIH Awards $3 Million to Study Cannabidiol for Pain.” 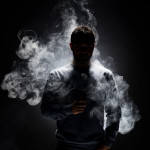 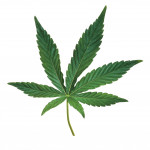