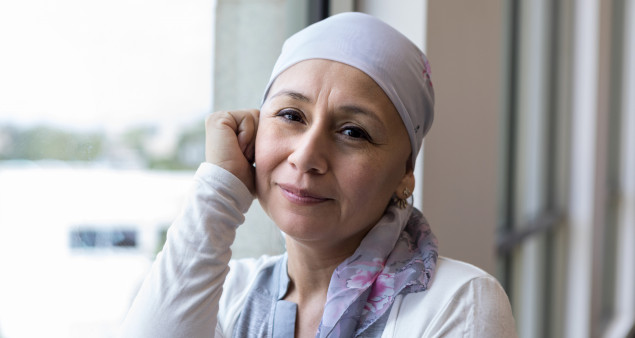 Adding the experimental AKT inhibitor capivasertib to the estrogen-receptor antagonist fulvestrant (Faslodex) can lead to better outcomes for people with breast cancer that has developed resistance to aromatase inhibitors, according to research presented at the San Antonio Breast Cancer Symposium (SABCS).

Breast cancer is classified by the type of receptors expressed on tumor cells. People with hormone receptor (HR)-positive, HER2-negative breast cancer are often initially treated with endocrine therapy, such as an aromatase inhibitor, which blocks the production of estrogen, plus a CDK4/6 inhibitor, which halts cancer cell proliferation. But eventually, most tumors develop resistance to these therapies, leaving patients with limited treatment options.

“After progression on CDK4/6 inhibitors, further endocrine therapies given alone have relatively low efficacy. We need new treatment options for these patients,” Nicholas Turner, MD, PhD, of the Institute of Cancer Research in London, said in an American Association for Cancer Research news release.

Many HR-positive, HER2-negative breast tumors harbor mutations in genes involved in the so-called AKT pathway—including AKT, PIK3CA and PTEN—which promotes tumor growth and may play a role in the development of resistance to endocrine therapy.

The Phase III CAPItello-291 trial (NCT04305496) aimed to determine whether adding AstraZeneca’s investigational AKT inhibitor capivasertib to fulvestrant would improve outcomes for patients with breast tumors that had developed resistance to an aromatase inhibitor.

The study included 708 participants with HR-positive, HER2-negative locally advanced or metastatic breast cancer who had experienced disease progression or recurrence despite using an aromatase inhibitor with or without a CDK4/6 inhibitor, such as Ibrance (palbociclib), Kisqali (ribociclib) or Verzenio (abemaciclib). Of these, 41% had tumors with AKT pathway mutations.

The participants were randomly assigned to receive twice-daily capivasertib or a placebo for four days, followed by three days off, in combination with fulvestrant once every four weeks.

The overall response rate, indicating tumor shrinkage, was 23% among capivasertib recipients versus 12% in the placebo group, Turner reported. In the subgroup with AKT pathway mutations, response rates were 29% versus 10%, respectively.

The treatment was generally safe, and side effects were “manageable,” according to Turner. The most common severe (Grade 3 or higher) adverse events in the capivasertib plus fulvestrant arm were rash (12%) and diarrhea (9%). However, about one in 10 participants in this group stopped treatment due to adverse events, compared with just one in 50 placebo recipients.

“The improvement in progression-free survival with relatively well-tolerated side effects is extremely encouraging,” Turner said. “We are hopeful that capivasertib will become a new treatment option for patients whose cancer has progressed on a regimen containing an endocrine therapy.”