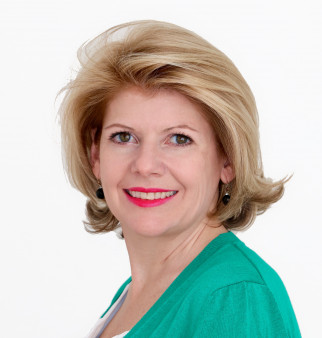 The Futility of Catastrophic Thinking: What Cancer Taught Me

Dena Battle, a kidney cancer patient advocate, used to worry incessantly about cancer. Then, her husband was diagnosed.

I used to be plagued by random panic attacks. “What if I get cancer?” or “What if my husband gets cancer?” Thoughts like this would pop into my head, triggered by something incidental—a mole I noticed on his arm, a twinge in my chest or something external like a TV show or a Facebook post.

Like a pulled thread, I would slowly unravel the yarn, tortuously imagining a new made-for-TV drama playing out the tragic story in sordid detail. I would preemptively mourn the loss of my husband, worry about our children growing up without a father, wonder how bills would be paid. The scenarios varied, but the commonality was always that it was something horrible and unexpected.

Psychologists call this “catastrophic thinking.” For many people, it occurs following a traumatic experience. For me, it wasn’t tied to a particular event. Likely it was an odd mix of genetic predisposition (I’m not the only member of my family to experience this phenomenon) and personality characteristics (a tendency toward pessimism, a need for control). People who engage in catastrophic thinking often use it as a coping strategy to guard against being caught unprepared. Perhaps I was doing that too.

In 2009, my worst fear happened. At age 40, my husband was diagnosed with cancer. It was completely unexpected. He had just been given a clean bill of health following a routine physical. Our primary care doctor even praised him for having lost five pounds (not that he needed to lose five pounds), telling him, “When you hit 40, it’s best to keep your weight down. Great job!”

Weeks later, suspected appendicitis turned out to be a massive tumor on his kidney. “It’s probably been there for 10 years,” explained the urologist.

Was that a good thing? That it was there for 10 years? Or a bad thing? After all—wasn’t that my worst fear? That impending doom was lurking unseen, just around the corner? Waiting for the moment to catch us off guard and destroy our happy life?

Following surgery, the urologist assured us that my husband was “cured” and told us to “forget about cancer, focus on keeping that remaining kidney healthy!” His overconfident appraisal didn’t inspire confidence in us, though. After all, he was the same doctor who just two weeks earlier rushed my husband into surgery, telling us “You can live with one kidney, cancer will kill you!”

For the next few months, my anxiety went into overdrive. My catastrophic thinking shifted from fictionalized narratives to something more concrete, something known. He did have cancer, and now we were dealing with the question of whether his cancer would come back. I pored through the pathology report, googling every term I didn’t know. We both sought out algorithms and risk models trying to find our number.

One well-intended doctor reminded us that for any one individual, the risk of recurrence is not 40% or 10%. It is just 0% or 100%. It either comes back or it doesn’t. He was right, of course, but hearing that didn’t reassure us.

My fear became consuming. I would distract myself at work for a few hours, but inevitably, the haunting specter of cancer would return, launching me into a google frenzy of circuitous searches, usually aimed at identifying signs or reasons that his cancer would come back.

It might seem strange that I would try to confirm my worst fear, but what I really was seeking was certainty. But it is impossible to confirm something that doesn’t happen.

These frenzied searches never left me feeling satisfied or confident. No matter what I found online or heard from other patients in support groups, my questions were never answered. Inevitably, doubts would arise again, and I would find myself repeating the same process.

My incessant googling and needless searches did not prevent or change the outcome for my husband. Nine months after his surgery and three second opinions and one erroneous scan later, a CT scan showed small nodules in both of his lungs.

I do not regret becoming informed and empowered when it came to my husband’s diagnosis. We were right to question the first urologist. We were right to get a second opinion. I am grateful that we educated ourselves about the treatment options available for advanced disease and that we weren’t forced to make a rushed decision about systemic therapy when the cancer recurred.

But I do regret the time I wasted practicing catastrophic thinking.

All of those obsessive searches about his cancer recurring, all of those “practice runs” I played out in my head turned out not to be helpful at all.

The reality of cancer was far different from the fictionalized version my brain had contrived.

Absent from my catastrophic narrative was the remarkable team of health care providers who were so determined to save my husband’s life. Doctors, nurses, even phlebotomists became members of our extended family. Disappointing scans that showed progressive cancer were interspersed with new treatments that offered unexpected hope.

Neighbors rallied around us, dropping food at our door, even planting a new tree in our yard when a beloved cherry tree died. People we had never met sent us care packages, emails and letters. Prayer chains circled the globe. Existing relationships strengthened and new unanticipated relationships formed.

My catastrophic narrative had never bothered to include these moments, it was just a series of tragic vignettes repeating like TikTok videos.

Real life was so much more complex, a rich tapestry where heartbreaking moments were interwoven with unexpected joy and compassion, where unspeakable loss only exists with enduring love. 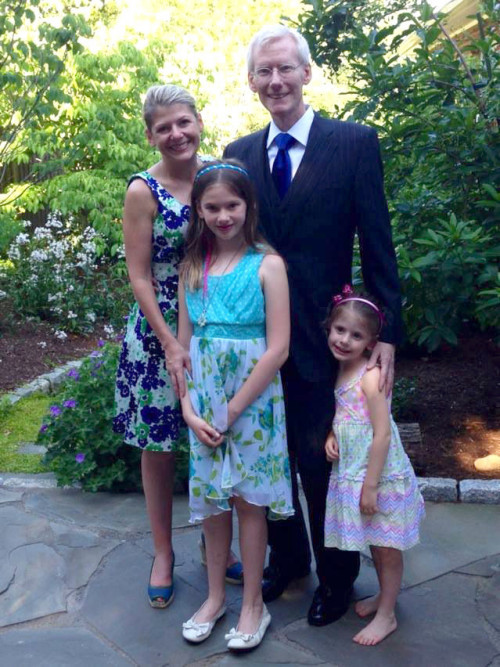 It has been eight years since my husband died. I am still prone to catastrophic thoughts. But now, when something triggers this kind of thinking, I am less likely to pull at the thread. I realize the futility of the process.

I remind myself that whatever narrative my brain might play out—a devastating radiology report, the plane crashing—it won’t be anything like the reality. And thinking those thoughts won’t do anything to prevent or prepare me for a catastrophe.

Those thoughts achieve only one thing. They prevent me from really living.

Dena Battle is the co-founder and president of KCCure, a nonprofit organization dedicated to evidence-based, patient-driven advocacy for kidney cancer.

The American Cancer Society Releases Updated Report On Cancer Disparities In The U.S.