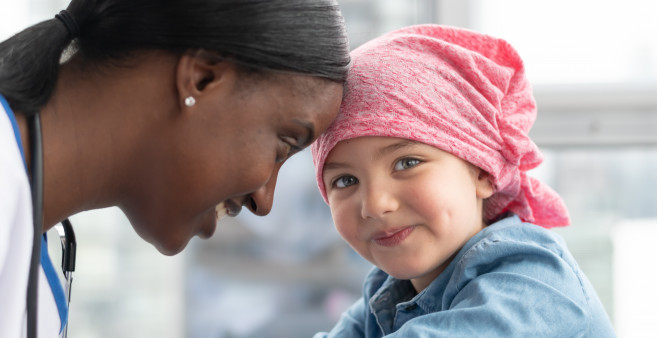 Although most young people survive cancer, secondary effects from the illness and its treatment can increase future health risks.

The effects of cancer never quite disappear, even for youngsters who beat the illness, a fact of life confirmed by recent study findings published in the journal The Lancet Regional Health – Europe. Childhood cancer survivors face an increased likelihood later in life of developing other health problems, such as cardiovascular illnesses, immunological conditions, infectious diseases, other cancers and mental health issues, triggered by late effects from cancer or its treatments, reports a press release from University College London (UCL).

For the study, UCL researchers compared the health records of 3,466 adults who received a cancer diagnosis prior to age 25—and had survived for at least five years—with the medical records of 13,517 people who weren’t diagnosed with the illness in early life. Investigators assessed health information on cancer survivors from the age of 18, or five years from their date of diagnosis, whichever happened later. Individuals in the groups were compared by age, sex and level of socioeconomic deprivation and the particulars cataloged between 1998 and 2020.

Scientists noted 183 physical and mental conditions in both groups of individuals and checked the number of hospital visits people accumulated for each type of illness. In addition, researchers evaluated different diseases experienced by cancer survivors and arranged them by cancer type, treatment received and the dosage of treatment.

Results showed that most childhood cancer survivors experienced potentially serious health problems many years after undergoing successful treatment for the disease. These so-called “late effects” are defined as medical issues caused by cancer or its treatment, such as cardiovascular, reproductive, neurological, renal, digestive and pulmonary conditions, which can accumulate over time.

Key highlights of the findings included the following observations:

“Over 80% of children and young people diagnosed with cancer survive, but they face unique healthcare needs because of late effects brought on by cancer or its treatment,” noted Alvina Lai, PhD, an associate professor at UCL’s Institute of Informatics and the senior author of the study. “Our study is the first to fully map out how surviving cancer early in life affects our health as we grow older.

“We believe it’s important for these long-term effects to be considered early on by families and their healthcare teams, so the benefits of a therapy can be weighed against any long-term risk,” Lai stressed. “Awareness of these long-term issues is also important for survivors, who are better able to spot symptoms early.”

To learn more about childhood cancer, read, “Seeing a Promising Future for Progress Against Childhood Cancer.”