Pediatric hospitals are creating clinics to provide a one-stop shop for care and to catch any anomalies that could otherwise go unnoticed.

The teen from Fort Walton Beach, Florida, tested positive for COVID-19 about a week later, said her mother, Sara, leaving her bedridden with flu-like symptoms. However, her expected recovery never came.

Delaney — who used to train 20 hours a week for competitive dance and had no diagnosed underlying conditions — now struggles to get through two classes in a row, she said. If she overexerts herself, she becomes bedridden with extreme fatigue. And shortness of breath overcomes her in random places like the grocery store.

Doctors ultimately diagnosed Delaney with COPD — a chronic lung inflammation that affects a person’s ability to breathe — said Sara, 47. No one has been able to pinpoint the cause of her daughter’s decline.

“There’s just no research there,” she said. “Kids are not supposed to have this kind of condition.”

While statistics indicate that children have largely been spared from the worst effects of COVID-19, little is known about what causes a small percentage of them to develop serious illness. Doctors are now reporting the emergence of downstream complications that mimic what’s seen in adult “long haulers.”

In response, pediatric hospitals are creating clinics to provide a one-stop shop for care and to catch any anomalies that could otherwise go unnoticed. However, the treatment offered by these centers could come at a steep price tag to patients, health finance experts warned, especially given that so much about the condition is unknown.

“The cost of missing these children means a horrible event,” she said.

More than 3 million children and young adults had tested positive for COVID-19 in the United States as of Feb. 18, the American Academy of Pediatrics and the Children’s Hospital Association report. Most of these kids experience mild, if any, symptoms.

Over the course of the pandemic, though, it has become apparent that some children develop serious and potentially long-term problems.

The most well-known of these complications is called “multisystem inflammatory syndrome in children,” or MIS-C. Symptoms — which include high fever, a skin rash and stomach pain — can appear up to a month after getting COVID-19. Around 2,000 cases have been identified in the United States. Black and Hispanic children make up a disproportionate share: 69%.

But clinicians also said they’re increasingly hearing of children seeking help for different complications, such as fatigue, shortness of breath and loss of smell, that don’t go away.

At Norton Children’s Hospital in Louisville, Kentucky, clinicians set up a clinic in October after receiving calls from area pediatricians who had patients with long-haul symptoms.

No one knows how often children develop these symptoms, how many already have the illness or even what to name it, said Kris Bryant, MD, president of the Pediatric Infectious Diseases Society, who works at the hospital.

The children see an infectious diseases doctor who then refers them or orders tests as necessary.

So far, the clinic has seen about 25 patients with a wide range of symptoms, said Daniel Blatt, MD, a pediatric infectious diseases specialist involved with the clinic. Because COVID-19 mimics symptoms associated with a variety of other illnesses, he said, part of his job is to rule out any other possible causes.

“Because the virus is so new,” Blatt said, “there’s a presumption that everything is COVID.”

Similarly, an ad hoc clinic for other young patients has been set up within the cardiology department at the Children’s Hospital & Medical Center in Omaha, Nebraska. Patients are screened to assess the heart’s structure and how it functions. She said they’ve been seeing six to eight patients per week.

“The question I can never answer for the parents,” said Jean Ballweg, MD, a pediatric cardiologist at the hospital who also works at the clinic, “is why one child and not another?”

So far, Ballweg said, she’s seen no published literature on the heart health of children who develop these symptoms after recovering from COVID-19. By standardizing how doctors in the clinic collect data and treat patients, Ballweg said, she hopes the information will provide some clues as to how the virus affects a child’s heart. “Hopefully, we can look at the collective experience and recognize patterns and provide better care.”

University Hospitals Rainbow Babies & Children’s Hospital in Cleveland is involved in creating a multidisciplinary clinic that will consolidate care by giving patients access to specialists and integrative medicine like acupuncture.

Clinicians saw a need for the unit after teenagers with post-COVID symptoms began arriving at the hospital system’s clinic for adults with long-haul symptoms, said Dr. Amy Edwards, a pediatric infectious diseases specialist at the hospital involved with the project. So far, she said, she’s heard of about eight to 10 children who could need care.

The clinic, yet to open, intends to recruit more children through announcements, said Edwards. Identifying the right patient for the clinic will be complicated, she added. There’s no test to check for post-COVID symptoms and there’s no agreed-on definition for the condition. Doctors also don’t know whether some symptoms can be cured, she said, or last a lifetime.

“The question is if we’re going to be able to do anything about it,” Edwards said.

‘I Don’t Know’ Is a Difficult Answer

Even Abby Siegel, MD, a 51-year-old pediatrician who works in Stamford, Connecticut, couldn’t find answers for her daughter. Siegel tested positive for the virus last March after being exposed at work. She believes she passed on the virus to her husband and their then-17-year-old daughter, Lauren.

The family recovered by early April, but then both Siegel’s daughter and husband took a turn for the worse. Lauren — who played rugby — started feeling fatigued, shortness of breath and a racing heart rate. Siegel took her to multiple specialists — including a friend who is a cardiologist — all of whom doubted her.

Lauren, now 18, receives care at Mount Sinai Hospital’s adult COVID-19 care center and is improving. Siegel said the clinic has affirmed her daughter’s experience and helped her get more information about this condition. She wishes the doctors they had visited earlier had been more honest about the unknowns surrounding post-COVID health problems.

“It’s amazing how we’re met with the denial rather than the ‘I don’t know,’” she said.

There’s another wrinkle that often comes with the I-don’t-know response.

The uncertainty swirling around these symptoms in children will likely require clinicians to run a battery of tests — procedures that could potentially cost their families a lot of money, said Glenn Melnick, a health economist and professor at USC Sol Price School of Public Policy. Pediatric hospitals usually have little regional competition, he said, allowing them to charge more for their specialized services.

For families without comprehensive health insurance or who face high deductibles, many tests could mean big bills.

Gerard Anderson, a professor of health policy and management at Johns Hopkins University, said these clinics’ potential profitability hinges on several factors. If a clinic serves a large enough area, it could attract enough patients to earn substantial dollars for the affiliated pediatric hospital. A child’s health care coverage plays a role as well — those who are privately insured are more lucrative patients than those covered by public programs like Medicaid, but only as long as the family can shoulder the financial burden.

“If I had a kid who had this problem,” said Anderson, “I’d be very concerned about my out-of-pocket liability.”

This article was originally published on March 3, 2021, by Kaiser Health News. It is republished with permission. Kaiser Health News, a nonprofit health newsroom whose stories appear in news outlets nationwide, is an editorially independent part of the Kaiser Family Foundation. 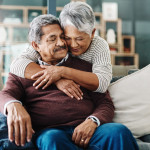