Study findings underscore the need for uniform care and treatment.

People with cancer in rural areas have lower survival rates compared with those who live in urban areas. But a new study published in JAMA Network Open reveals that the gap in survival rates closes when rural patients participate in clinical trials alongside their urban counterparts, reports HealthDay.

Scientists assessed nearly 37,000 people with cancer across the United States who participated in Phase II or Phase III SWOG clinical trails between 1986 and 2012. (SWOG is an international cancer clinical trials network funded by the U.S. National Cancer Institute.)

Participants had any of 17 different types of cancer, including leukemia, lymphoma, myeloma, sarcoma and cancers of the brain, breast, ovaries, prostate and lung.

Research showed that rural and urban patients with all but one type of cancer had similar survival rates in the five years following enrollment in the clinical trials.

Those who lived in rural areas and had estrogen-receptor-negative and progesterone-receptor-negative breast cancer did not live as long as those who resided in urban areas. Researchers attributed this to many factors, including timely access to follow-up chemotherapy after the first round of cancer treatment.

According to Joseph Unger, PhD, MS, a SWOG biostatistician and a health services researcher at Fred Hutchinson Cancer Research Center in Seattle, these results were surprising. But the key difference in these findings compared with previous ones, Unger says, was the fact that patients were participants in clinical trials.

As Unger points out, patients in clinical trials “are uniformly assessed, treated and followed under a strict guideline-driven protocol.”

“If people diagnosed with cancer, regardless of where they live, receive similar care and have similar outcomes, then a reasonable inference is that the best way to improve outcomes for rural patients is to improve their access to quality care,” Unger concluded. 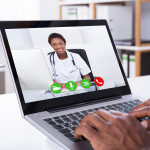