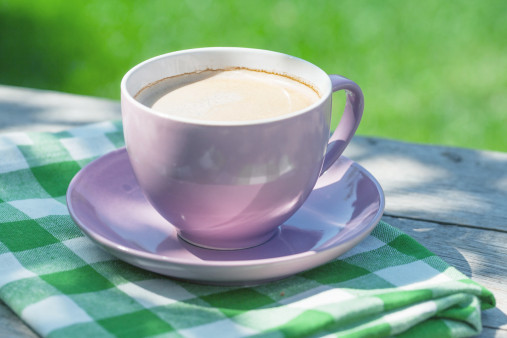 A California health agency this week issued draft regulations clarifying that coffee sellers do not need to post warnings stating that coffee could raise the risk of cancer, potentially nullifying a March court ruling.

“The proposed regulation is based on extensive scientific evidence that drinking coffee has not been shown to increase the risk of cancer and may reduce the risk of some types of cancer,” the California Office of Environmental Health Hazard Assessment (OEHHA) said in a statement.

As previously reported, a Los Angeles County superior court judge ruled in March that coffee falls within the scope of the state’s Safe Drinking Water and Toxic Enforcement Act of 1986—better known as ballot initiative Proposition 65—which requires warning signs anywhere chemicals that cause cancer or birth defects might be present, including restaurants, parking garages and retail stores.

The concern is not about caffeine, but rather acrylamide, a chemical produced during the coffee roasting process. One of the hundreds of items on the state’s list of cancer-causing substances, acrylamide is a component of tobacco smoke and is present in foods such as French fries, potato chips, cookies, canned olives, prune juice and coffee, according to the National Cancer Institute.

The March ruling was the outcome of a 2010 lawsuit by the Council for Education and Research on Toxics against Starbucks and dozens of other coffee manufacturers and sellers. The plaintiffs alleged that acrylamide increases cancer risk and that technology exists to reduce acrylamide levels in coffee without affecting its flavor. The defendants countered that trace amounts of acrylamide are harmless and outweighed by the health benefits of coffee.

Several studies have found no conclusive evidence that coffee is harmful, and in fact some have demonstrated that it has benefits including a reduction in the risk of liver disease. The World Health Organization’s International Agency for Research on Cancer has concluded that coffee is not associated with an increased likelihood of cancer and its antioxidant properties may reduce cancer risk.

More than 1,000 studies over the years have shown that coffee is associated with a decrease in the risk of liver cancer, endometrial cancer and possibly colorectal cancer. The only limited evidence of potential increased risk relates to bladder cancer and childhood leukemia in women who drink coffee while pregnant, as well as esophageal cancer associated with drinking extremely hot liquids. For most types of cancer, coffee consumption appears to make no difference either way.

Some critics have argued that Proposition 65 warnings have become so ubiquitous and so broad that people simply ignore them, which could reduce the benefits of warning about substances that actually do carry a significant risk of harm.

The OEHHA clarified that the statute does not require cancer warnings when exposure to listed chemicals “does not cause a significant cancer risk.” The agency’s draft regulations will be open for public comment until August 30, with a hearing on August 16 in Sacramento.