People who use special software for web accessibility aren’t able to sign up for the vaccines or obtain vital information about COVID-19.

Many COVID vaccination registration and information websites at the federal, state and local levels violate disability rights laws, hindering the ability of blind people to sign up for a potentially lifesaving vaccine, a KHN investigation has found.

Across the country, people who use special software to make the web accessible have been unable to sign up for the vaccines or obtain vital information about COVID-19 because many government websites lack required accessibility features. At least 7.6 million people in the U.S. over age 16 have a visual disability.

WebAIM, a nonprofit web accessibility organization, checked COVID vaccine websites gathered by KHN from all 50 states and the District of Columbia. On Jan. 27, it found accessibility issues on nearly all of 94 webpages, which included general vaccine information, lists of vaccine providers and registration forms.

In at least seven states, blind residents said they were unable to register for the vaccine through their state or local governments without help. Phone alternatives, when available, have been beset with their own issues, such as long hold times and not being available at all hours like websites.

Even the federal Centers for Disease Control and Prevention’s Vaccine Administration Management System, which a small number of states and counties opted to use after its rocky rollout, has been inaccessible for blind users.

Those problems violate the Rehabilitation Act of 1973, which established the right to communications in an accessible format, multiple legal experts and disability advocates said. The federal Americans with Disabilities Act, a civil rights law that prohibits governments and private businesses from discriminating based on disability, further enshrined this protection in 1990.

Doris Ray, 72, who is blind and has a significant hearing impairment, ran into such issues when she tried to sign up for a vaccine last month with the CDC’s system, used by Arlington County in Virginia. As the outreach director for the ENDependence Center of Northern Virginia, an advocacy center run by and for people with disabilities, she had qualified for the vaccine because of her in-person work with clients.

When she used screen-reading technology, which reads a website’s text aloud, the drop-down field to identify her county did not work. She was unable to register for over two weeks, until a colleague helped her.

“This is outrageous in the time of a public health emergency, that blind people aren’t able to access something to get vaccinated,” Ray said.

Mark Riccobono, president of the National Federation of the Blind, wrote to the U.S. Health and Human Services Department in early December, laying out his concerns on vaccine accessibility.

“A national emergency does not exempt federal, state, and local governments from providing equal access,” he wrote.

Robert Redfield, MD, who was then leading the CDC, responded that the interim vaccine playbook for health departments included a reminder of the legal requirements for accessible information.

CDC spokesperson Jasmine Reed said in an email that VAMS is compliant with federal accessibility laws and that the agency requires testing of its services.

But more than two months into a national vaccine campaign, those on the ground report problems at all levels.

Some local officials who use VAMS are aware of the ongoing problems and blame the federal government. Arlington Assistant County Manager Bryna Helfer said that because VAMS is run by the federal government the county cannot access the internal workings to troubleshoot the system for blind residents.

Connecticut Department of Public Health spokesperson Maura Fitzgerald said the state was aware of “many accessibility issues” with VAMS. She said it had staffed up its call center to handle the problems and was working with the federal government “to improve VAMS and enable the functionality that was promised.”

Deanna O’Brien, president of the National Federation of the Blind of New Hampshire, said she had heard from blind people unable to use the system. New Hampshire’s health department did not answer KHN questions about the problems.

Blind people are particularly vulnerable to contracting the COVID virus because they often cannot physically distance themselves from others.

“When I go to the grocery store, I do not have the option of walking around and not being near a person,” said Albert Elia, a blind attorney who works with the San Francisco-based TRE Legal Practice on accessibility cases. “I need a person at the store to assist me in shopping.”

There is no standardized way to register for a COVID vaccine nationwide — or fix the online accessibility problems. Some states use VAMS; some states have centralized online vaccination registration sites; others have a mix of state-run and locally run websites, or leave it all to local health departments or hospitals. Ultimately, state and local governments are responsible for making their vaccination systems accessible, whether they use the VAMS system or not.

“Once those portals open, it’s a race to see who can click the fastest,” Riccobono said. “We don’t have time to do things like file a lawsuit, because, at the end of the day, we need to fix it today.”

Common programming failures that make sites hard to use for the visually impaired included text without enough contrast to distinguish words from the page’s background and images without alternative text explaining what they showed, the WebAIM survey showed. Even worse, portions of the forms on 19 states’ pages were built so that screen readers couldn’t decipher what information a user should enter on search bars or vaccine registration forms.

In Alameda County, California, when Bryan Bashin, 65, who is blind and CEO of the LightHouse for the Blind and Visually Impaired in San Francisco, tried to sign up on Feb. 9 for his vaccine appointment, he encountered multiple hurdles. The appointments slipped away. That night he received an email from the city of Berkeley offering vaccinations. But after two hours struggling with its inaccessible website, all the slots were again taken, he said in an email.

He was only able to get an appointment after his sighted sister signed him up and has since received his first shot.

“It’s an awful bit of discrimination, one as stinging as anything I’ve experienced,” Bashin said.

Susan Jones, a blind 69-year-old in Indianapolis, had to rely on the Aira app, which allows a sighted person to operate her computer remotely, when she tried to register for her vaccine appointment.

“I resent that the assumption is that a sighted fairy godmother ought to be there at all times,” said Sheela Gunn-Cushman, a 49-year-old also in Alameda County, who also had to rely on Aira to complete preregistration for a vaccine.

Emily Creasy, 23, a visually impaired woman in Polk County, Oregon, said she tried unsuccessfully for a month to make the scheduling apparatus work with her screen reader. She finally received her first shot after her mother and roommate helped her.

Even Sachin Dev Pavithran, 43, who is blind and executive director of the U.S. Access Board, an independent agency of the federal government that works to increase accessibility, said he struggled to access vaccine registration information in Logan, Utah.

After Alameda County received complaints from users that its site was not compatible with screen readers, officials decided to move away from its preregistration technology, Health Department spokesperson Neetu Balram said in mid-February. The county has since switched to a new form.

If vaccine accessibility issues are not fixed across the country, though, lawsuits could come next, Elia said. Members of the blind community recently won landmark lawsuits against Domino’s Pizza and the Winn-Dixie grocery chain after being unable to order online.

And, Elia said, “this is not ordering a pizza — this is being able to get a potentially lifesaving vaccine.”

This article was originally published on February 25, 2021, by Kaiser Health News. It is republished with permission. Kaiser Health News, a nonprofit health newsroom whose stories appear in news outlets nationwide, is an editorially independent part of the Kaiser Family Foundation.

Q&A: Returning to School After a Bone Marrow Transplant 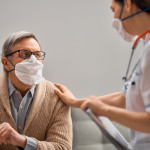 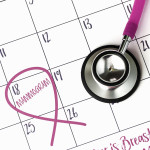