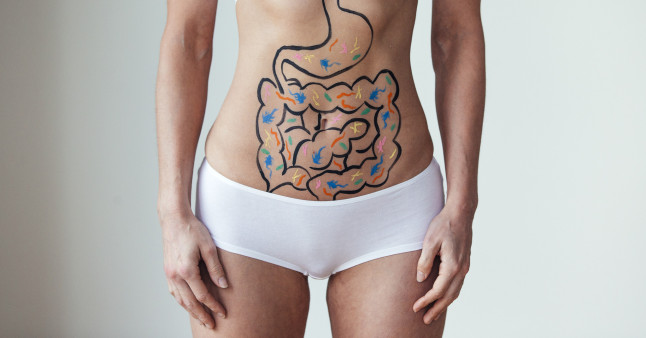 A healthy gut microbiome—the community of microbes in the intestines—may play an important role in influencing the effectiveness of immune-based cancer treatment, according to recent research.

People with advanced melanoma who respond well to checkpoint inhibitors have more diverse gut bacteria than nonresponders. But that doesn’t mean people about to start immunotherapy should begin taking probiotics, those widely available over-the-counter supplements full of beneficial bacteria. Indeed, the new research suggests that doing so may be worse than useless—it could actually reduce the chances that immunotherapy will work.

“For this reason, we specifically recommend that people undergoing immunotherapy do not take probiotics unless they are specifically called for in a clinical trial,” says Jennifer McQuade, MD, of MD Anderson Cancer Center in Houston.

Christine Spencer, PhD, of the Parker Institute for Cancer Immunotherapy, McQuade and colleagues showed that melanoma patients responded better to checkpoint inhibitor immunotherapy if they ate a diet high in fiber, but those who used probiotic supplements had a less favorable response.

The study results, to be presented at the 2019 American Association for Cancer Research (AACR) annual meeting next month in Atlanta, were previewed by McQuade at the recent Melanoma Exchange Forum, sponsored by the Melanoma Research Alliance (which helped fund the research), and by Spencer at an AACR advance press briefing this week.

Immunotherapy, which helps the immune system fight cancer, can lead to deep and durable responses, but only about a quarter of patients respond. Researchers are exploring which factors affect treatment response and whether these can be altered to enable more people to benefit.

“The gut microbiome plays a big role in moderating the immune system, so the idea that we could potentially change the microbiome—whether by diet or other means—to improve response to immunotherapy treatment is really exciting,” Spencer says.

Jennifer Wargo, MD, and her team at MD Anderson have been studying bacteria in the digestive tract and its influence on response to immunotherapy. A year ago, they reported that people with advanced melanoma who have more diverse gut bacteria respond better to PD-1 checkpoint blockers, a type of immunotherapy that unleashes T cells to attack cancer. In particular, having more bacteria in the Ruminococcaceae family was associated with better treatment response, while Bacteroidales bacteria were linked to poorer response.

The researchers then looked at how lifestyle factors—especially diet—affect the gut microbiome and how this might in turn influence treatment response. They collected fecal samples from 113 melanoma patients and sequenced their gut bacteria. Participants were asked to provide information about their diet and use of probiotic supplements; just over 40 percent reported taking these supplements.

Spencer reported that people with higher microbiome diversity responded better to treatment regardless of the type of therapy. There were no notable differences in gut bacteria according to age, sex or body weight.

Looking at a subset of 46 people who started PD-1 checkpoint inhibitors such as Keytruda (pembrolizumab) or Opdivo (nivolumab), they found that those who experienced complete or partial tumor shrinkage had higher bacterial diversity than those with stable disease (no improvement or worsening) or cancer progression.

People who ate more whole grains, fruits and vegetables had more gut bacteria associated with favorable treatment response, while those who ate more sugar and processed meat had less beneficial bacteria. What’s more, people who ate a high-fiber diet were five times more likely to respond to checkpoint inhibitors than those who consumed little fiber.

“It’s likely the overall diet and dietary patterns in patients that matter here,” Spencer says. “Eat your high-fiber foods—lots of different kinds and lots of them.”

How could consuming “good” microbes have a negative effect on the microbiome and response to cancer treatment? The leading hypothesis is that the so-called beneficial bacteria in many probiotic supplements actually interfere with the diversity of normal gut flora—and it’s that diversity that’s most closely associated with healthy outcomes.

McQuade noted that research unrelated to cancer has found that when people who take antibiotics also take probiotics, it can take many months for normal gut flora to be reestablished. People who did nothing actually saw their gut flora return to normal much faster.

Her advice to people undergoing cancer treatment: Skip the probiotics, but do protect the diversity of your microbiome by eating a fiber-rich diet with plenty of whole grains, fruits and vegetables. Dietary diversity is the best bet for bacterial diversity, because different kinds of plant-based fibers promote different beneficial gut microbes. Microbiome-friendly foods include:

Coffee, wine and chocolate also contain compounds that promote a diverse microbiome. It’s fine to eat fermented foods—including yogurt, sauerkraut, kimchi and kombucha—that naturally contain beneficial bacteria. However, McQuade suggests that these be eaten in normal amounts, as excessive consumption of any one food may not be healthy. If you are undergoing cancer treatment, it’s always a good idea to discuss any dietary changes with your care team.

“Everything in moderation,” McQuade says.

One key unanswered question: If people about to start immunotherapy change their diets to include more fiber-rich foods, leading to a more diverse microbiome, will that improve their chances of treatment success? That’s the focus of the next round of clinical trials, which are or will soon be under way. 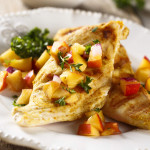