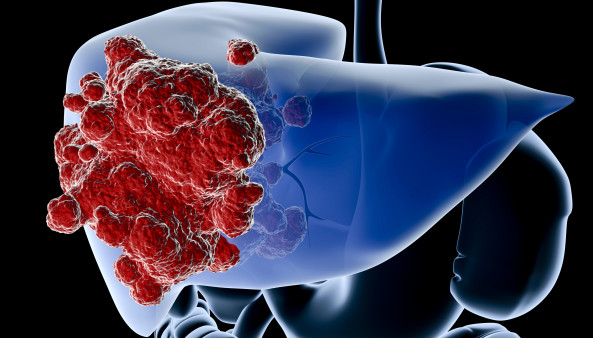 Approach prevents cancers from making proteins they need to grow and to evade the immune system, while leaving healthy cells unharmed.

In laboratory experiments, UC San Francisco researchers successfully beat back the growth of aggressive liver cancers using a surprising new approach. Traditionally, targeted cancer therapies aim to disable proteins borne of cancer-driving genes. Instead, the UCSF scientists prevented these proteins, including those that shield tumors from the immune system, from being built in the first place.

As reported in Nature Medicine on January 14, 2019, using both a genetic approach and a drug currently in clinical trials that directly inhibits translation — the cellular process by which genetic material is transformed into proteins — the researchers were able not only to slow tumors’ rampant growth in a new mouse model of liver cancer, but also to block the cancer’s ability to evade the immune response.

“This is a new avenue for liver cancer intervention,” said study senior author Davide Ruggero, PhD, an expert on how cancer cells corrupt normal protein synthesis to spur their own growth and survival. “There is a particular subset of proteins, more beneficial to cancer cells than to normal cells, called the ‘cancer proteome.’ Once we know the mechanisms by which cells shift to favor that proteome, we can develop drugs to target it.”

Primary liver cancer, or hepatocellular carcinoma, is the second leading cause of cancer deaths worldwide, responsible for 600,000 deaths per year. About a third of these cancers are treatable at an early stage if the tumors remain localized to the liver. But five-year survival rates plummet when liver cancer spreads to other organs, and few targeted therapies can slow its spread.

One promising treatment is cancer immunotherapy, which unleashes the body’s immune system to take down tumors. Key to the development of immunotherapy treatments was the discovery that many cancers escape immune attack by donning clever molecular disguises, known as “checkpoint” proteins. Aggressive liver cancer cells, for instance, coat themselves in a checkpoint protein called PD-L1, which clicks into a receptor on the surface of immune cells, called PD-1, and effectively switches them “off.”

One class of immunotherapy drugs, called checkpoint inhibitors, blocks checkpoint proteins to render tumors visible and vulnerable to attack. But the drug atezolizumab (Tencentriq), which blocks PD-L1, has not yet been effective at treating aggressive liver cancer. The new research from Ruggero’s lab offers an alternate strategy to crack the cancer’s defenses — checkpoint proteins don’t need to be blocked if they are never built to begin with.

Cells build proteins in two stages: transcription and translation. During transcription, genetic instructions encoded in DNA are copied, stored in a new molecule called RNA, and sent out into the cell to direct the process of translation — the assembly of proteins by cellular machines called ribosomes. Scientists usually assume that the amount of RNA being made from a given gene is a reasonable indicator of how much protein is being made from that gene. But Ruggero’s previous work, and the new study, show that in many cancers, including aggressive liver cancers, that assumption is dramatically incorrect.

In the new work, Ruggero’s team used a newly developed mouse model to study differences in RNA and protein production between tumors driven primarily by the oncogene KRAS, which grow slowly and tend not to metastasize, and more deadly tumors driven by both KRAS and a second oncogene, called MYC. These latter cancers grow aggressively and rapidly spread throughout the body, in part by evading immune system surveillance.

Strangely, despite the profound differences in the behavior of the two tumor types, genetic analyses showed that the same RNA sequences, in roughly the same quantity, were transcribed from DNA in both cancers. Why, then, do MYC/KRAS tumors grow more aggressively, metastasize and significantly reduce survival?

To answer this question, Ruggero’s team turned to a decade-old technique called ribosome profiling, developed by UCSF biochemist Jonathan Weissman, PhD, which allowed them to take a snapshot of all the proteins that were being actively built in the ribosomal protein factories of the two tumor types. By comparing the RNA that had been transcribed to the RNA actually being translated into proteins on ribosomes, the researchers spotted clear differences between KRAS and MYC/KRAS cancers: in short, the MYC oncogene directly hijacks the cells’ translational machinery to build itself a deadlier cancer proteome.

“Having a transcribed gene in cancer cells doesn’t mean you’re going to have a protein product. This is a key point that we are increasingly starting to appreciate with respect to how we must look at changes in gene expression in cancer,” said Ruggero.

In one of the paper’s most striking findings, though KRAS and MYC/KRAS tumors had nearly equal levels of transcribed RNA encoding PD-L1, the more aggressive MYC/KRAS tumors produced a significantly greater amount of the PD-L1 protein. This finding suggests that while KRAS tumors remain somewhat exposed to the immune system’s wrath, MYC/KRAS tumors are able to spread more rapidly by hijacking protein translation to hide themselves behind a more robust PD-L1 invisibility cloak.

The authors predicted that, with less PD-L1, MYC/KRAS tumors would be equally vulnerable to immune attack as KRAS tumors. To test that idea, they turned to a novel drug now in Phase 2 clinical trials that could strip these cancers of their protection from the immune system.

Much of Ruggero’s career has been dedicated to highlighting how cancer cells hijack translation control and the potential of therapies that directly target cancer’s “addiction” to high levels of protein synthesis, while leaving healthy cells — which have a significantly lower protein appetite — unaffected.

For example, in a remarkable 2015 study, Ruggero’s team showed that mice engineered to have only half of the normal capacity for protein production in cells throughout their bodies developed perfectly normally. These mice were highly resistant to developing cancer, however, because cancer cells were unable to produce the high amount of specific proteins they need to thrive. A more recent study from the Ruggero lab found that a form of aggressive prostate cancer could be targeted by causing it to “burn out” under the demands of its out-of-control protein production.

The new study tested whether an eFFECTOR compound known as eFT508 — which reduces protein production by inhibiting a cellular “translation factor” called eIF4E that is responsible for pairing RNA molecules with ribosomes — could block liver cancer’s ability to cloak itself from the immune system.

The researchers gave the experimental drug, currently in Phase 2 clinical trials to test its efficacy against several cancer types, to their model mice and found that each cancer type reacted differently to treatment. KRAS mice were unaffected by eFT508 treatment, presumably because their tumors do not rely so heavily on selective protein synthesis. But in mice carrying MYC/KRAS tumors, a daily dose of eFT508 halved PD-L1 protein levels in tumor cells. Immune cells in these treated mice soon began attacking their tumors, and their survival rate increased significantly.

In addition to PD-L1, MYC/KRAS upregulates translation of several other key proteins involved in cancer cells’ ability to reproduce, evade the immune system and spread between organs. This means that, in addition to inhibiting checkpoint proteins, as in traditional immunotherapy, scientists might now aim to block the boosted production of many proteins that cancer cells rely on in order to take down aggressive cancers with a high degree of selectivity.

“If aggressive liver cancer depends on this increased translation, it may die if you hit it with a translation inhibitor,” said Ruggero. “This is the basis of an emerging movement in cancer therapy.”

Authors: Study senior author Davide Ruggero, PhD, is the Helen Diller Chair in Basic Research at the UCSF Helen Diller Family Comprehensive Cancer Center and a member of the UCSF departments of Urology and of Cellular and Molecular Pharmacology. The study’s lead author was Yichen Xu, PhD, a postdoctoral researcher in the Ruggero lab. Jonathan Weissman, PhD, who developed the of ribosome profiling technique employed in this research but was not an author on the study, is a professor of cellular and molecular pharmacology at UCSF and Howard Hughes Medical Institute investigator. Kevan Shokat, the co-founder of eFFECTOR Therapeutics, is professor and chair of cellular and molecular pharmacology at UCSF and a Howard Hughes Medical Institute investigator.

This article was originally published on January 14, 2019, by the University of California, San Francisco, News Center. It is republished with permission.