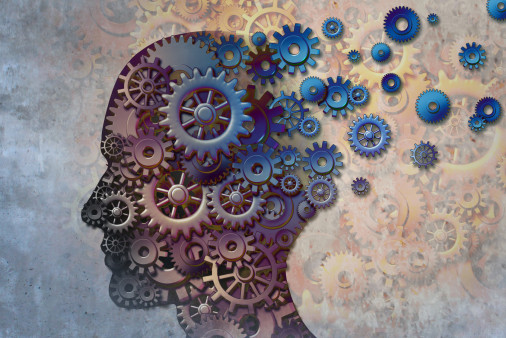 Alzheimer’s advocates laud the approval of Aduhelm, but experts raise questions about its effectiveness and cost.

On June 7, the Food and Drug Administration (FDA) granted accelerated approval of Aduhelm (aducanumab), the first new drug for Alzheimer’s disease in nearly two decades. More than 6 million people in the United States are living with the progressive brain disease, a number that is expected to rise as the population ages. While advocates for people with Alzheimer’s applauded the approval, others say the drug’s effectiveness is modest at best and its cost is excessive.

Aduhelm, from BioGen and Esai, is a monoclonal antibody that targets amyloid beta plaques, clumps of abnormal proteins that build up in the brain and damage neurons. Although the cause of Alzheimer’s is not fully understood, some experts think this process plays a key role. While the drug did reduce amyloid plaques in clinical studies, it had only a modest effect on cognitive function.

Breaking news: The FDA has approved Aducanumab, the first FDA-approved drug that delays decline due to Alzheimer’s. On behalf of those impacted by Alzheimer’s & all other dementia, we celebrate today’s historic decision. pic.twitter.com/2oJIeMADog

Despite these mixed results, Alzheimer’s advocates—some of whom received funding from Biogen and Esai—lobbied hard for approval, given the lack of existing therapies. Previously approved medications may help manage symptoms in people with advanced cognitive problems and memory loss, but by that time, brain function may be too heavily impaired to bounce back. Aduhelm is the first drug that aims to modify the underlying disease process itself.

“This first disease-slowing drug is a dramatic turning point in the fight against Alzheimer’s. Hope will replace despair for many families in the early stages of the disease,” UsAgainstAlzheimer’s chairman and cofounder George Vradenburg said in a statement. “By delaying the progression for people in the early stages of the disease, this drug therapy promises to give people more time to live independently and perform daily activities longer.”

But others are skeptical about whether Aduhelm’s benefits outweigh its risks and justify its cost. Last November, an FDA expert advisory committee voted 10 to 0 (with one abstention) against approval of the drug. Usually, the FDA accepts advisory panel recommendations, but in this case, the agency overruled the neurology committee, leading to the resignation of three members.

“I’m surprised and disappointed,” advisory panel member G. Caleb Alexander, MD, of Johns Hopkins Bloomberg School of Public Health, told the Washington Post. “I think this product was driven across the line by the magnitude of unmet need, which is enormous. But unmet needs can’t trump regulatory standards, and my concern is that in this instance they may have.”

FDA approval of aducanumab for Alz Dz highlights flaws within our healthcare system. $56,000/year could pay for 6-7hrs/day of personal care aid which would dramatically help caregivers. Instead this $$ will go toward drug with uncertain benefit. https://t.co/aJHXDZlFaw

Aduhelm was evaluated in two parallel Phase III clinical trials, dubbed EMERGE and ENGAGE, that together included more than 3,000 participants with early-stage Alzheimer’s and mild cognitive impairment who had amyloid plaques in their brain as determined by PET scans. They were randomly assigned to receive different doses of Aduhelm or a placebo.

The studies were halted ahead of schedule in March 2019 after a preliminary review found that the drug was unlikely to show a clinical benefit. But based on further analysis of additional data, Biogen reversed itself, determining that a high dose of Aduhelm delayed cognitive decline by 22% compared with the placebo in EMERGE (although the difference amounted to less than a point on an 18-point scale). The ENGAGE study, in contrast, saw no statistically significant benefit. The study results have not yet been published, but summary slides are available from the FDA.

Side effects of Aduhelm may include amyloid-related imaging abnormalities (ARIA), or temporary brain swelling that can lead to symptoms such as headache, confusion, dizziness, vision changes and nausea. This occurred in 40% of study participants. The most common adverse events include ARIA, small bleeds in the brain, falls and delirium, altered mental status or disorientation.

In both trials, people who received Aduhelm showed reduced levels of amyloid plaques, while placebo recipients saw no significant change. “This reduction in plaques is reasonably likely to result in clinical benefit,” the FDA concluded. However, several other amyloid-targeting drugs that reduce amyloid plaques have failed to demonstrate cognitive improvement.

Under pressure from AIDS activists and other patient advocates, the FDA created its accelerated approval program in the early 1990s to allow earlier authorization of drugs for serious conditions that address unmet medical needs. Such therapies can receive provisional approval based on surrogate endpoints—for example, lowering HIV viral load, shrinking tumors or, in this case, reducing amyloid plaques.

Medications that receive accelerated approval are still required to undergo further testing to confirm that they provide clinical benefits, and the FDA can rescind approval if they don’t measure up. The FDA and Biogen are already at odds over a confirmatory trial for Aduhelm: The agency asked the company to start such a study by August 2022, but Biogen maintains that it has nine years to complete it. Recruitment for controlled trials of approved drugs can be difficult because potential participants may be unwilling to gamble on getting a placebo.

One point of controversy is the breadth of the FDA approval. While Aduhelm has demonstrated modest benefit only for people with early-stage Alzheimer’s and confirmed amyloid plaques, the drug’s prescribing information includes no such limitations. Biogen estimates that 1 to 2 million people with mild cognitive impairment due to suspected Alzheimer’s would have amyloid plaques if tested.

Aduhelm has not yet been evaluated in groups with various comorbidities. For example, studies have found that people living with HIV have a higher likelihood of developing early-onset Alzheimer’s. Antiretroviral treatment reduces the risk, suggesting that inflammation related to chronic HIV infection may be a contributing factor. Many people with cancer are elderly, but it can be difficult to tease out whether cognitive impairment in this group is related to Alzheimer’s, cancer that has spread to the brain or side effects of cancer treatment.

Another issue is the cost of the new medication. Biogen set a list price of $56,000 per year—several times higher than financial analysts had expected. The drug must be administered by IV infusion once monthly, adding to the cost. Biogen CEO Michel Vounatsos said on a conference call that the company considers this price “responsible” and “sustainable for the system.” Defending the cost, the company noted that cancer immunotherapies, such as Merck’s Keytruda (pembrolizumab), can cost more than $150,000 a year—but that drug has been proved to extend survival for people with several types of cancer.

Others disagree that the cost is justified. The Institute for Clinical Economic Review, a nonprofit that promotes fair drug pricing, calculates that Aduhelm could be considered cost effective at a price somewhere between $2,500 and $8,300.

In an Atlantic article titled “The Drug That Could Break American Health Care,” two law professors estimate that if a third of Americans with Alzheimer’s receive Aduhelm, health care spending could rise by $112 billion a year—more than the total Medicare expenditure for prescription drugs purchased at pharmacies in 2020. “[T]he drug’s approval could trigger hundreds of billions of dollars of new government spending, all without a vote in Congress or indeed any public debate over the drug’s value,” wrote Nicholas Bagley, of the University of Michigan, and Rachel Sachs, of Washington University in St. Louis.

The high price could overwhelm Medicare and lead private insurers to restrict coverage or raise premiums—akin to what happened with Sovaldi (sofosbuvir), an expensive breakthrough cure for hepatitis C, although that approval in 2013 impacted Medicaid more than Medicare.

Individuals’ out-of-pocket costs will depend on how good their insurance is, and insurers may not cover PET scans or spinal taps to confirm an Alzheimer’s diagnosis or MRI scans to monitor for brain swelling or bleeding. Aduhelm will fall under Medicare Part B, which covers drugs administered in a doctor’s office or other outpatient setting, with a 20% copay for people who do not carry supplemental insurance. What’s more, providers may not have the capacity to administer hourlong infusions to another million or more patients.

Some experts fear Aduhelm’s cost and logistical barriers could exacerbate racial and socioeconomic inequities in access to care. Black and Latino Americans are more likely to develop Alzheimer’s than white Americans, but they are less likely to receive a diagnosis, according to the Alzheimer’s Association. They are also less likely to have comprehensive insurance coverage and have been underrepresented in clinical trials of Alzheimer’s therapies.

Following the approval, Biogen and Eisai announced a set of programs to help all qualified patients—including those from traditionally underserved populations—receive cognitive screening and PET testing and pay for Aduhelm and infusion costs.

The consumer watchdog group Public Citizen panned Aduhelm’s approval. “The FDA’s decision shows a stunning disregard for science and eviscerates the agency’s standards for approving new drugs,” Michael Carome, MD, director of Public Citizen’s Health Research Group, said in a statement. “Approving aducanumab despite the lack of evidence of effectiveness plus the well-documented risk of serious harm will raise false hope for millions of Alzheimer’s patients and their families, potentially bankrupt the Medicare program because of the drug’s projected exorbitant price and impede for years the development of other experimental treatments for the disease.”

Alzheimer’s advocates acknowledged the concerns about cost and access. The drug’s price is “simply unacceptable,” according to the Alzheimer’s Association. “For many, this price will pose an insurmountable barrier to access, it complicates and jeopardizes sustainable access to this treatment, and [it] may further deepen issues of health equity,” the organization said.

But advocates contested the assertion that Aduhelm’s approval could set back Alzheimer’s research, predicting just the opposite.

“This FDA drug approval ushers in a new era in Alzheimer’s treatment and research,” said Alzheimer’s Association chief science officer Maria Carrillo, PhD. “History has shown us that approvals of the first drug in a new category invigorates the field, increases investments in new treatments and encourages greater innovation.”

Added UsAgainstAlzheimer’s Vradenburg, “To get to the best-in-class drug—and ultimately a cure—there must be a first-in-class drug such as aducanumab. This approval will spark additional investment by other companies in disease-modifying treatments and therapies.” 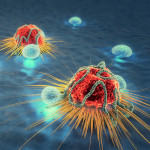 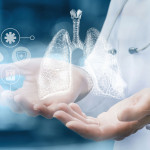