On February 14, the Food and Drug Administration (FDA) approved Erleada (apalutamide) for the treatment of men with high-risk prostate cancer that does not respond to standard hormone therapy but has not yet spread elsewhere in the body, a process known as metastasis. This is the first treatment to be approved for this population.

Erleada, from Janssen, is a next-generation nonsteroidal medication that interferes with androgen receptor signaling and blocks the action of male hormones in the body, including their ability to stimulate prostate cancer growth.

Results from the Phase III SPARTAN trial, presented last week at the American Society of Clinical Oncology (ASCO) Genitourinary Cancers Symposium in San Francisco, showed that Erleada delayed the spread of cancer by two years. The findings were also published in The New England Journal of Medicine.

About 165,000 men in the United States will develop prostate cancer this year, and it is the second leading cause of cancer-related death, according to the American Cancer Society.

Prostate cancer is usually initially treated with surgery or radiation therapy, often followed by androgen deprivation therapy (ADT). This type of treatment deprives tumors of testosterone and other androgens (male hormones) that promote their growth, usually by stopping testosterone production through medical or surgical castration. But prostate cancer can develop the ability to grow despite low testosterone levels, a characteristic known as being castration-resistant.

Until now there was no approved treatment for men with castration-resistant cancer who show no evidence of metastasis on imaging tests but are considered to be at high risk due to rapidly rising levels of prostate specific antigen (PSA), a biomarker associated with disease progression.

As previously reported, SPARTAN included 1,207 men with nonmetastatic prostate cancer that had stopped responding to ADT. They were randomized to add Erleada pills or a placebo to their current therapy. The major endpoint was metastasis-free survival, meaning patients were still alive and cancer had not spread to their bones, soft tissue or distant lymph nodes.

The results showed that men taking Erleada had a median metastasis-free survival time of 40.5 months, compared with 16.2 months in the placebo group—a 72 percent reduction in the risk of metastasis or death. They also had a lower likelihood of rising PSA levels and a longer time before they experienced worsening pain or other cancer symptoms. The findings were strong enough that the study was unblinded and the men in the placebo group were offered Erleada.

The median overall survival was 39 months in the placebo group but was not reached in the Erleada group because most of those men were still alive, representing a 30 percent reduction in deaths in this interim analysis.

The “gold standard” of evidence for new therapies is whether they improve survival in randomized clinical trials. But this can take a long time, and patients with life-threatening diseases often don’t have time to wait. The FDA may therefore allow approval based on so-called surrogate markers, which are earlier signals that a treatment is working and will likely lead to improvement in long-term outcomes.

“The FDA evaluates a variety of methods that measure a drug’s effect, called endpoints, in the approval of oncology drugs. This approval is the first to use the endpoint of metastasis-free survival,” measuring the length of time that tumors did not spread or death did not occur after starting treatment, said Richard Pazdur, MD, acting director of the Office of Hematology and Oncology Products in the FDA’s Center for Drug Evaluation and Research. “In the trial supporting approval, Erleada had a robust effect on this endpoint. This demonstrates the agency’s commitment to using novel endpoints to expedite important therapies to the American public.”

The FDA’s approval of Erleada happened unusually fast. The drug was granted priority review status in December and a decision was expected by April. Janssen received another prostate cancer approval last week, for Zytiga (abiraterone acetate) for metastatic cancer that remains castration-sensitive, or susceptible to hormone therapy.

Click here to see the full prescribing information for Erleada. 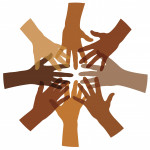