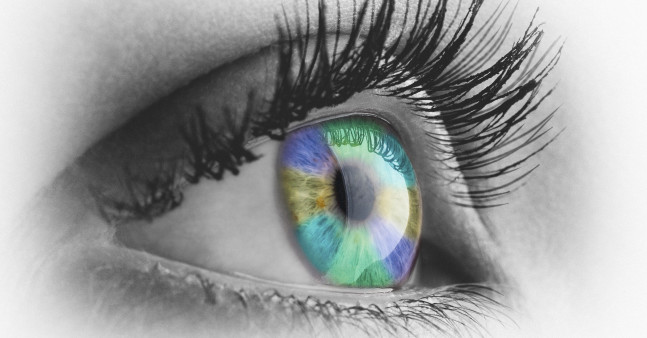 On January 25, the Food and Drug Administration (FDA) approved Kimmtrak (tebentafusp), a novel type of immunotherapy for the treatment of advanced uveal melanoma, a rare cancer of the eye.

“Uveal melanoma is a devastating disease that has historically resulted in death within a year of metastasis for our patients,” John Kirkwood, MD, director of the Melanoma Center at the University of Pittsburgh Hillman Cancer Center, said in a press release. The approval of Kimmtrak “represents a major paradigm shift in the treatment of metastatic uveal melanoma, and for the first time offers hope to those with this aggressive form of cancer.”

Melanoma originates in melanocytes, or pigment-producing cells. Best known as a type of skin cancer, it can also occur in the eye. The uvea, or middle layer of the eye, consists of the iris (the colored part), a ring-shaped muscle and the choroid, a layer of vascular tissue at the back of the eye. Around 2,500 people are diagnosed with uveal melanoma annually in the United States, according to the Melanoma Research Alliance, making it the most common type of primary ocular cancer.

Medications used to treat skin melanoma, such as checkpoint inhibitor immunotherapy, do not work as well against uveal melanoma. Kimmtrak, the first drug approved specifically for this type of cancer, is indicated for adults with inoperable or metastatic uveal melanoma with a genetic variation known as HLA-A*02:01. It is administered by IV infusion once weekly.

Kimmtrak, from Immunocore, is a new type of drug known as a bispecific T-engager, or BiTE, which links cancer-fighting T cells to their targets on tumors. “One end targets a tumor molecule, and the other binds to a T cell and activates it. So by forming a little bridge between the T cell and the tumor cell, you can get a T cell to kill it, even though the T cell itself is not specific for the tumor—it will just kill it because it’s so close,” Marcela Maus, MD, PhD, of Massachusetts General Hospital Cancer Center, explained in a Cancer Health article last year. One other BiTE, Blincyto (blinatumomab), was approved for a type of leukemia in 2014.

But Kimmtrak goes further, directly targeting melanoma cells. It is the first approved T-cell receptor (TCR) therapeutic, comprised of a soluble TCR fused to an engineered antibody-like molecule. It binds to both CD3 receptors on T cells and gp100 antigens on melanoma cells, enabling the immune cells to recognize and kill the cancer cells.

The FDA approval is supported by results from an open-label Phase III trial (NCT03070392) that enrolled 378 patients with previously untreated metastatic uveal melanoma who were HLA-A*02:01 positive. They were randomly assigned to receive Kimmtrak or one of three comparator drugs: the checkpoint inhibitors Keytruda (pembrolizumab) or Yervoy (ipilimumab), or the chemotherapy drug dacarbazine.

As reported in The New England Journal of Medicine, people treated with Kimmtrak experienced longer overall survival than those who received the comparator drugs (median 21.7 months versus 16.0 months, respectively), representing a 49% lower risk of death. At one year, 73% of Kimmtrak recipients and 59% of those in the control group were still alive. Kimmtrak also significantly improved progression-free survival. The overall response rate was low in both groups (9% and 5%, respectively), but more Kimmtrak recipients experienced modest tumor shrinkage that did not meet the trial’s response criteria or had stable disease without further progression, yielding disease control rates of 46% and 27%, respectively.

Kimmtrak, which is expected to be available within a few weeks, will cost $18,760 per vial (one weekly dose), according to FiercePharma. Immunocore’s KIMMTRAKConnect program (844-775-CARE) will provide patient support and financial assistance.

“Until now, effective treatment options for metastatic uveal melanoma patients were virtually non-existent,” Kyleigh LiPira, CEO of the Melanoma Research Foundation, said in the Immunocore press release. “The approval of Kimmtrak represents not only a new therapy but a new hope for the individuals and the families of those diagnosed with the deadliest form of eye cancer.”