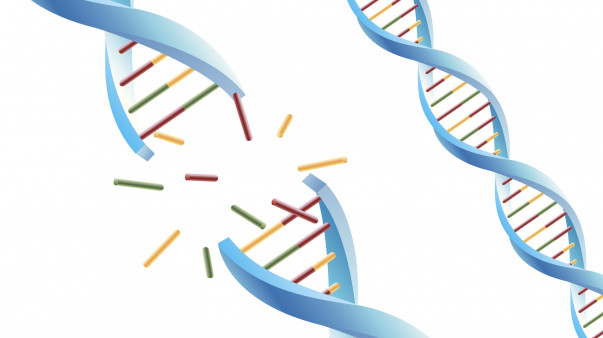 The immunotherapy is now approved to treat tumors with a specific genetic mutation anywhere in the body.

On August 17, the Food and Drug Administration (FDA) granted accelerated approval to the checkpoint inhibitor Jemperli (dostarlimab) as a pancancer treatment for any type of advanced solid tumor with a genetic characteristic known as mismatch repair deficiency (dMMR).

The approval highlights the importance of tumor genomic testing to see if a treatment is likely to work. The FDA also approved a companion biomarker diagnostic test to determine if patients are eligible for Jemperli.

“Dostarlimab is an important new treatment option for patients with mismatch repair-deficient recurrent or advanced solid cancers who have progressed and have no alternative options,” Jubilee Brown, MD, of the Atrium Health Levine Cancer Institute in Charlotte, North Carolina, said in a GlaxoSmithKline press release.

Cancer treatments have traditionally been tested and approved for tumors at specific sites in the body, for example, breast or colon cancer. But pancancer, or site-agnostic, therapies treat cancer with specific shared characteristics anywhere in the body.

Normal cells are able to detect and repair mistakes that arise when DNA is copied during cell division. Tumors with mismatch repair deficiency lack this mechanism, which means DNA errors can accumulate and allow cells to grow out of control. An estimated 14% of patients with solid tumors have the dMMR mutation, according to GlaxoSmithKline.

Jemperli is a monoclonal antibody immunotherapy that targets PD-1, a receptor on T cells that regulates immune function. Some tumors can hijack PD-1 to turn off immune responses. Drugs that block the interaction between PD-1 on T cells and PD-L1, its binding partner on tumor cells, can release the brakes and restore T-cell activity.

Jemperli was first approved in April 2021 for the treatment of recurrent or advanced endometrial cancer with mismatch repair deficiency that has progressed despite chemotherapy. Now, the FDA has expanded the approval to all dMMR tumors regardless of location. The drug is indicated for adults with recurrent or advanced dMMR solid tumors, as determined by the FDA-approved test, that have progressed on or following prior treatment and who have no satisfactory alternative treatment options.

The FDA previously approved another PD-1 inhibitor, Keytruda (pembrolizumab), for dMMR tumors and cancers with a high tumor mutation burden. Two other medications, the targeted therapies Vitrakvi (larotrectinib) and Rozlytrek (entrectinib), were initially approved as pancancer therapies for tumors with NTRK gene alterations.

In the open-label Phase I GARNET trial (NCT02715284), 209 people with various types of advanced or recurrent dMMR tumors were treated with Jemperli administered via IV infusion every three weeks for the first four doses and then every six weeks.

The overall response rate—meaning complete or partial tumor shrinkage—was 42%, including 9% with complete responses. The median duration of response was 34.7 months, and almost all responders experienced remission for at least six months. The response rates were similar for endometrial cancer and other tumor types.

Treatment with Jemperli was generally safe, with the most common side effects being fatigue (42%), anemia (30%), diarrhea (25%) and nausea (22%). Checkpoint inhibitors that unleash immune responses against cancer can also activate the immune system more broadly, leading to excessive inflammation.

Drugs that receive accelerated approval based on overall response rate are expected to undergo further testing to confirm whether they provide clinical benefits such as improved survival, and the FDA can rescind the approval if they fail to measure up.

Click here to learn more about the pancancer paradigm.