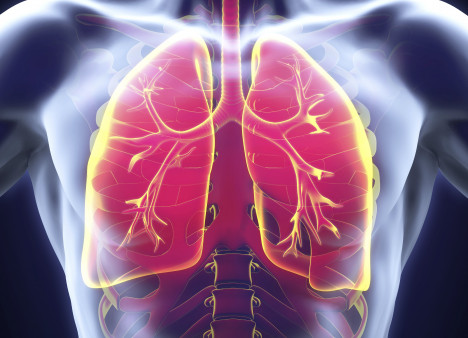 Libtayo was approved for patients who are not eligible for several other types of treatment, including those who are not candidates for surgical removal of their cancer or definitive chemotherapy plus radiation and those whose tumors do not have EGFR, ALK or ROS1 mutations that would make them eligible for targeted therapy.

Libtayo, from Regeneron and Sanofi, is a type of immunotherapy that helps the immune system fight cancer. It was approved for the treatment of advanced cutaneous squamous cell carcinoma in 2018 and for advanced basal cell carcinoma shortly before the lung cancer approval.

Libtayo is a monoclonal antibody that blocks PD-1, a checkpoint receptor on T cells that regulates immune function. Some tumors can hijack PD-1 to turn off immune responses against them. Medications that block the interaction between PD-1 and its binding partner, known as PD-L1, can release the brakes and restore T-cell activity. Tumors with high levels of PD-L1 tend to respond better to this type of treatment.

The latest approval was based on results from the Phase III EMPOWER-Lung 1 trial, which included 710 participants with inoperable locally advanced or metastatic NSCLC. More than 80% were men, most were white and the median age was 63 years. Their lung tumors had at least 50% PD-L1 expression but lacked EGFR, ALK or ROS1 alterations. More than one in ten had cancer that had spread to the brain.

The study participants were randomly assigned to receive Libtayo or platinum-based chemotherapy. Libtayo was administered by IV infusion every three weeks. People whose cancer progressed could modify their treatment, and more than 70% of those on chemotherapy ended up switching to Libtayo.

“Notably, Libtayo was approved based on a pivotal trial where most chemotherapy patients crossed over to Libtayo following disease progression, and that allowed for frequently underrepresented patients who had pretreated and clinically stable brain metastases, or who had locally advanced disease and were not candidates for definitive chemoradiation,” study investigator Naiyer Rizvi, MD, of Columbia University Irving Medical Center, said in a Regeneron press release. “This gives doctors important new data when considering Libtayo for the varied patients and situations they treat in daily clinical practice.”

Study results were reported last fall at the European Society for Medical Oncology Virtual Congress 2020 and published in the February 13, 2021, issue of The Lancet, showing that Libtayo delayed disease progression and improved overall survival.

When the researchers limited the analysis to 563 people with proven PD-L1 expression of 50% or higher using an FDA-approved test, progression-free survival time rose to 8.2 months in the Libtayo group but stayed about the same (5.7 months) in the chemotherapy group. The median overall survival time also stayed the same in the chemo group (14.2 months) but was not reached in the Libtayo group because a majority of patients were still alive, representing a 43% improvement.

A concern with checkpoint inhibitors is immune-related adverse events. While restoring immune responses against cancer, these drugs can also cause the immune system to attack healthy tissue, leading to excessive inflammation of organs including the lungs, intestines, liver, kidneys and endocrine system.

Clinical trials of Libtayo for other types of cancer are currently underway.

“We developed Libtayo to deliver clinically meaningful benefits to patients suffering from a diverse range of cancers and to establish a foundation for potential future immunotherapy combinations,” Regeneron senior vice president Israel Lowy, MD, PhD, said in the press release. “Libtayo is being investigated in a variety of settings, and we hope to share updates later this year on our pivotal trials in cervical cancer and in combination with chemotherapy in advanced non-small cell lung cancer.”