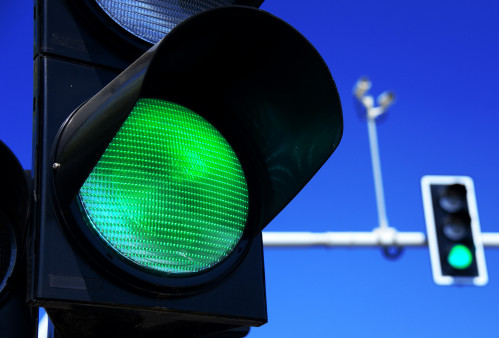 First-line immunotherapy improved overall survival by around 20% to 40%, depending on PD-L1 level.

The Food and Drug Administration (FDA) has approved the checkpoint inhibitor Keytruda (pembrolizumab) for people starting treatment for inoperable or metastatic head and neck cancer, either alone or with chemotherapy, depending on whether they have a prognostic biomarker.

The approval was based on findings from the Phase III KEYNOTE-048 study, which compared Keytruda with or without chemotherapy against a targeted therapy combination in nearly 900 people with advanced head and neck cancer. As reported at the American Society of Clinical Oncology (ASCO) annual meeting this month in Chicago, Keytruda plus chemotherapy improved overall survival in the full study population, while Keytruda alone did so in people with PD-L1–positive tumors.

Head and neck cancer describes a set of malignancies that involve the mouth, throat, larynx (voice box), nose, sinuses and salivary glands. However, it usually is not defined to include brain tumors, cancers of the eye or thyroid cancer. A growing proportion of oral cancers are caused by human papillomavirus (HPV). Most head and neck cancers are squamous cell carcinomas that develop in the lining of mucous membranes. Treatment may involve surgery, radiation, chemotherapy, targeted therapy or immunotherapy.

Keytruda is a PD-1 checkpoint inhibitor, a type of immunotherapy that helps the immune system fight cancer. PD-1 is a receptor on T cells that plays a role in regulating immune function. Some tumors can hijack PD-1 to turn off immune responses against them. Drugs that block PD-1 or its binding partner, known as PD-L1, can release the brakes and restore T-cell activity. People with higher PD-L1 levels in their tumors tend to do better on checkpoint inhibitors, but this is not a reliable predictor of individual response.

On June 10, the FDA approved Keytruda plus platinum chemotherapy and fluorouracil as first-line treatment for all patients with metastatic or inoperable recurrent head and neck cancer as well as Keytruda alone (known as monotherapy) for those with PD-L1–positive tumors, as indicated by a combined positive score (CPS) of 1 or higher. Keytruda was previously approved for people with recurrent or metastatic head and neck cancer who experienced disease progression during or after platinum-based chemotherapy, as is another PD-1 checkpoint blocker, Opdivo (nivolumab).

Keynote-048 included 882 people who had not yet received systemic therapy for metastatic disease or who had recurrent cancer that was not considered curable with local methods, such as surgery or radiation. They were stratified according to PD-L1 expression level (85% with CPS scores of 1 or higher; 43% with scores of 20 or higher) and HPV status (22% positive). They were randomly allocated to one of the following regimens:

The recommended Keytruda dose is 200 milligrams administered as an IV infusion over 30 minutes every three weeks. Treatment can continue until patients experience disease progression or unacceptable toxicity or reach two years on therapy.

Looking at the study population as a whole, participants treated with Keytruda plus chemotherapy showed an improvement in overall survival (OS) compared with those who received Erbitux plus chemotherapy. This difference was statistically significant, meaning it was probably not driven by chance. As previously reported, the median OS time was 13.0 months in the Keytruda/chemotherapy group versus 10.7 months in the Erbitux/chemotherapy group. After three years, 22.6% and 10.0%, respectively, were still living. Overall response rates, meaning complete or partial tumor shrinkage, were similar (about 36%), although full remission was more common with the Keytruda combination (6% versus 3%).

According to the latest data presented at the ASCO meeting, Keytruda plus chemotherapy also bested the target therapy combination in people with PD-L1 scores of 1 or higher (median OS 13.6 months versus 10.4 months) and those with scores of 20 or higher (14.7 months versus 11.0 months). In the higher PD-L1 group, 33.2% of Keytruda/chemotherapy recipients were still alive at three years.

In a comparison of Keytruda monotherapy versus the targeted therapy combo, the median overall survival times for the population as a whole were statistically similar, 11.5 months and 10.7 months, indicating that Keytruda was noninferior. However, the overall response rate was about twice as high in the Erbitux/chemotherapy group.

A concern with checkpoint inhibitors is that in addition to restoring immune responses against cancer, they can unleash the immune system more broadly, leading to inflammation of healthy organs. In this study, severe immune-mediated adverse events were uncommon (5% with Keytruda/chemotherapy, 6% with Keytruda alone, 8% with Erbitux/chemotherapy).

“This approval is a very exciting milestone in the treatment of head and neck cancer and has the potential to transform the way we treat patients with this debilitating disease by offering important new therapeutic options,” Barbara Burtness, MD, of Yale Cancer Center, said in a Merck press release. “Metastatic or recurrent head and neck cancer has been an area of significant unmet need, so it is encouraging to have immunotherapy regimens available for patients in the first-line setting.”