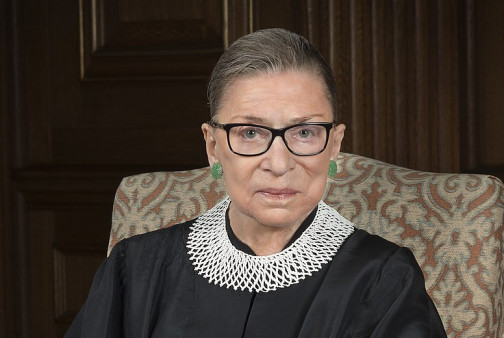 Justice Ruth Bader Ginsburg, who was treated for pancreatic cancer last year, remains free of cancer, she told CNN in an interview this week.

As reported last August, the Supreme Court of the United States announced that Ginsburg had finished a three-week course of radiation therapy done on an outpatient basis at Memorial Sloan Kettering Cancer Center in New York City.

“The tumor was treated definitively, and there is no evidence of disease elsewhere in the body,” the SCOTUS statement read. “No further treatment is needed at this time.”

Ginsburg has since resumed her active role on the court, and half a year later, she remains “cancer-free,” she said in her recent wide-ranging interview, which primarily focused on legal issues.

At age 86, Ginsburg is the oldest justice, and her health is closely watched because her replacement by a conservative judge would further shift the makeup of the high court.

Ginsburg was treated for colon cancer in 1999 and for very early stage pancreatic cancer in 2009. In December 2018, she underwent surgery to remove part of her left lung after early-stage nodules were found during an operation to repair broken ribs resulting from a fall at her office.

The latest pancreas tumor was discovered after a routine blood test and biopsy. Pancreatic cancer, which often has no symptoms and is typically detected at late stages, is among the most deadly malignancies. Ginsburg was fortunate to have caught her cancer early. Like many cancer survivors, she will continue to receive regular blood tests and scans to monitor for recurrence.

“There was a senator, I think it was after my pancreatic cancer, who announced, with great glee, that I was going to be dead within six months,” Ginsburg recalled in an NPR interview in July. “That senator, whose name I have forgotten, is now himself dead, and I am very much alive.”