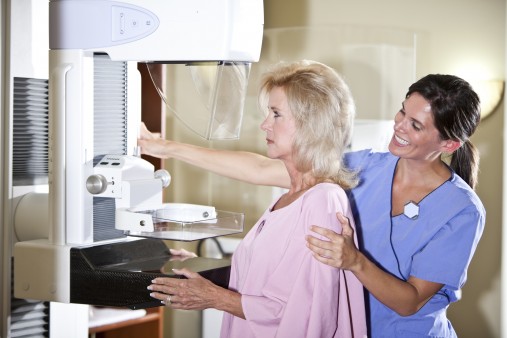 A growing chorus of experts say that testing in the nation’s oldest patients is highly unlikely to detect lethal disease, hugely expensive and more likely to harm than help.

Elena Altemus is 89 and has dementia. She often forgets her children’s names, and sometimes can’t recall whether she lives in Maryland or Italy.

Yet Elena, who entered a nursing home in November, was screened for breast cancer as recently as this summer. “If the screening is not too invasive, why not?” asked her daughter, Dorothy Altemus. “I want her to have the best quality of life possible.”

But a growing chorus of geriatricians, cancer specialists and health system analysts are coming forth with a host of reasons: Such testing in the nation’s oldest patients is highly unlikely to detect lethal disease, hugely expensive and more likely to harm than help since any follow-up testing and treatment is often invasive.

And yet such screening—some have labeled it “overdiagnosis”—is epidemic in the United States, the result of medical culture, aggressive awareness campaigns and financial incentives to doctors.

By looking for cancers in people who are unlikely to benefit, “we find something that wasn’t going to hurt the patient, and then we hurt the patient,” Sei Lee, MD, an associate professor of geriatrics at the University of California San Francisco.

Nearly 1 in 5 women with severe cognitive impairment—including older patients like Elena Altemus—are still getting regular mammograms, according to the American Journal of Public Health—even though they’re not recommended for people with a limited life expectancy. And 55 percent of older men with a high risk of death over the next decade still get PSA tests for prostate cancer, according to a 2014 study in JAMA Internal Medicine.

Among people in their 70s and 80s, cancer screenings often detect slow-growing tumors that are unlikely to cause problems in patients’ lifetimes. These patients often die of something else—from dementia to heart disease or pneumonia—long before their cancers would ever have become a threat, said Deborah Korenstein, MD, chief of general internal medicine at New York’s Memorial Sloan Kettering Cancer Center. Prostate cancers, in particular, are often harmless.

Patients with dementia, for example, rarely live longer than a few years.

“It generally takes about 10 years to see benefit from cancer screening, at least in terms of a mortality benefit,” Korenstein said.

Enthusiasm for cancer screenings runs high among patients and doctors, both of whom tend to overestimate the benefits but underappreciate the risks, medical research shows.

In some cases, women are being screened for tumors in organs they no longer have. In a study of women over 30, nearly two-thirds who had undergone a hysterectomy got at least one cervical cancer screening, including one-third who had been screened in the past year, according to a 2014 study in JAMA Internal Medicine.

Even some patients with terminal cancers continue to be screened for other malignancies.

Nine percent of women with advanced cancers—including tumors of the lung, colon or pancreas—received a mammogram and 6 percent received a cervical cancer screen, according to a 2010 study of Medicare recipients over age 65. Among men on Medicare with incurable cancer, 15 percent were screened for prostate cancer.

Although screenings can extend and improve lives for healthy, younger adults, they tend to inflict more harm than good in people who are old and frail, Korenstein said. Testing can lead to anxiety, invasive follow-up procedures and harsh treatments.

“In patients well into their 80s, with other chronic conditions, it’s highly unlikely that they will receive any benefit from screening, and more likely that the harms will outweigh the benefits,” said Cary Gross, MD, a professor at the Yale School of Medicine.

By screening patients near the end of life, doctors often detect tumors that don’t need to be found and treated. Researchers estimate that up to two-thirds of prostate cancers are overdiagnosed, along with one-third of breast tumors.

“Overdiagnosis is serious,” Gross said. “It’s a tremendous harm that screening has imposed. … It’s something we’re only beginning to reckon with.”

A variety of medical specialties—from the American College of Surgeons to the Society of General Internal Medicine—have advised doctors against screening patients with limited time left. For example, the American Cancer Society recommends prostate and breast cancer screenings only in patients expected to live 10 years or more.

In November, a coalition of patient advocates, employers and others included prostate screenings in men over age 75 in its list of the top five “low-value” medical procedures. A. Mark Fendrick, MD, co-director of the coalition, referred to the five procedures as “no-brainers,” arguing that health plans should consider refusing to pay for them.

Taxpayers usually foot the bill for these tests, because most seniors are covered by Medicare.

And while cancer screenings generally aren’t expensive—a mammogram averages about $100—they can launch a cascade of follow-up tests and treatments that add to the total cost of care.

Most spending on unnecessary medical care stems not from rare, big-ticket items, such as heart surgeries, but cheaper services that are performed much too often, according to an October study in Health Affairs.

A Hard Habit to Break

“It’s jarring for someone who’s been told every year to get screened and then at age 75 you tell them to stop,” she said.

John Randall, 78, says he plans to live into his 90s. He sees no reason to skip cancer screening.

“I, for one, do not like to hear what my life expectancy is,” said Randall, who lives near Madison, Wis. He plans to have his next colonoscopy in January. He feels healthy and walks 2 miles at a stretch several days a week. “No one knows when I am going to die.”

Decades of public awareness campaigns have convinced patients that cancer screenings are essential, said Lisa Schwartz, MD, MS, a professor at the Dartmouth Institute for Health Policy and Clinical Practice. Her research found that many people see cancer screening as a moral obligation and can’t imagine a day when they would stop getting screened.

Such campaigns have convinced many women that “mammograms saves lives.”

But those campaigns don’t mention that doctors need to screen 1,000 women for a decade in order to prevent one death from breast cancer, said Schonberg.

Yet screenings can have dire consequences. Medical complications during colonoscopies—such as intestinal tears—are almost twice as common in patients ages 75 to 79 compared with those 70 to 74, according to a study published in January in Annals of Internal Medicine.

Colonoscopies, which require extensive bowel cleansing before the procedure, also can leave many older people dehydrated and prone to fainting.

PSA tests can lead to prostate biopsies—in which doctors use needles to sample tissue—that cause infections in about 6 percent of men. These infections send about 1 in 100 men who undergo the procedure to the hospital, according to a 2014 study in the Journal of Urology.

Even removing nonfatal skin cancers can cause problems for older patients, said Eleni Linos, MD, an associate professor at the University of California-San Francisco School of Medicine. Frail patients can struggle to care for surgical wounds and change dressings; their wounds are also less likely to heal well, Linos said. More than 1 in 4 patients with nonfatal skin cancers report a complication of treatment, Linos’s research shows.

Yet most of the 2.5 million slowest-growing skin cancers found each year are diagnosed in people over 65, according to Linos’s 2014 study. More than 100,000 of these nonfatal skin cancers are treated in patients who die within one year.

Screenings, follow-up tests and treatments can cause emotional trauma as well.

“For a woman of that generation who doesn’t have the cognitive ability to understand what’s going on, having private parts of their body exposed and pressed against a machine can be very agitating and upsetting,” Lee said.

Among older women, about 70 percent report significant stress at the time of a biopsy, Schonberg said. Simply lying on a table for a 45-minute biopsy can cause pain for women with significant arthritis, she said.

Virtually all older women with breast cancer wind up getting surgery, which poses additional hardships, Schonberg said. Many are prescribed hormonal therapies that can cause bone pain, fatigue and increase the risk of stroke.

With prostate cancer, doctors today try to reduce the harm from overdiagnosis by offering men with early-stage disease “active surveillance” instead of immediate treatment. A study published last year in the New England Journal of Medicine found that men are just as likely to survive 10 years whether they choose to be treated or monitored.

Jay Schleifer, 74, of Wellington, Fla., was diagnosed with a low-risk prostate cancer last year. Since then, his doctor has monitored him with additional tests. He’ll be treated only if tests suggest his cancer has become more aggressive.

This less aggressive approach aims to spare Schleifer from long-term side effects.

Among men who have had prostate cancer surgery, 14 percent lose control of their bladders and 14 percent develop erectile dysfunction, according to a 2013 study in JAMA Internal Medicine.

In a study published in July in the Journal of Clinical Oncology, Richard Hoffman, MD, MPH, found 15 percent of prostate cancer survivors regretted their treatment decision. Those treated with surgery and radiation were about twice as likely to regret their choice compared with those who opted to monitor their disease.

Harold Honeyfield, 87, said he didn’t fully understand the risks when he had prostate cancer surgery 12 years ago. Although he is glad he was treated, the surgery caused irreversible erectile dysfunction, which has caused stress and sadness for him and his wife of 47 years.

“When a man has no erections, that is paralysis,” said Honeyfield, of Davis, Calif., who started a support group for other men dealing with prostate cancer. “You’ve lost the ability to be a man.”

Doctors have a number of incentives to continue ordering screening tests as people age.

“It’s a lot easier to say, ‘Fine, get your regular mammogram this year,’ than to have the much more difficult conversation that it’s not helpful when life expectancy is limited,” Gross said.

Schonberg said she tries to be diplomatic when talking to patients about halting screening.

Many physicians continue screening older people because they’re afraid they’ll be sued if they miss a cancer, Schonberg said. And she notes that some health systems award bonuses to clinicians whose patients have high screening rates.

In addition, “doing less can be perceived as a lack of caring or as ageism,” Schonberg said. “It can be uncomfortable for a physician to explain why doing less is more.”

Doctors should prioritize what they can do to help patients be healthier, said Louise Walter, MD, chief of geriatrics at the University of California-San Francisco and a geriatrician at the San Francisco VA Medical Center. For many older patients, screening for cancer is not their most pressing need.

For example, Walter might tell a patient, “‘Right now, you have really bad heart failure and we need to get that under control,’” Walter said.

Other key issues for many older people include preventing falls, treating depression and alleviating stress in their caregivers, Walter said. Gross said he urges patients to take steps shown to improve their health, such as getting a flu shot or exercising at least 15 minutes a day.

“These are things that can help them feel better very quickly,” Walter said. “Screenings can take years to have a benefit, if at all.”

In this series, “Treatment Overkill,” Kaiser Health News investigates the causes and consequences of medical overtreatment, both for patients and the health care system. This article was originally published on December 20, 2017, by Kaiser Health News. It is republished with permission.