Does Hepatitis B Treatment Lower the Risk of Liver Cancer?

Treatment with Viread and Baraclude led to a decline in liver cancer in Europe but not in South Korea.

Over the long term, antiviral treatment for hepatitis B virus (HBV) should reduce the number of people who develop hepatocellular carcinoma (HCC), a form of primary liver cancer. But in the meantime, a decline in deaths due to other types of liver disease, such as decompensated cirrhosis, could mean that more people with hepatitis B will live long enough to develop liver cancer.

These paradoxical findings come from two studies recently published in Hepatology. A European study found that the risk of developing HCC decreased after five years of treatment with Viread (tenofovir disoproxil fumarate) or Baraclude (entecavir). But a Korean study found that while overall liver disease mortality has fallen dramatically since the debut of the first antivirals for HBV, liver cancer deaths continue to increase.

Over years or decades, chronic hepatitis B can lead to severe liver disease, including cirrhosis and end-stage liver failure. Responding to the ongoing viral assault, the liver produces scar tissue, a process known as fibrosis. Cirrhosis occurs when the scar tissue grows enough to block the flow of blood through the liver and replace the healthy cells that carry out the organ’s vital functions. In some cases, HBV infection—and the immune system’s response to it—can trigger the development of liver cancer.

Viread and Baraclude, the current recommended first-line medications for hep B, can suppress HBV replication over the long term, but they seldom lead to a cure. Effective treatment can slow, halt or even partially reverse liver disease progression and has been shown to improve survival, but advanced liver damage is generally not fully reversible. HCC usually develops in people who already have cirrhosis, but it can occur even in those with less extensive liver damage, and treatment does not eliminate the risk.

Aiming to shed more light on the relationship between antiviral therapy and HCC, George Papatheodoridis, MD, of the Medical School of National and Kapodistrian University of Athens in Greece, and colleagues studied a cohort of European patients with hepatitis B who were treated with Viread and Baraclude for at least one year.

This analysis included 1,951 white adults from 10 centers in Germany, Greece, Italy, the Netherlands, Spain and Turkey who did not have liver cancer at study entry and who started Viread or Baraclude before the end of 2012. Of these, 1,205 people did not develop HCC during the first five years of follow-up and were followed for an additional five to 10 (median 6.8) years.

About 70 percent of participants were men and the average age was 53 years. About half had normal ALT (a biomarker of liver inflammation) and 18 percent were hepatitis “e” antigen (HBeAg) positive. Just over a quarter had compensated (mostly asymptomatic) liver cirrhosis. Most either did not drink alcohol or were light drinkers. People with decompensated cirrhosis (liver failure), coinfection with hepatitis B, hepatitis D or HIV and liver transplant recipients were excluded.

The patients maintained HBV suppression, and no one experienced viral breakthrough as result of resistance to Viread or Baraclude. However, less than 3 percent experienced hepatitis B surface antigen (HBsAg) loss, generally considered a cure. Among 244 patients with transient elastography results available at five years, 80 percent showed some degree of fibrosis regression. (Transient elastography is a method of measuring liver stiffness, an indicator of fibrosis severity, using ultrasound.)

But the change in HCC risk differed according to liver disease severity. The yearly HCC incidence rate within the first five years did not differ from the post-five-year rate among people without cirrhosis (0.49 percent vs. 0.47 percent, respectively). However, among those with cirrhosis, the chances of developing HCC fell by half after five years on treatment (3.22 percent vs. 1.57 percent).

The researchers reported that all new cases of HCC after five years occurred among people who were over 50 years old when they started Viread or Baraclude. Older age, lower platelet count (blood cells involved in clotting) and a higher liver stiffness score were independently associated with a higher risk of HCC after five years.

“According to our results, the HCC incidence declines significantly after the first five years of therapy, which supports the hypothesis that the HCC risk is decreasing in [chronic hepatitis B] patients with prolongation of treatment and maintained inhibition of HBV replication,” the study authors wrote.

In a related study, Jonggi Choi, MD, of Asan Medical Center at the University of Ulsan College of Medicine in Seoul, Korea, and colleagues assessed the impact of antiviral treatment for hepatitis B on the burden of liver disease and liver cancer.

The researchers analyzed liver disease and liver cancer incidence and mortality data from the national death certificate database and central cancer registry of South Korea, a country where HBV is endemic (very common).

They looked at data from 1999—the year after lamivudine, the first antiviral for hepatitis B treatment, became available—through 2013. The number of people receiving antivirals increased from 1,716 in 1999 to 187,226 in 2013, with more than a million total prescriptions during this period.

In contrast, looking at liver cancer alone, the number of annual deaths increased by 17.8 percent (from 9,682 to 11,405) between 1999 and 2013. The crude death rate increased from 20.5 to 22.6 per 100,000 people, representing a 10.2 percent rise. However, the age-standardized death rate fell by 26.9 percent. The increase in the average age at the time of death from liver cancer (6.1 years) was significantly smaller than that of death from liver disease overall (8.8 years). The liver cancer death rate was threefold higher for men compared with women.

“Marked reduction in liver disease mortality by widespread use of antiviral treatments against HBV may increase the life expectancy and number of patients at risk of developing liver cancer, inadvertently leading to increased burden of liver cancer in a HBV-endemic population,” the authors concluded.

The researchers pointed out that most deaths resulting from liver disease and liver cancer occurred among middle-aged and older adults who did not benefit from universal HBV vaccination introduced three decades ago. This suggests that mortality rates will decrease in the future as vaccinated individuals grow older.

Taken together, these findings support the recommendation to start hepatitis B treatment before people develop cirrhosis, and underline the importance of ongoing liver cancer screening even for patients who maintain viral suppression on antivirals.

Kids With Cancer Are Not at Greater Risk for COVID-19

On COVID-19: Cancer Patients and Caregivers Share Their Current Realities 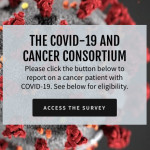