Hepatitis C Can Be Cured With Minimal Monitoring

Despite limited testing and clinical visits, 95% of the study population was able to achieve a sustained virological response.

A minimal monitoring approach to hepatitis C treatment is safe and can help achieve a sustained virological response (SVR) rate that is comparable to the current standard of care, according to findings presented at AASLD Liver Meeting Digital Experience.

“By minimizing the burden of treatment on people living with hepatitis C while ensuring efficacy and safety, this study has the potential to simplify how we treat hepatitis C around the world,” Judith Currier, MD, of the University of California, Los Angeles, said in a press release.

This minimal monitoring, or MINMON, study (NCT03512210), conducted by the AIDS Clinical Trials Group, aimed to evaluate a “Keep It Simple and Safe” approach to treating hepatitis C.

The study assessed the effectiveness of a minimal monitoring approach in resource-limited and lower-income countries as access to direct-acting antiviral therapies was being increased. To increase access to treatment, related clinical testing must be simplified without a loss of safety or efficacy. This has become even more important as the COVID-19 pandemic has decreased in-person consultations.

The trial included people with hepatitis C who had not received any earlier treatment. Between October 2018 and July 2019, the trial enrolled 400 participants at 38 centers in five countries (the United States, Brazil, South Africa, Thailand and Uganda). People with decompensated cirrhosis (liver failure) were excluded, but 9% had compensated cirrhosis.

Of this population, 35% were cisgender women and 6% were transgender; the median age was 47 years. A majority (42%) were white; 28% were Asian and 18% were Black. Some 42% were also infected with HIV; most of these individuals were on antiretroviral treatment with an undetectable viral load. Nearly a third (31%) had a history of injection drug use, and 3% reported current injection drug use. Pregnant people and those with hepatitis B coinfection were excluded.

These individuals received a single daily dose of Epclusa (sofosbuvir/velpatasvir) over a period of 12 weeks.

Of the 400 enrollees, 396 participants were assessed for an SVR, or an undetectable viral load, 12 weeks after completing treatment. The SVR rate was 95% overall as well as for people with HIV coinfection. These SVR rates are comparable to those seen in Phase III trials of hepatitis C treatment.

Individuals who did not achieve an SVR were more likely not to have fully adhered to treatment. Younger individuals (ages 20 to 29) were also less likely to be cured, with an SVR rate of 85%. Twelve of the 20 people who did not achieve an SVR reported 100% adherence. The researchers are further analyzing the data to determine whether this may be a result of reinfection rather than a lack of response to therapy.

Serious adverse events occurred in 14 participants (less than 4%), but none of these were deemed to be connected to treatment. Fifteen individuals had a total of 21 visits to deal with adverse events or other clinical abnormalities. Three participants reported that they had lost and needed to replace their medication.

“Wide adoption of the MINMON strategy, coupled with innovative case-finding strategies, has the potential to facilitate the worldwide elimination of hepatitis C, while simultaneously minimizing in-person appointments and resource use,” Sunil Solomon, MBBS, PhD, MPH, of Johns Hopkins University in Baltimore, said in the press release. “This is particularly relevant in the context of the COVID-19 pandemic as well as in low- and middle-income settings where on-treatment monitoring is a major barrier to treatment.” 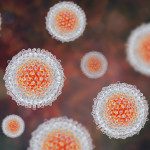