In contrast, higher plant protein intake was associated with lower incidence of the disease.

Higher animal protein intake is associated with a higher likelihood of breast cancer but not with death from the disease. On the other hand, higher vegetable protein intake was linked to a much lower incidence of the cancer as well as a lower risk of death after a diagnosis, researchers reported at the 2020 American Society of Clinical Oncology Annual Meeting.

Self-reporting of food consumption has limited research on linkages between protein intake and breast cancer, as it can be difficult for people to remember and accurately report their intake. Previous studies have shown that red meat intake is associated with a higher breast cancer risk; at the same time, higher animal protein consumption after diagnosis was linked to a lower chance of disease recurrence.

Kathy Pan, MD, of Lundquist Institute for Biomedical Innovation at Harbor-UCLA Medical Center, in Torrance, California, and her colleagues set out to illuminate any links between protein intake and breast cancer incidence (new cases) and mortality.

Using the Women’s Health Initiative registry, they assessed data from 100,024 postmenopausal women with breast cancer ages 50 to 79 who entered the study between 1993 and 1998.

While total protein intake was assessed through the measurement of biomarkers, separate animal and vegetable protein intake was estimated using a food frequency questionnaire. The women’s survival through 2016 was tracked with the help of the National Death Index.

The final results factored in daily energy intake, age, race, ethnicity, socioeconomic status, level of physical activity and other parameters. The progression of their cancers was backed by medical records.

While total protein consumption was not linked to the occurrence of breast cancer or disease outcomes, higher animal protein intake was linked to a higher incidence of the disease. Moreover, higher vegetable protein intake was linked to lower occurrence of breast cancer and a lower risk of death due to the disease but was not associated with death unrelated to the cancer.

Click here to read the study abstract from ASCO 2020.

To learn more about diet and breast cancer, click here. 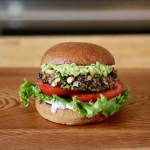