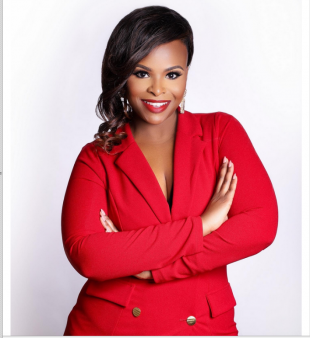 Erica has continued her journey as inspirational speaker, cancer advocate, founder of Dzire2Survive and her modeling career in both runway and editorial fashion. Courtesy of Erica Campbell

After Erica Campbell was diagnosed with Stage IV Hodgkin lymphoma, she could barely stand. Now she’s walking runways as a plus-size model.

I had this ongoing, persistent cough for a couple of weeks. Nothing was helping. My primary doctor prescribed some antibiotics and some cough meds. After a week, I was still coughing. I couldn’t laugh. I couldn’t talk. I couldn’t do anything without coughing. That’s when I contacted my doctor again, and he gave me a referral to a radiology clinic to get a CT scan. So I did the CT scan, and 30 minutes later, my doctor called and said it looked like pneumonia. He wanted me to do another CT scan with a contrast. So I went back, and I did it, and 45 minutes later, he called me back and said it looked like it could be sarcoidosis or lymphoma and that I needed to see a specialist. That doctor looked at my CT scans and stated he wanted to schedule a biopsy surgery for the following month.

For the biopsy, they used a small needle after giving me anesthesia and did the procedure. The result came back saying “nondiagnosis,” meaning it wasn’t successful. That made me feel like something was wrong. Everything that happened during that time seemed to trigger something. I’d been having night sweats, feeling fatigued and losing weight. People at work noticed and asked me what I was doing. I wasn’t working out at the time, so I didn’t know why. Everything was hitting me. I had looked up lymphoma symptoms, and I was experiencing some of them, so I was drastically worried. The specialist said he wanted to send me to another specialist to do another biopsy. This time, they would make a small incision across my neck, go in and take a bigger sample or take a lymph node to test and do a biopsy that way. But I had some issues with my health insurance, so I put if off for a few months. In between, I felt like my health started to get worse because I was worrying and felt even more like I had cancer. When I tried to get ready for work, I couldn’t even stand in the shower longer than a few minutes because I’d feel dizzy and lightheaded. I just felt sick overall.

After I got my health insurance back on track, we scheduled my second biopsy for March 28. By the time that day came, I felt like I was dying. The ride to the hospital with my family was like the longest ride of my life. I couldn’t think of anything other than I knew I had cancer. When I got to the hospital and they were prepping me for surgery, the doctor came in and told me that my red blood cells were very low, so I had to get a transfusion while I was prepping for the biopsy. While they set up the transfusion, I was asking all these questions because I’d heard that donated blood could be contaminated, and illnesses—for example, STIs [sexually transmitted infections]—could be transmitted to recipients. I asked, “OK, did you guys check the blood?” Afterward, they had to keep me for a few days because my blood count was still low. When I came out of recovery, they took me up to my room. My family was waiting there. An hour later, the surgeon came in and said I had Hodgkin lymphoma, which had spread throughout my entire upper body and bone marrow. I was devastated, scared, afraid, angry and unhappy. I didn’t know in that moment what to think. Before I was released, my oncology doctor came and sat with me in my hospital room. She explained to me what my journey would be like. She assured me that although the awful news was that it was cancer, lymphoma was highly curable. Still, I was too overwhelmed at the moment to be reassured.

Before I started my chemotherapy treatment, they continued to give me transfusions of platelets because my platelet count wasn’t going up enough. I had issues with my lungs, so instead of getting the entire ABVD [the acronym for the combination of the chemotherapy drugs Adriamycin, Bleomycin, Vinblastine and Dacarbazine] treatment, I only received AVD and not the Bleomycin because it can lead to lung damage.

I spent a lot of time in the hospital because of medical problems. During that time, there were a lot of highs and lows. I was going through the harshest part of my diagnosis, but I didn’t want to continue to place that burden on my family by complaining. I cried and prayed a lot. At first, I fought God and asked Him why He chose me for this journey. But after praying and with a lot of spiritual support from my pastor and friends, I thought to myself, Why not me?

By this time, I had a PET scan that showed no evidence of cancer, but I still had to continue treatment. Throughout my journey, I had a social worker at the St. Agnes Cancer Center. I learned that a lot of people don’t have social workers giving them assistance like I got, so I felt blessed that I was able to have that at the cancer center. My social worker also helped me get peer-to-peer comfort by connecting me with someone I could speak with about what I was going through. She also put me in contact with a lot of different organizations, such as the Leukemia Research Foundation (LRF) and the Leukemia and Lymphoma Society (LLS).

I officially finished chemotherapy. Once I was finished, it was a bittersweet type of day for me. Believe it or not, on that last day I was happy to leave, but then I had also become used to being in this environment. After that, I saw my doctor probably twice a month, just getting checkups. I also had to do CT scans every couple of months. Then I was able to get a scan and see my doctor every three months. 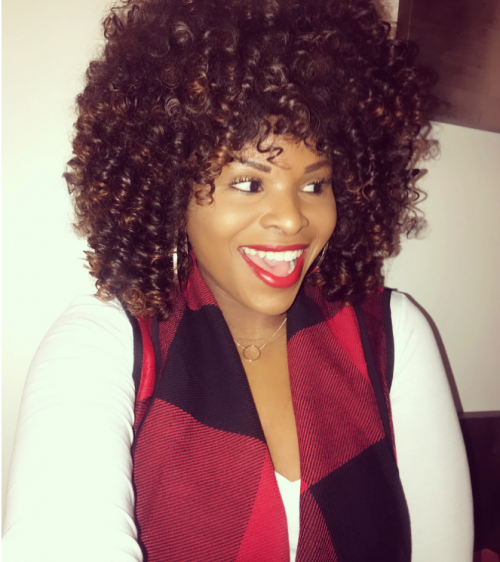 Erica’s motto that she lives by and share with other survivors is, “Never give up on your fight and continue to survive with your beautiful smile.”Courtesy of Erica Campbell

In the early part of the year, I first connected with someone at LRF. That’s when I explained to him that I wanted to share my story on their Stories of Hope website, which I did in May. After that, I did their 5K lymphoma walk and attended their annual forums. They were great, and I also participated in their campaign “Erase Lymphoma,” which was featured on their website and on YouTube. They were very supportive, and I loved every event they did. They became like family to me. I was also invited to do a cancer awareness fashion event. It was my first time walking the runway, and this started my modeling career. I had always liked to take pictures, and I was always a fashionista, but I had felt that you had to be a certain size or a certain height to be a model. I was curvy.

My doctor stated that I didn’t have to come back and see her for a year, and I don’t have to do any more scans. My blood work and scans looked great. There were no signs of recurrence, which is amazing for me because for Stage IV Hodgkin lymphoma, the likelihood that you will relapse by five years is pretty high. I had become a survivor, a cancer-free inspirational speaker, and I was able to give hope and encouragement to others. Everything I went through helped me to come out stronger and better able to give somebody else the strength that I had gained throughout my journey.

I was able to share my amazing, life-changing story through different magazines, including the beauty magazine Sheen, where I first shared my essay “Feel Beautiful, Look Beautiful.” I was using modeling as a platform to let other women and young girls know to live your best life even when life throws you a curveball or two. I use that platform to give hope and encouragement to other women and young girls who may be going through a hard time in life, and it doesn’t have to be cancer.

I was one of 10 women nationally—from all different walks of life—chosen to participate in the DSW [Designer Shoe Warehouse] Create and Cultivate fashion event. I’ll actually be a part of the DSW fall campaign across the country, which will be live at DSW on Instagram on September 4. The whole journey was amazing—to be able to submit my story to DSW and Create & Cultivate, a women’s empowerment group based in California. My story was selected from among thousands of submissions nationwide. As a cancer survivor, I was very grateful. 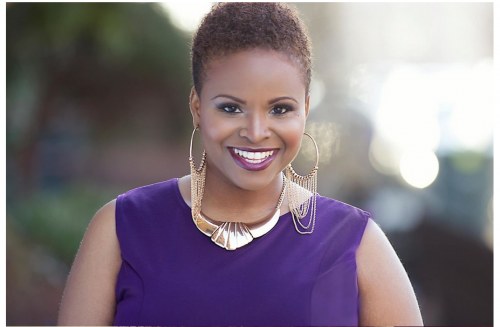 Erica Campbell is an ambassador with the Leukemia and Lymphoma Society and the Lymphoma Research Foundation.Courtesy of Erica Campbell

As a young adult ambassador with LRF, I was able to speak on their main stage and share my story at their annual educational forum. With the LLS, I am a peer-to-peer First Connection ambassador. I speak with newly diagnosed patients with Hodgkin lymphoma. I listen to their stories and answer any questions or concerns they may have about starting their treatment and survival journeys. The organization normally emails me and connects me with an individual patient to help give that person hope and courage. During this time, my “Feel Beautiful, Look Beautiful” story was featured in Plus Model magazine and on HelloBeautiful.com. In addition, I was on the cover of the January 2020 issue of Luxe Kurves magazine.

In these recent months, it’s been quiet. But I’m currently working on my memoir, so I’m very excited about that. There’s no set date for its release, but we’re looking at September. It’s going to be a great read—uplifting and inspirational—to give hope to others fighting not only against cancer but any adversity. The book will touch on my battle with cancer as well as how I went from being a cancer survivor to becoming a model. I’ve learned that I am resilient. I didn’t know that at the time the doctor told me I had cancer. I didn’t know I was strong enough to fight and defeat it. But with faith, strength, belief and the support of my family and friends, I got through it all. I really believe that God has kept me here to do this work. That’s why I survived, so I can help someone else.