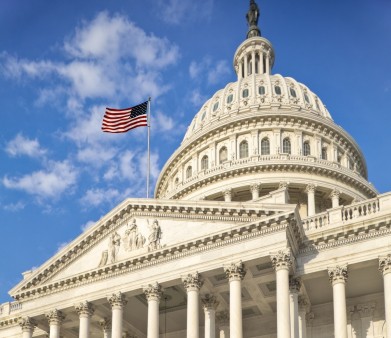 Latest version of legislation to bypass FDA oversight must now to go back to the Senate.

On March 21 the House of Representatives passed controversial Right to Try (RTT) legislation to increase access to unapproved drugs, with most members voting along party lines. The bill needed only a simple majority to pass—the margin was 267-149—after a failed attempt last week to pass it more quickly by a two-thirds margin.

The House version of the bill will now return to the Senate, which passed its own version by unanimous acclaim last August. If the two chambers agree on a compromise version, President Donald Trump is expected to sign the legislation, which he promoted in his State of the Union address in January.

The RTT legislation would make it easier for people with life-threatening diseases to use certain experimental therapies before they complete the clinical trials process and receive Food and Drug Administration (FDA) approval.

Under existing rules, individuals with serious conditions may ask the FDA for expanded access to an investigational drug—also known as compassionate use—if there is no comparable or satisfactory therapy available, the probable risk from the experimental therapy is not greater than the probable risk from the disease itself, and they are unable to participate in a clinical trial. In addition, a drug company or physician may provide wider access to an experimental therapy for multiple patients under a Treatment Investigational New Drug protocol while it is undergoing trials or awaiting approval.

The House bill would allow people to try investigational therapies that have gone through Phase I trials—indicating that there are no major safety concerns—without the FDA’s sign-off.

Several medical associations, including the American Society of Clinical Oncology, oppose the legislation. Some pharmaceutical companies and the Pharmaceutical Research and Manufacturers of America trade group have expressed concern about wider use of unproven therapies without FDA oversight. Trump’s FDA commissioner Scott Gottlieb and four previous commissioners also expressed opposition.

Patient advocates have come down on both sides of the issue. Some seriously ill patients and their parents have appeared in the media and lobbied legislators to pass the law, while others have expressed strong opposition.

Opponents of the bill say the FDA already approves more than 99 percent of expanded access requests, usually within a matter of days. Supporters counter that the current process is too cumbersome, resulting in only around 1,000 people a year requesting expanded access.

Nearly 40 states already have RTT laws, largely based on model legislation crafted by the libertarian Goldwater Institute, but these generally have not led to broader access. Typically, it is pharmaceutical companies—rather than the FDA—that stand in the way of greater access because, for example, they have only a limited supply of an investigational agent or are concerned that unsupervised use could interfere with clinical trials. The House bill would not require drug companies to provide experimental therapies or make insurance companies pay for them.

“Unlike compassionate use—which requires a patient to have exhausted all other options and be unable to enroll in a clinical trial—RTT requires only that an individual has considered all currently available options. This may allow patients to try a promising new drug when they are experiencing rapid disease progression but are not yet on death’s doorstep,” argues Kelly Shanahan, the medical director of the advocacy group METUP, who is living with Stage IV breast cancer.

On the other side, says Karuna Jaggar, executive director of Breast Cancer Action, “[T]hese deregulatory efforts don’t include protections against unscrupulous doctors or companies charging as much as they want for unproven experimental drugs.” She adds that the legislation “takes away essential safeguards that protect patients” and offers “nothing more than false hope.”