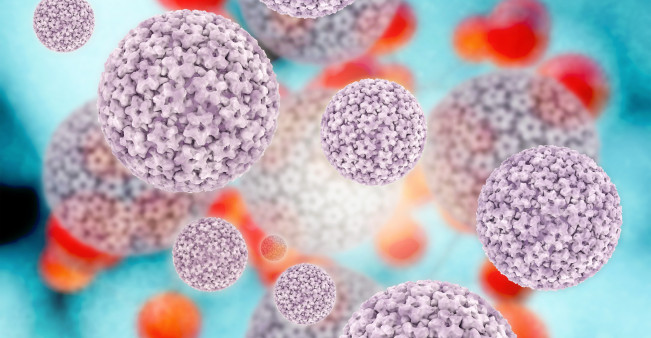 Only a small percentage of people who inject drugs and those with sexual risk factors received the cancer-preventing vaccine.

HPV infection can be prevented with a vaccine. The original Gardasil vaccine and the Cervarix vaccine offered protection against two high-risk, or cancer-causing, HPV types, 16 and 18. Gardasil also protects against HPV types 6 and 11, which cause genital warts. The newer Gardasil 9 prevents five additional high-risk HPV types (31, 33, 45, 52 and 58). The standard vaccine series involves two injections for adolescents and three doses for people over age 15 and those with compromised immunity.

HPV vaccines are more effective when given to young people before they become sexually active. The Centers for Disease Control and Prevention’s Advisory Committee on Immunization Practices (ACIP) recommends HPV vaccination for boys and girls at age 11 or 12. About half of adolescents are fully vaccinated, according to the CDC.

For those not vaccinated as adolescents, ACIP recommends vaccination up to age 26 for women, gay and bi men, and people with compromised immunity—including those living with HIV—and up to age 21 for other men. ACIP considers HIV-positive people to be a special population of interest because of their increased risk of HPV-associated cancers, according to Wigfall.

The Food and Drug Administration recently approved Gardasil 9 for adults up to age 45 after a study showed that the vaccine was still partially effective in older women. However, this indication is not yet recommended by ACIP and the cost may not be covered by insurance.

Wigfall also reported that HPV vaccination rates were substantially lower among Black people—who have the highest HIV rates—compared with other racial and ethnic groups.

“It was alarming that almost all non-Hispanic Blacks in the study were unvaccinated, especially given the disproportionate burden of HIV/AIDS among this minority group,” Wigfall said in an AACR press release.

People who had been tested for HIV were more likely to have started and to have completed the HPV vaccine series, but the difference was not statistically significant, meaning it could have been attributable to chance.

Wigfall suggested that providers may not be recommending HPV vaccination for people living with or at risk for HIV, including gay and bi men and transgender people, and recommended that clinicians should increase their communication about the vaccine. She also recommended routine HIV testing for all adolescents and adults, regardless of perceived risk.

Click here to learn ore about the HPV vaccine.