Compared with unvaccinated women, the risk among women vaccinated before age 17 dropped by almost 90%.

The quadrivalent human papillomavirus (HPV) vaccine dramatically reduced the risk of cervical cancer in young women between ages 10 and 30, according to a study conducted in Sweden. The findings were published in The New England Journal of Medicine.

“This is the first time that we, on a population level, are able to show that HPV vaccination is protective not only against cellular changes that can be precursors to cervical cancer but also against actual invasive cervical cancer,” study coauthor Jiayao Lei, PhD, of the Karolinska Institute in Stockholm, said in a press release. “It is something we have long suspected but that we are now able to show in a large national study linking HPV vaccination and development of cervical cancer at the individual level.”

Vaccination can prevent people from becoming infected with HPV in the first place. Over the past decade, the HPV vaccine has expanded to cover more virus types, and its approval has extended to larger segments of the population. A growing body of evidence shows that vaccination reduces infection with cancer-causing HPV types and the resulting precancerous cell changes. Over time, this is expected to lead to a reduction in HPV-related cancer rates—and potentially the elimination of cervical and other cancers in the United States and worldwide.

While the quadrivalent HPV vaccine (which protects against HPV types 6, 11, 16 and 18) has been shown to prevent cervical lesions, it takes longer to see its impact on the risk of developing invasive cervical.

Lei and colleagues studied the link between HPV vaccination and the risk of invasive cervical cancer in a Swedish population. They used a national Swedish registry to assess data on 1,672,983 previously unvaccinated girls and women between ages 10 and 30 from 2006 through 2017.

During the course of the study, 527,871 participants were given at least one dose of the HPV vaccine. In this vaccinated group, 438,939 (83%) were vaccinated before turning 17. The researchers followed these participants until their 31st birthday.

“Girls vaccinated at a young age seem to be more protected, probably because they are less likely to have been exposed to HPV infection given that the vaccine has no therapeutic effect against a preexisting condition,” said coauthor Pär Sparén, MD, of the Karolinska Institute.

Click here to read the study abstract in The New England Journal of Medicine.

Not All Prostate Cancers Are Equally Aggressive 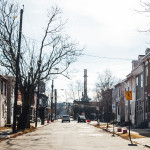 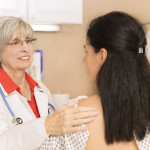 Women Who Speak Only Spanish Less Likely to Get Mammograms