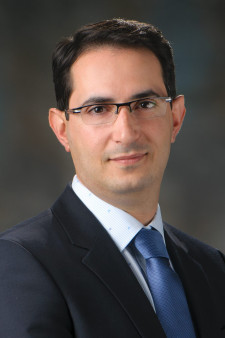 Immunotherapy Combo Improves Melanoma That Has Spread to Brain

A combination of two immune checkpoint inhibitors led to a reduction in tumor size in people with melanoma that had spread to the brain, a process known as metastasis, according to study results recently published in The New England Journal of Medicine.

More than half of clinical trial participants who used Opdivo (nivolumab) plus Yervoy (ipilimumab) experienced complete or partial tumor shrinkage or had stable disease without progression for at least six months. More than 80 percent were still alive nine months after starting treatment, suggesting a substantial improvement over the historical one-year survival rate of around 20 percent for patients with melanoma brain metastases.

Melanoma is a cancer that starts in pigment-producing cells called melanocytes, usually in the skin. Melanoma is more aggressive than other types of skin cancer and often spreads to other parts of the body, including the liver, bones and brain. About 91,300 people will develop melanoma and about 9,300 will die from it this year, according to the American Cancer Society.

More than a third of people with advanced melanoma have cancer that has already spread to the brain at the time of diagnosis, according to study investigators Hussein Tawbi, MD, PhD, of the University of Texas MD Anderson Cancer Center, and colleagues. Treatment typically involves surgery or radiation therapy. Many clinical trials, including previous studies of Opdivo plus Yervoy, have excluded patients with brain metastasis.

Unlike many chemotherapy drugs that do not cross the blood-brain barrier, immunotherapy has the potential to fight cancer in the brain by mobilizing the immune system.

Opdivo is a monoclonal antibody that blocks the PD-1 receptor, an immune checkpoint on T cells, the main soldiers of the immune system. PD-1 plays a role in regulating immune function. Some tumors can hijack PD-1 to turn off immune responses against them. Drugs that block the interaction between PD-1 and its PD-L1 binding partner can release the brakes and restore T-cell activity. Yervoy blocks a different immune checkpoint known as CTLA-4, which turns off immune responses by suppressing T-cell multiplication.

The Phase II CheckMate 204 study tested the safety and efficacy of Opdivo plus Yervoy in 94 people with Stage IV melanoma, meaning the cancer has spread from its original location. Participants had at least one measurable brain tumor that had not undergone radiation; about a quarter had three or more brain tumors. However, they did not yet have neurological symptoms, such as headaches, seizures or changes in mental function. Another study arm was added later for people with these symptoms.

All participants in this open-label study were treated with Opdivo plus Yervoy given by IV infusion every three weeks for up to four doses, followed by Opdivo alone every two weeks until they experienced disease progression or unacceptable side effects. There was no placebo or comparison treatment group. The median duration of treatment was about three months.

After a median follow-up period of 14 months, 26 percent of study participants experienced complete resolution of their brain tumors, 30 percent had partial tumor shrinkage and 2 percent had stable disease that did not worsen for at least six months. All together, the “intracranial clinical benefit” rate was 57 percent, the researchers reported. A similar proportion, 56 percent, had “extracranial clinical benefit,” or a reduction in cancer outside the brain.

Treatment was generally safe, but side effects were common. More than half (55 percent) had severe adverse events, including 7 percent with severe central nervous system side effects; 20 percent discontinued treatment for this reason. The most common severe side effect was elevated liver enzymes. However, the safety profile in these patients with brain metastases was similar to that of melanoma patients without brain metastases, suggesting that there is no reason to exclude them from treatment.

A major concern with checkpoint inhibitors is immune-related adverse events. In addition to restoring immune responses against cancer cells, these drugs can also take the brakes off the immune system more broadly, which can lead to excessive inflammation of healthy tissue. One person in this study died from immune-related myocarditis, or heart muscle inflammation.

Tawbi and his colleagues suggest that their findings warrant reconsideration of the current standard of care for melanoma brain metastases that starts with surgery or radiation.

“This practice-changing study proved that you can start with immunotherapy first with these patients, tackling both brain and extracranial disease at the same time,” Tawbi said. “We’ve shown you don’t have to wait for radiation; you can initiate immunotherapy early for all patients and expect the tumors in the brain to respond as well as those outside the brain.”

The results from this study apply only to melanoma that has spread to the brain. Researchers are also studying various immunotherapy combinations for other types of cancer that has metastasized to the brain as well as cancers such as glioblastoma that originate in the brain.

Click here for an MD Anderson press release about the study.