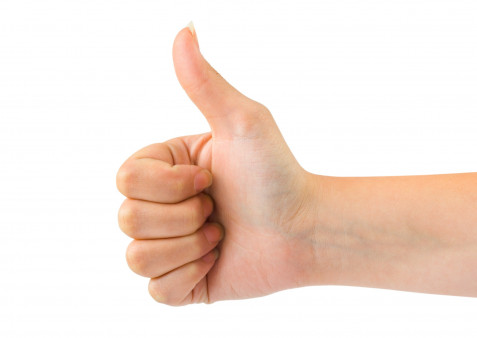 The Food and Drug Administration (FDA) this week approved the checkpoint inhibitor Keytruda (pembrolizumab) for people with metastatic small-cell lung cancer (SCLC) who have already tried platinum-based chemotherapy and at least one other treatment.

This accelerated approval was based on results from a pair of studies showing an overall response rate of 19% for SCLC patients. Although the number of responders was small, nearly two thirds of them had ongoing responses that lasted a year or more.

Accounting for 10% to 15% of all lung cancer cases, SCLC has been less extensively studied and has fewer treatment options than the more common non-small-cell lung cancer (NSCLC). SCLC, which often progresses rapidly and has a high mortality rate, is usually treated with combination chemotherapy.

The FDA has now approved three immunotherapy drugs for this hard-to-treat cancer: Keytruda, Opdivo (nivolumab) and Tecentriq (atezolizumab). Keytruda and Opdivo are PD-1 checkpoint blockers, while Tecentriq blocks its binding partner, PD-L1. All three of these monoclonal antibodies are also approved alone or in various combination regimens for NSCLC.

PD-1 is a receptor on T cells that plays a role in regulating immune function. Some tumors can hijack PD-1 to turn off immune responses against them. Drugs that block the interaction between PD-1 and PD-L1 can release the brakes and restore T-cell activity. People with higher PD-L1 levels in their tumors tend to respond better to checkpoint inhibitors, but this is not a reliable predictor of individual response.

Accelerated approval of Keytruda was based on results from two clinical studies, known as basket trials, which enrolled people with different types of advanced cancer. Together, KEYNOTE-028 (Phase Ib) and KEYNOTE-158 (Phase II) included 83 evaluable patients with metastatic SCLC who experienced disease progression during or after using platinum-based chemotherapy and one or more other prior lines of treatment.

These participants received Keytruda as a single agent (known as monotherapy) administered as an IV infusion at a dose of either 200 milligrams every three weeks—ultimately the approved regimen—or 10 milligrams per kilogram of body weight every two weeks. Treatment continued for up to two years or until they experienced disease progression or unacceptable side effects.

The combined overall response rate, meaning complete or partial tumor shrinkage, was 19%, including 2% complete responses, according to Merck. Among the 16 people who responded, 94% had durable responses lasting for at least six months, 63% for at least a year and 56% for 18 months or longer. The longest response lasted three years. Researchers previously reported that in KEYNOTE-158, response rates were higher and survival was longer for people with tumors that tested positive for PD-L1.

Treatment was generally safe. About a third of people in these studies experienced serious adverse events and 9% stopped treatment because of adverse reactions. The most common adverse events reported by people taking Keytruda alone include fatigue, muscle and bone pain, decreased appetite, diarrhea, nausea, constipation, itching, skin rash and fever. A concern with checkpoint inhibitors is that in addition to restoring immune responses against cancer, they can unleash the immune system more broadly, leading to inflammation of healthy organs. The Keytruda label includes warnings about immune-mediated lung, colon, liver, kidney, endocrine gland and skin problems.

“Small cell lung cancer, which accounts for 10% to 15% of all lung cancers, is often diagnosed at an advanced stage where the prognosis is very poor and there have historically been limited treatment options,” Patrick Ott, MD, PhD, of Dana-Farber Cancer Institute, said in a Merck press release. “The approval of Keytruda in small-cell lung cancer provides an additional treatment option for patients based on the clinical response rates from KEYNOTE-158 and KEYNOTE-028.”

Medications that receive accelerated approval based on response rates or other interim criteria are expected to undergo further testing to gather longer-term data about clinical benefits and survival. The FDA may rescind approval of those that do not continue to measure up.

It is not clear how widely Keytruda will be used to treat SCLC in clinical practice. Both Keytruda and Opdivo have the same indication as monotherapy for people who have used platinum-based chemotherapy and at least one other prior line of therapy. Last October, Bristol-Myers Squibb announced that Opdivo did not improve overall survival in a larger Phase III trial. However, a combination of Tecentriq plus chemotherapy did extend survival in people with metastatic SCLC being treated for the first time. Keytruda is also being tested with chemotherapy as a first-line option for SCLC in the Phase III KEYNOTE-604 study.

Commenting on Twitter, lung cancer expert H. Jack West, MD, of City of Hope Comprehensive Cancer Center in Duarte, California, suggested that Keytruda monotherapy may have a limited role in SCLC because people diagnosed with metastatic (extensive-stage) SCLC should first be treated with Tecentriq plus chemotherapy, and Keytruda would be expected to have “no benefit” in people who progress on this other checkpoint inhibitor.