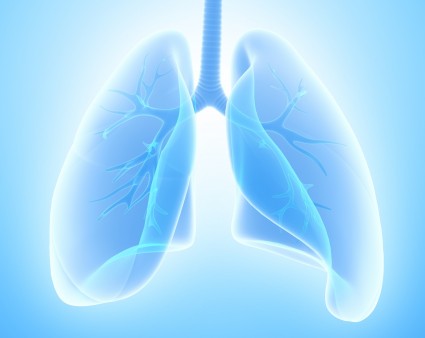 Keytruda (pembrolizumab) used alone without chemotherapy led to improvement in overall survival for people with non-small-cell lung cancer (NSCLC) being treated for the first time, according to study results released this week by Merck.

The findings come from the KEYNOTE-042 trial, which compared Keytruda monotherapy versus platinum-based chemotherapy. Using the immunotherapy drug alone—rather than combined with chemotherapy—leads to fewer side effects. The new results have not yet been presented at a scientific conference or published in a medical journal.

Non-small-cell lung cancer, which accounts for more than 80 percent of all lung cancers, is often detected late and has a high mortality rate. Lung cancer is the leading cause of cancer-related death for both men and women in the United States and is expected to cause about 154,000 deaths this year, according to the American Cancer Society.

Keytruda is a checkpoint inhibitor that blocks PD-1, a receptor on T cells that plays a role in regulating immune function. Some tumors can hijack PD-1 to turn off immune responses against them. Drugs that block PD-1, or its binding partner PD-L1, can release the brakes and restore T-cell activity.

KEYNOTE-042 is an ongoing international Phase III study that enrolled 1,274 people with either locally advanced lung cancer or metastatic cancer that had spread beyond its original location. Eligible participants were PD-L1 positive, meaning genetic testing showed that PD-L1 was present on at least 1 percent of their tumor cells. They did not have EGFR (epidermal growth factor receptor) or ALK (anaplastic lymphoma kinase) gene mutations, and they had not yet received systemic therapy for advanced cancer.

An interim analysis showed that people taking Keytruda have significantly longer overall survival compared with those in the chemotherapy group, thus meeting the study’s primary endpoint, according to Merck. Subgroups of patients with PD-L1 levels of at least 50 percent, at least 20 percent and the full study population with at least 1 percent all saw improvement. An earlier part of this trial demonstrated good outcomes for the high PD-1 group alone.

“Improvement in overall survival is the ultimate objective in the treatment of advanced lung cancer,” Tony Mok, MD, of the Chinese University of Hong Kong said in the Merck press release. “KEYNOTE-042 is the first randomized Phase III study of a single-agent immunotherapy using overall survival as the primary endpoint that has demonstrated significant benefit as first-line therapy in NSCLC patients who tested positive for PD-L1 at 1 percent or higher.”

The company did not provide more detailed results in its press release but said findings would be presented at an upcoming cancer conference—perhaps the American Society of Clinical Oncology (ASCO) annual meeting in June. The ongoing trial will also assess progression-free survival, meaning participants are still alive without worsening of disease.

Adverse events associated with Keytruda were similar to those seen in prior studies of people with advanced lung cancer, according to the press release. Common side effects of Keytruda include fatigue, nausea, diarrhea, constipation, muscle or joint pain, decreased appetite, itching, rash, fever, cough and shortness of breath. In addition, checkpoint inhibitors can cause an overactive immune response that harms healthy organs including the lungs, liver, kidneys, intestines, skin and hormone-producing glands.

Merck said the results would be submitted to the Food and Drug Administration for consideration of an expanded indication for Keytruda as monotherapy for people with advanced lung cancer being treated for the first time.

Keytruda is currently approved as monotherapy for metastatic lung cancer patients with high PD-L1 levels (50 percent or greater) and for those with 1 percent or greater who progress after platinum-based chemotherapy; it is also approved in combination with chemotherapy for nonsquamous cancer. In addition, Keytruda is approved for the treatment of advanced melanoma, advanced stomach and bladder cancer, head and neck cancer, classical Hodgkin lymphoma and any type of solid tumor with specific genetic mutations.

Another PD-1 inhibitor, Bristol-Myers Squibb’s Opdivo (nivolumab), did not improve overall or progression-free survival in people with newly diagnosed advanced lung cancer in the CheckMate 026 trial, which had a low PD-1 eligibility threshold. Genentech recently announced that its drug Tecentriq (atezolizumab)—which blocks PD-L1 instead of PD-1—combined with chemotherapy reduced the risk of disease progression or death for first-time NSCLC patients.