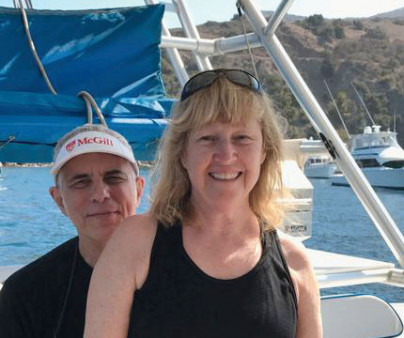 Brian Koffman, a family physician when diagnosed with chronic lymphocytic leukemia, cofounded the CLL Society. He lives in Claremont, California.

We were living in Newport Beach, California. We had four young adult children—two boys and two girls—and the last were off to college. I was 54, a family doctor.

I noticed some lumps at the back of my neck, but I thought they were cysts. They didn’t go away. Months later, I ordered some blood work on myself. As the saying goes, the doctor who treats himself has a fool for a patient. 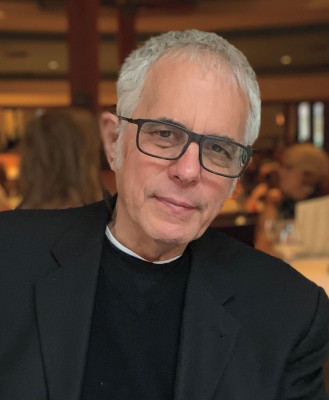 My white blood cell count was too high. Next thing I knew, I was seeing a hematologist and getting a fancier test called a flow cytometry, an immunological fingerprint of the cells. I had chronic lymphocytic leukemia, or CLL.

My oldest daughter was getting married in October. We decided not to tell anyone until after the wedding was over. It was a lovely wedding, but it was a very difficult time for me and Patricia because everyone was in a celebratory mood. I had gotten some prognostics back that suggested I had a really bad variety of CLL and a short time to live.

I began to find experts who were doing cutting-edge research on CLL. I had a form of CLL that was very likely to be nonresponsive to chemotherapy. I tried traditional Chinese medicine. I tried acupuncture. I changed my diet to vegan, which I’ve stayed with ever since. I was exercising, meditating, trying to reduce stress in my life.

I noticed some little red dots on my legs. Blood tests showed that my platelets, which prevent bleeding and bruising and should have been over 150,000, were dangerously low, at 9,000. The red dots were a sign of bleeding under the skin. I called my hematologist, and within a couple of hours, I was in the hospital receiving emergency treatment. I had developed a rare autoimmune complication of CLL— immune thrombocytopenic purpura (ITP)—which was attacking my own platelets and causing internal bleeding. Over the next year and a half, I was in the hospital five times.

I had an emergency splenectomy (removal of the spleen) to see if it would raise my platelet levels. My belly was black and blue from internal bleeding, and my lymph nodes were growing from CLL. Over the year, I got various treatments for ITP, but finally, a monoclonal antibody plus an immunosuppressive drug started to work. Unexpectedly, these drugs also worked well against my CLL.

I decided to go for a stem cell (bone marrow) transplant. It’s usually a last resort, but I had nearly died a few times. It was extremely unlikely that chemotherapy would work for me. So why not go for a transplant?

Meanwhile, I had to let everyone know, so I was busy writing emails, but my kids said to me, “Dad, that’s so old-fashioned.” At their suggestion, I started a blog to tell my story and to report CLL news in a patient-friendly format.

I had my stem cell transplant on July 1. Unfortunately, it didn’t work. I never engrafted. Within a few months, my ITP was back, and my CLL was back. Luckily, when I went back on the old meds, I gained some control over the ITP and CLL again.

In January, my platelets and other counts were good, but I still had palpable nodes from my CLL. My blog had more than 100,000 visits since 2008.

In May 2011, my CLL was back and aggressive. I was hearing a buzz about new compounds that were coming—oral targeted therapies. CLL is addicted to a signaling pathway, and they found ways to knock out that signal downstream. I took the very first drug that was successful in doing that. In December, I talked to one of the top CLL researchers about his trial, and he said, “Yeah, we’ll pencil you in.”

My wife and I moved to Columbus, Ohio, for January, February and March to start on my clinical trial. I remember two days after starting the trial drug, I was washing my neck and under my armpits and thinking, Is it possible the lymph nodes are shrinking already? Soon, they were gone and stayed gone for years.

I wanted to teach people so you didn’t have to be an MD or attend conferences to benefit from the latest therapies. With my wife, I started CLLSociety.org, which was the birth of the nonprofit CLL Society. The other major aspect was support, because there are things that one CLL patient can tell another CLL patient that you can never get from a doctor.

I developed a rare mutation in my CLL: My cancer cells learned how to turn the pathway back on that the drug had blocked. I slowly started to relapse. Time for another option. I went with CAR-T—chimeric antigen receptor T-cell therapy, a living drug. It was experimental; it’s still not approved for CLL. But my CLL tended to be difficult to treat and recurrent, so I was giving it the biggest kick I could.

My wife and I flew to Seattle, to the Seattle Cancer Care Alliance. I was the 36th patient in the trial. It was a difficult time for me. I had night sweats, fevers and terrible pains. I had two hospitalizations. I was hallucinating. It was hardest on my wife. She’s watching this and wondering, Is he ever going to go back to normal? Is he ever going to talk again? To walk again?

But I fully recovered, and when they restaged me a month later, I had no evidence of cancer in my blood or bone marrow. All my lymph nodes had shrunk back, essentially, to normal.

We were just ecstatic. It was an incredibly wonderful time, and I do want to emphasize that if it hadn’t been for Patty, it wouldn’t have been possible. I mean, she just stood by me.

I’m an early adopter. I was willing to take risks, and my timing was great. I am now 70. I am no longer on any active treatment for CLL, but I remain immunocompromised. 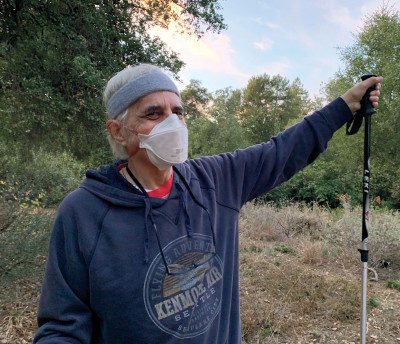 I walk every day. In the summer, I swim every day. I see my children and grandchildren. I cook and bake. I’m writing all the time. Before the pandemic, I traveled hundreds of thousands of miles a year. I love art and museums. I’m Canadian, and the last big trip we did just before COVID-19 was canoeing in a Canadian national park. As much as I love being in nature or seeing the world, what I am really hoping for is to be safely with my family and friends again. 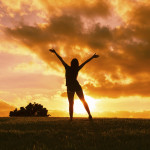