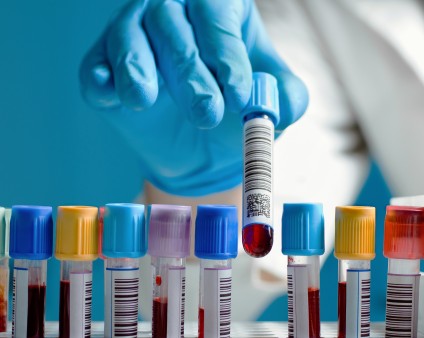 New tests that look for tumor-related DNA and proteins in the blood can detect cancer early, improving the prospects for effective treatment and longer survival, according to a recent report in Science magazine.

A related study, presented at the Gastrointestinal Cancers Symposium this week in San Francisco, showed that a blood test for circulating tumor cells could accurately detect colorectal cancer. Such tests are known as “liquid biopsies” because they do not require removal of a solid tumor tissue sample.

Cancer cells carry genetic mutations and dying tumor cells shed some of this mutated DNA into the blood, according to a Science news summary. During later stages of disease, genetic testing is used to see whether a tumor is susceptible to specific drugs. But it is more difficult to detect the small amounts of mutated DNA released at earlier stages.

The researchers found that the detection rate of the test increased when they sequenced 16 genes that are often mutated in several types of cancer plus eight known protein biomarkers for specific cancers.

The team tested more than 1,000 people who were already known to have cancer of the breast, colon or rectum, esophagus, liver, lung, ovary, pancreas or stomach that had not metastasized, or spread beyond its original site.

CancerSEEK returned a positive result a median of 70 percent of the time across the various cancer types. Sensitivity of the test—meaning it correctly detects cancer if it is present—ranged from 33 percent to 98 percent. It worked best for ovary and liver cancer and performed worst for breast and lung cancer. The test was able to narrow down the location of the cancer to a small number of sites in about 80 percent of patients.

The researchers noted that sensitivity was 69 percent or better for five cancer types that do not currently have screening tests for people at average risk (esophagus, liver, ovary, pancreas and stomach). But it did not work so well for early disease, detecting just 43 percent of Stage I cancers.

The team also tested more than 800 healthy people without cancer and found that the specificity of CancerSEEK—meaning it does not return a false positive if cancer is not present—was greater than 99 percent. However, because the proteins measured by the test reflect tissue damage, false positives may be more common in less healthy people, such as those with inflammatory disease, according to the Science summary.

A large study is now under way to see whether the test can detect tumors in women who are not known to have cancer. The researchers estimate that the test should cost less than $500 per blood sample.

Although colon cancer screening is recommended for people age 50 and older, colonoscopies can be uncomfortable and require bowel preparation. Stool sample tests are also inconvenient and have limited sensitivity.

Over three years, the researchers evaluated the new test in 620 people coming to the hospital for routine colon cancer screening: 182 people did not have colorectal abnormalities, 111 were found to have precancerous adenomas or polyps and 327 had Stage I through IV colorectal cancer.

The sensitivity of the CellMax test ranged from 77 percent for precancerous lesions to 87 percent for all stages of colorectal cancer, making it one of the first tests able to accurately detect early abnormalities.

The test’s specificity was 97 percent, or about 3 in 100 false positives. Taking both sensitivity and specificity into account, the test’s accuracy ranged from 84 to 88 percent—better than that of current tests that measure blood in the stool.

“Our study is important because there is still some reticence among patients to use stool-based tests or have an invasive exam like colonoscopy to detect colorectal cancer,” Tsai said in a conference press release. “Our results may point to a solution for people who are reluctant to get an initial screening colonoscopy or are not compliant in returning stool-based test kits that they get from their doctors.”