LISTEN: How Opera Star Anthony Roth Costanzo Got His Voice Back After Thyroid Cancer

In an interview with NPR’s Terry Gross, the rising singer tells all about the time he nearly lost his voice.

Costanzo was diagnosed with thyroid cancer 10 years when he was in his mid-30s and an emerging star. A vocal coach noticed that he had a new tick—he kept turning his head to the left while he was singing. He suggested that Costanzo get it checked out.

So he went to his doctor, which led to an ultrasound, which in turn led to a biopsy. He had a cyst, which turned out to be cancerous. Thyroid cancer starts in the thyroid gland, a butterfly-shaped organ in the front of the neck. Although it is relatively uncommon, it is one of the most rapidly increasing cancers in the United States. It has an excellent prognosis; the death rate is very low. It is usually diagnosed through symptoms, which may be a lump in the neck that grows quickly, pain in the front of the neck, hoarseness, difficulty swallowing or a persistent, unexplained cough.

Like most people with thyroid cancer, the singer needed surgery to remove the malignant gland. Side effects of the surgery can include temporary or permanent hoarseness or loss of voice, especially if the nerves to the larynx (vocal cords) are damaged in the process. These are the nerves that Costanzo needed for exquisite vocal control when reciting an aria.

“I had to really think to myself, OK, well what is my identity?” Costanzo told Gross. “I’d spent my whole life singing, and I realized that [if he could no longer sing] I like producing, and I could figure something out.”

Fortunately, it didn’t come to that. Costanzo had two surgeries to remove and neither nicked the nerve that could have affected his singing. After working with a vocal coach for just a few minutes a day over six weeks, Costanzo’s voice became strong enough to belt out an opera.

One year later, Costanza won the Metropolitan singing competition, and the rest is opera history. He is a countertenor—the highest range for a male singer, similar to a female mezzo-soprano. Flutist Claire Chase described the power of his performance to The New York Times this way: “You see this tiny, fierce body, and then you hear this voluminous, voluptuous, massive sound.”

In his new role, he will appear naked in one scene, but what really makes him feel vulnerable is when his vocal cords are under threat. “The only times that I get scared—as distinct from being nervous—are in the most human points of vulnerability, when I am subject to my own body and my two tiny little vocal cords,” he told Opera News. “The most vulnerable position you can be in is being a singer. When you’re in front of thousands of people and singing and you are somehow physically impaired because you’re sick, or tired, or whatever, that can be scary. Naked isn’t scary.”

To listen to the full interview—which discusses the upcoming opera, the countertenor’s approach, and the production’s portrayal of the Egyptian pharaoh Akhnaten as “the first trans icon” click here. Costanzo opens up about his diagnosis about of the way through the interview.

To learn more about thyroid cancer and its treatments, click here. 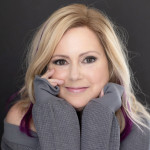