Hepatitis B and C, non-alcoholic steatohepatitis (NASH) and alcohol-related liver disease are the main causes of liver cancer and cirrhosis.

Although cirrhosis remains the primary direct cause of liver-related deaths worldwide, liver cancer drove a recent five-year increase of more than 10% in the annual rate of liver-related death, in a recent study. Hepatitis B virus (HBV), hepatitis C virus (HCV), non-alcoholic steatohepatitis (NASH) and alcohol-related liver disease (ALD) are the main drivers of liver cancer and cirrhosis around the world.

Analyzing data from the 2017 Global Burden of Disease Study, James Paik, PhD, of Inova Health System in Falls Church, Virginia, and colleagues sought to assess changes in the annual rate of new cases, known as incidence, of these diseases, as well as the rate of death and disability-adjusted life-years (DALYs), which is a composite measurement of years of life lost because of diminishment of overall health, as a result of HBV, HCV, NASH and ALD.

Paik presented findings from the study at The Liver Meeting, the Annual Meeting of the American Association for the Study of Liver Diseases, in Boston this month.

In 2017, there were 2.1 million liver-related deaths worldwide, contributing to 62.2 million DALYs. This represented an 11.4% increase since 2012, when there were 1.9 million such deaths. During this period, deaths from cirrhosis increased by 16.0% and deaths from liver cancer increased by 8.6%. In 2017, cirrhosis and liver cancer accounted for 61.7% and 38.3% of liver-related deaths, respectively.

The age-standardized death rate per 100,000 people for liver cancer due to NASH, ALD and HCV increased annually by 1.4%, 0.5% and 0.4%, respectively. There was no increase on this measure for HBV.

Although viral hepatitis remains the most common liver disease in the analyzed regions, trends suggest a worrisome pattern related to NAFLD, the study authors concluded. 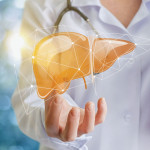 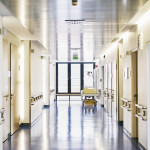 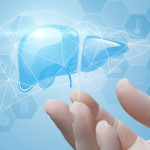