Men who report loneliness and social isolation face a 10% greater risk for cancer.

Smoking and obesity are well known risk factors for cancer. It may now be time to add loneliness to the list—at least for men.

In a study reported in Psychiatry Research, researchers at the University of Eastern Finland (UEF) found that middle-aged Finnish men who reported experiencing feelings of social dissatisfaction were 10% more likely to develop cancer than their counterparts. That held true even after confounding factors such as age, lifestyle, depression, sleep quality, heart disease risk, body mass index and socioeconomic status were taken into consideration.

“It has been estimated, on the basis of studies carried out in recent years, that loneliness could be as significant a health risk as smoking or overweight. Our findings support the idea that attention should be paid to this issue,” coauthor Siiri-Liisi Kraav said, according to a UEF press release.

Since the 1980s, UEF researchers have been tracking the health of the study participants—2,570 Eastern Finnish men who were between ages 42 and 61 at the outset. During the study, 649 of the men developed cancer; 283 died. A statistical analysis revealed that the men who developed cancer were disproportionately likely to have reported feelings of loneliness, social isolation and depression. In addition, those who died from their disease were more often single at baseline—unmarried, divorced or widowed. (While this study involved men, other research has found that strong social networks in women—an antidote to loneliness—are associated with better survival from invasive breast cancer.)

Interestingly, the strength of the two associations—loneliness and increased cancer risk and social isolation and increased cancer risk—varied between cancer types. While loneliness was a factor for lung cancer, social isolation wasn’t. But neither was associated with increased risk for prostate cancer or colorectal cancer. In the hopes of finding out why, the researchers plan to continue their investigation into the health effects of feelings of loneliness.

It “is important to examine, in more detail, the mechanisms by which loneliness causes adverse health effects,” Kraav said. “This information would enable us to better alleviate loneliness and the harm caused by it, as well as to find optimal ways to target preventive measures."

The COVID-19 pandemic has caused many to experience feelings of loneliness and social isolation. See “Older Adults Feel Lonelier Due to COVID-19” and “A Cancer Survivor’s ‘Isolation Journals’ Become a Balm for Pandemic Loneliness.” 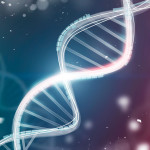