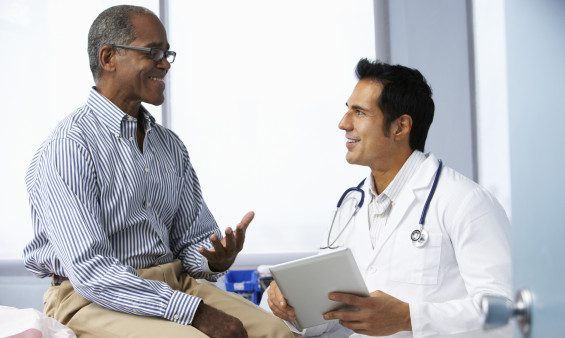 What Are the Long-Term Benefits of PSA Screening for Prostate Cancer?

The benefit of reduced mortality must be balanced against the harms of overdiagnosis.

Routinely using the prostate-specific antigen (PSA) test to screen men for prostate cancer may have benefits that are not obvious in short-term studies, according to a new analysis described in an expert commentary published in The New England Journal of Medicine.

“[W]e hope that a better understanding of the benefits of the PSA test will help more men receive the right treatment at the right time and reduce the burden of metastatic prostate cancer,” senior author Jim Hu, MD, MPH, of Weill Cornell Medicine said in a press release.

Screening for PSA, a protein produced by the prostate gland, can reveal the presence of prostate cancer, but it doesn’t tell how advanced or aggressive it is or whether it will respond to treatment. Prostate cancer typically grows slowly, and it may never cause symptoms. A majority of men diagnosed with prostate cancer are over age 65, and most will die of other causes.

So-called overdiagnosis with routine screening can detect prostate cancer that never would have progressed to advanced or fatal disease. A high PSA level can lead to invasive follow-up biopsies and treatment with therapies that may result in incontinence, erectile dysfunction or other chronic side effects.

“The overarching message for the last eight years has been against PSA testing. Its use has declined significantly as a result,” Hu said. “At the same time, metastatic prostate cancer in older men has been rising after reaching an all-time low in 2011, as we have documented in a previous study.”

A pair of large screening studies appeared to show that routine PSA screening did not significantly reduce the risk of dying from prostate cancer, but a later analysis called these findings into question.

Based on the latest research, the U.S. Preventive Services Task Force now recommends that men between the ages of 55 and 69 should make an individual decision about prostate cancer screening in consultation with their doctor, taking into account their specific risk factors and personal preferences.

Using data from the more reliable of the two trials and conservative assumptions, the study authors created a microsimulation model to extrapolate the reduction in mortality due to PSA screening out from 16 years to 25 years of follow-up. With longer follow-up, the survival benefits of screening became more apparent.

“Currently, much of the medical community considers PSA testing as an example of a screening tool that is ineffective largely based on short-term data from two trials,” coauthor Yaw Nyame, MD, of the University of Washington School of Medicine and Seattle Cancer Care Alliance said in a press release. “Our results show that continued accrual of benefit over time creates a significantly more favorable picture of the value of screening.”

Hu explained that most men diagnosed with low-risk prostate cancer today choose active surveillance, which involves regular monitoring with the intent of starting treatment if the cancer progresses, rather than opting for treatment right away.

“We hope organizations reconsider the value of the PSA test in light of our estimates and revise their recommendations,” said coauthor Jonathan Shaog, MD, also of Weill Cornell Medicine. “More men should have the opportunity to get the benefits of screening. In my opinion, these outweigh the potential harms over a longer, more realistic time horizon for most healthy men.”