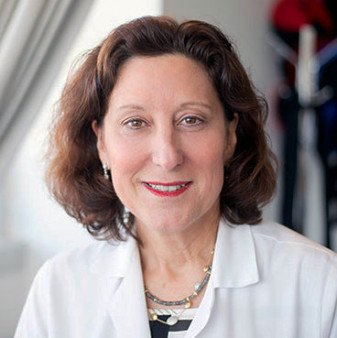 Although margetuximab delayed disease progression or death by less than a month overall, the survival benefit was greater for those with a genetic variant associated with poorer response to Herceptin (trastuzumab).

Around 20% of breast tumors overexpress HER2 (human epidermal growth factor receptor 2) and can be treated with the HER2-blocking monoclonal antibodies Herceptin or Perjeta (pertuzumab) or the antibody-drug conjugate Kadcyla (ado-trastuzumab emtansine), which combines the same antibody with a chemotherapy drug. But few options remain if these medications stop working.

Margetuximab is an engineered antibody that, like Herceptin, binds to HER2 and disrupts cell signaling that leads to cancer cell proliferation. But in addition, the so-called Fc region of margetuximab has been modified to have greater affinity for CD16A Fc-gamma receptors that activate immune cells to fight cancer and lower affinity for CD32B receptors that inhibit immune cells. In laboratory studies, margetuximab enhanced innate immune response by natural killer cells as well as adaptive immune response by B cells and T cells.

CD16A has two genetic variants, or alleles. The V allele binds easily to the Fc region of antibodies while the F allele does not bind as well. Around 15% of people have two V alleles, 40% have a double F genotype and about 45% have an FV combination. Some studies suggest that people with the F allele do not respond as well to therapeutic antibodies like Herceptin. Therefore, the researchers hypothesized that the higher-affinity margetuximab might have greater benefit for those with the FF or FV genotypes. SOPHIA is the first prospective study to look at the effect of Fc-gamma receptor genotype on response to HER2 inhibitors.

This study included 536 participants, including three men, with HER2-positive advanced breast cancer; the median age was about 56. Half had cancer that had spread to more than two sites. All had been treated with Herceptin and Perjeta, about 90% had used Kadcyla, almost all had used taxane chemotherapy, about half had taken hormone therapy and about 15% had tried the targeted therapy pill Tykerb (lapatinib).

Participants in this open-label study were randomly assigned to receive IV infusions of margetuximab or Herceptin plus a chemotherapy regimen chosen by the researchers (capecitabine, eribulin, gemcitabine or vinorelbine) in three-week cycles.

Looking at the full study population, progression-free survival (PFS)—meaning participants were still alive without worsening of disease—was 5.8 months in the margetuximab group compared with 4.9 months in the Herceptin group. Although this improvement was small, it was statistically significant, meaning it was probably not driven by chance.

However, an exploratory analysis by Fc-gamma receptor genotype revealed larger differences. Among people with the FF pattern, PFS was 8.2 months with margetuximab versus 5.6 months with Herceptin. Among those with the FV combination, the corresponding durations were 6.3 months and 4.3 months. In both cases, this represented about a 30% improvement. But among those with the VV genotype, PFS was actually shorter with margetuximab (4.8 months versus 5.6 months).

Based on an interim estimate, the median overall survival in the full study population was 18.9 months in the margetuximab group versus 17.2 months in the Herceptin group—only a 5% improvement. Among those with either FF or FV receptor genotypes, however, the survival difference was more substantial: 23.6 months versus 16.9 months, respectively. The next interim overall survival analysis is expected in late 2019.

The overall response rate (22.1% versus 16.0%) and the stable disease rate (56.9% versus 56.1%) were only slightly better in the margetuximab group relative to the Herceptin group. Complete responses were rare in both groups (2.7% and 1.5%, respectively).

Treatment was generally safe, and side effects were similar with margetuximab and Herceptin. About half of the participants in both groups experienced severe (Grade 3 or higher) adverse events and about 3% stopped treatment for this reason. The most common adverse events in both groups were fatigue, nausea, diarrhea, neutropenia (white blood cell deficiency) and anemia. Infusion reactions were more common with margetuximab (12.9% versus 3.8%), but they usually were not severe and were easily managed, according to Rugo.

“With no FDA-approved therapies after progression on trastuzumab, pertuzumab and ado-trastuzumab emtansine, patients with HER2-positive metastatic breast cancer continue to need new treatment options,” Rugo said in a press release from MacroGenics, which is developing the new therapy. “If approved, based on SOPHIA data, I believe that margetuximab could become a valuable treatment option for these patients.”