Medicare Advantage plans have lower premiums than Medigap plans but can be very expensive if you have a serious disease such as cancer.

The private Medicare Advantage (MA) health coverage plans that seniors can pay for to supplement the gaps in their traditional Medicare coverage sometimes offer attractive features, such as discounts on gym memberships. But they come with critical gaps and shortfalls—especially for people with serious conditions, such as cancer, MedPage Today reports.

Consumer advocate Ralph Nader has gone so far as to lambaste these plans as “Medicare disadvantage” plans. Some critics have called them full-on scams that enrich insurance companies at the expense of seniors. These plans may offer a false sense of financial security, one that can be shattered in the event that an individual experiences a major health problem, when out-of-pocket expenses can balloon.

Some 22 million seniors have MA plans, which are offered by private insurers and come with a monthly premium. These private plans are designed to cover the same services that Medicare covers plus those included in what’s known as Part C, which Medicare doesn’t cover. Medicare Advantage plans often offer lower premiums than the alternative Medigap plans, but those lower costs often come with much higher out-of-pocket expenses.

Problems with MA plans include poor transparency, limited health care provider networks and the difficulty consumers can have transitioning out of such coverage. “Plans may purposefully understaff specialties to avoid attracting enrollees with expensive preexisting conditions, like cancer and mental illness,” American Medical Association (AMA) spokesperson Robert Mills told Medscape. If people on MA plans experience a major health problem, they may find their plan restricts coverage. They may even be compelled to spend down their assets to qualify for Medicaid coverage, which many doctors don’t take.

Once you find out that your MA plan isn’t adequately covering you, however, it may be tricky to extricate yourself. For Medicare recipients who find themselves under the dual weight of health problems and high health care costs, switching from Medicare Advantage and into traditional Medicare plus a Medigap plan can prove extremely difficult if it has been more than a year since they first signed up for Medicare. Once that year has passed, Medigap plans may reject people for coverage if they have any number of preexisting medical conditions.

The exception to this restriction is if an individual lives in New York, Massachusetts, Connecticut or Maine, which forbid Medigap plans from excluding new enrollees because of preexisting conditions, even after that one-year window. A few other exceptions to the restriction apply in the remaining states, including if an individual loses retiree health coverage.

In 2018, the AMA passed a resolution blasting the marketing of Medicare Advantage plans as peddling misinformation and relying on confusing sales tactics. And just recently, the organization passed a resolution pushing for stricter regulation of MA plans. The AMA wants the federal Centers for Medicare & Medicaid Services as well as companies offering such plans to do a much better job of communicating what exactly the plans entail. 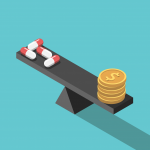 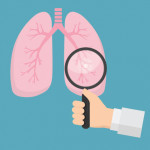