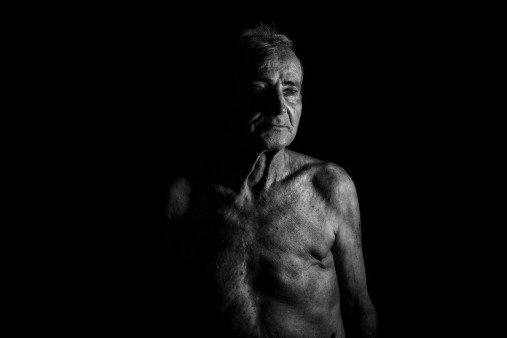 Most male breast cancer patients have tumors that would likely respond to hormone therapy, but nearly a quarter of them do not receive this type of treatment to prevent cancer recurrence, according to research published recently in the Annals of Oncology. Many may also undergo more extensive surgery than is necessary.

Breast cancer is much less common in men than in women. About 2,550 men will be diagnosed with invasive breast cancer and about 480 will die from it each year, according to the American Cancer Society. Most breast cancer studies exclude men, so less is known about how best to treat them.

In an effort to learn more about how to manage the disease, Fatima Cardoso, MD, of Champalimaud Clinical Center in Lisbon and colleagues with the International Male Breast Cancer Program conducted a retrospective analysis of breast cancer cases diagnosed in men between 1990 and 2010.

The program has enrolled over 1,800 men at more than 90 centers in Europe, the United States and South America. This retrospective study included 1,483 patients with tumor samples available for analysis. The median age at diagnosis was 68; less than 2 percent of the men were younger than 40.

Among those whose status was known, 94.9 percent of the men were diagnosed with early breast cancer, and more than half of these had no lymph node involvement, the researchers reported. Most had ductal invasive carcinoma. In 3.8 percent of the men the cancer had already metastasized, or spread beyond the breast, at the time of diagnosis. 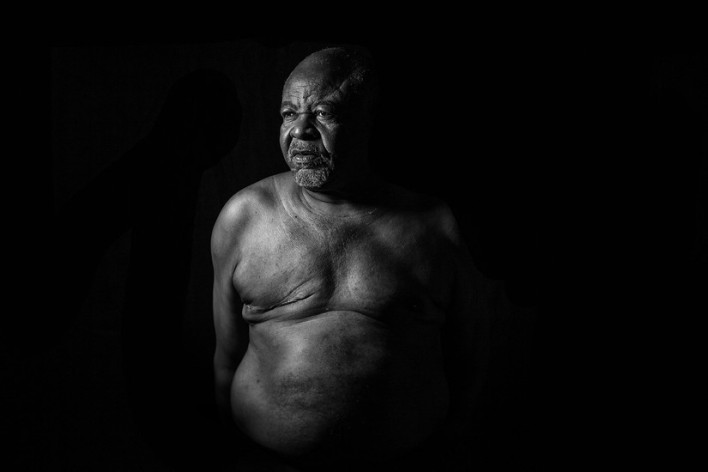 Breast cancer is classified by the kind of receptors it expresses, which indicates which types of treatment are likely to work. A majority of breast cancer in women carries receptors for estrogen or progesterone and treatment usually includes hormone-blocking drugs; men often have tumors with androgen (male hormone) receptors. Other tumors express HER2 (human epidermal growth factor receptor 2) and can be treated with HER2 inhibitors like Herceptin (trastuzumab). Triple-negative breast cancer doesn’t express any of these receptors and is hardest to treat.

Looking at types of treatment, most men with nonmetastatic cancer (95.9 percent) underwent mastectomies, or complete breast removal. Although about half had small tumors, just 4 percent received breast-conserving surgery. After surgery, 68.1 percent of men with lymph node involvement—the ones most likely to benefit—and 31.6 percent of those without received adjuvant radiation therapy aimed at preventing cancer recurrence.

The researchers found that 29.8 percent of the men received adjuvant chemotherapy and 76.8 percent received adjuvant hormone therapy, mostly with tamoxifen—considerably fewer than the proportion who might benefit based on genetic analysis. However, the proportion of patients using adjuvant hormone therapy did increase over time. More than 6 percent received aromatase inhibitors, an approach the study authors said should be avoided in men with normal testosterone levels (that is, those who have not undergone surgical or medical castration). Among HER2 positive men diagnosed in 2006 or later, 75 percent received Herceptin.

The researchers acknowledged the limitations of a retrospective analysis and noted that a second part of the program will prospectively follow newly diagnosed men.

“The worrisome findings of lower quality of care patterns seen call for the development of consensus guidelines and the need for inclusion of male patients in breast cancer clinical trials to obtain the necessary information to guide treatment decisions in this population,” they concluded. 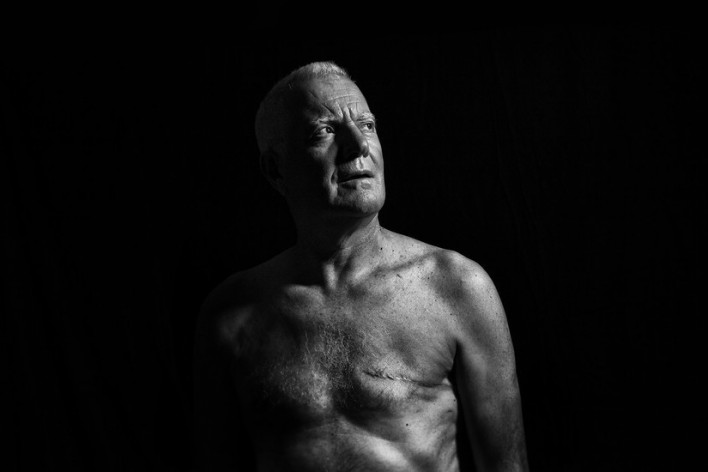 This recommendation was echoed by Robert Mansel, MD, of Cardiff University School of Medicine and chair of the 11th European Breast Cancer Conference, which took place March 21 to 23 in Barcelona.

After a presentation of research showing that pretreatment with targeted therapy to shrink tumors could allow some women with breast cancer to avoid radical mastectomies in favor of breast-conserving surgery, he said that these findings could apply to men with breast cancer too, but we don’t know because they are almost never included in clinical trials.

“We need trials to start including men, so that we can discover whether or not they respond in the same way to targeted treatments as women,” Mansel said in a press release issued by the European Cancer Organization. “They may not, because the hormones involved in the cancer are different, but until this is investigated in trials, we do not know what is the best treatment for them.”

“The cosmetic result after surgery is important for men too,” he continued. “At present, men with breast cancer often undergo radical surgery to remove all the cancer, but why should surgeons remove the nipple and the areola, if it’s not necessary? Men feel self-conscious about how this looks because if they want to swim or go to the beach their chests are uncovered if they wear swimming trunks. They could benefit from more conservative surgery that preserves the nipple and areola.”

The images here are from Lisbon photographer Jose Ferreira, who has done a series documenting men living with breast cancer, accompanied by commentary from Fatima Cardoso.

“This decision [to treat most male breast cancer patients with complete mastectomy] is based on the wrong notion that the procedure will have a small impact in men and no major physical or psychological consequences,” Cardoso writes. “The emotional and psychological consequences of the disease and its treatment are as relevant in men as in women.... Besides scientific advancements, it is urgent to give voice to these men, to help them break taboos and understand their needs, without prejudice or preconceptions.”

Click here to read the Annals of Oncology study abstract.

Click here for more photos of men with breast cancer by Jose Ferreira.